Since I am stuck waiting for the next episode to be subbed, I was inspired to help spread the “Nirvana of Fire” love.  It is one of those dramas that everyone should be watching so we can all fangirl together.  So check out my 6 reasons as to why you should give this show a try, then quickly go click on episode 1 and join me in my obsession.  We fangirls have to stick together after all.

During the 4th century, war broke out between the feudal Northern Wei dynasty and Southern Liang dynasties, leading Liang’s General Lin Xie to take his only child, the 19 year old Lin Shu, to battle. Unexpectedly, Lin Xie was framed by a political rival, causing the unjust deaths of seventy thousand Chiyan army soldiers, just after they drove off the hostile Wei forces.

After barely escaping with his life, Lin Shu establishes the Jiangzuo Alliance with the help of Langya Hall and makes a name for himself as Mei Changsu, chief of the pugilistic world. Under the alias of Su Zhe, he returns to the capital of Liang 12 years on to overturn the injustices imposed on the Chiyan Army and secretly assist his friend the unfavoured Prince Xiao Jingyan in his battle for the throne.

WARNING:  There are a lot of characters to get background info on.  I promise that it gets easier to keep everyone straight by ep 4.  If you have any questions you are welcome to ask me in the comments, on Facebook, or on Twitter. I am always happy to help another drama addict.

I know that this might not be everyone’s cup of tea, but I still urge you to give it a chance.  Rarely have I ever watched a drama where every little movement/dialogue of the characters means something in the grand scheme of things.  Mei Changsu brings Machiavellian level plots into the capital as he works on shaking up the monarchy and it is a joy to watch.

It is crazy addictive and I am constantly pushing “next episode” to see how things turn out.

From Princes, Generals, The Emperor, Concubines, & Underlings Galore.  There is no end to the interesting side characters that make up the Nirvana world.  Originally this was going to be a post on five reasons to watch……but as I thought about it, it just seemed wrong to leave out so many great actors from the list. 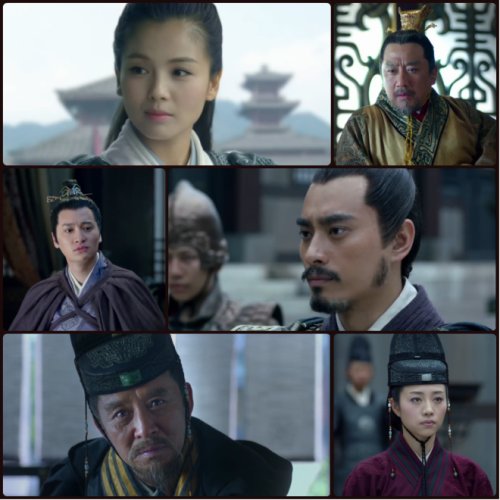 So #5 is dedicated to all of you B-Characters that enriched this drama.

This drama is movie quality in its cinematography.  Beautiful scenery, amazing styling, and detailed to the nth degree. There is definitely bonuses from watching a show that is completely finished before it begins airing.  Something Kdramas can sometimes lose when they go into the live airing episodes.

The pièce de résistance was a phenomenal battle scene in ep 44.  It was one of the most realistic and intense battle scenes that I have ever watched in a drama.  And keep in mind, that I have watched a truckload of dramas.  It was impressive.

While Mei Changsu is the main character of the drama, Xiao Jingyan, The Prince of Jing, is the one I tend to gravitate to. Not only is he stubbornly moral in a court of greed and dishonesty, but he has the most amazing cheekbones.  Sorry, this Ahjumma loves a pretty face.

Too honest to be a contender for the throne, Xiao Jingyan has lived his life as an ignored prince.  Mostly sent out to the battlegrounds to keep the peace on the boarders.  Upon returning to the capital he finds support from strategist Mei Changsu, not realizing that he’s the best friend he thinks is dead.

I know that Hu Ge has done a ton of dramas (many that I have watched), but this is the first time I really have connected to him as an actor.  He was made for this role. 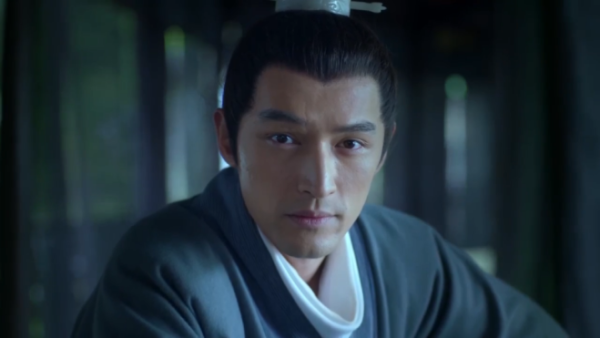 Strong, silent, and tormented, he plays everyone like a puppeteer put on an elaborate puppet show.  All Mei Changsu wants is to make his bestie the new emperor and make sure that the sins of the past are brought to light.  He is willing to do all the dirty work so that his bestie doesn’t have to feel morally corrupted.

Which brings us to our #1 reason to give “Nirvana In Fire” a chance.  That’s right, THE BROMANCE!

There is nothing better than a good bromance.  Except maybe a tragic bromance.  Tragic, in that one half of the OTB (One True Bromance) doesn’t even know that he is in a bromance.  Yup, you heard correctly.  Prince Jing is unaware that his soul mate best friend is in fact alive and just a secret tunnel away, helping him gain the throne.  But that doesn’t stop the bromance from happening.  Oh, it happens whether you want it to or not.  Despite keeping secrets from his bestie, Mei Changsu starts emoting anytime Prince Jing comes into vicinity and it is glorious. 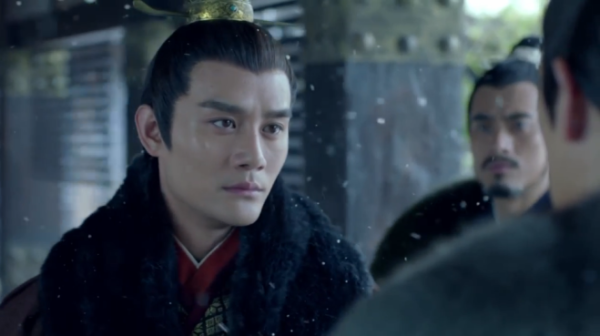 It is also fascinating to watch one half be so involved emotionally while the other is involved (despite logic) but not to the same degree.  Thankfully over time the new bond strengthens into something new and we viewers are able to watch a relationship that kicks most traditional romance storylines in the booty.  In other words, you will start for the revenge but stay for the bromance.

And this completes my top reasons why to start “Nirvana in Fire”.  If you are suddenly inspired to start watching (which you should be) go check it out at Viki.  It should be done being subbed in the next day or so and is ready for dramathoning. You can even watch it on your apps and various devices, since for once this is not a fan channel.  I love that we are getting more Chinese dramas subbed and available for the masses.  Something that was almost non-existent even a year ago.  But that is a topic for a future post. 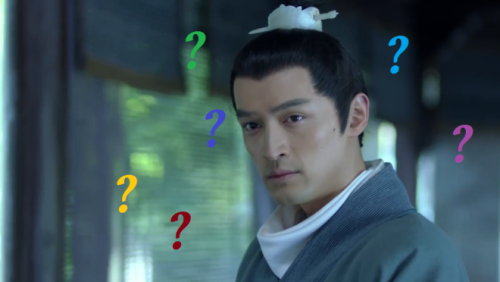 If you do begin to watch and have any questions (read the warning…..I swear stuff makes sense quickly, just not on the first episode) feel free to send me a message on FB, twitter, or even in the comments section of this post.  I am always happy to help others become more involved in their drama addiction.