Slowly (too slowly) we are making our way through the “End of Year” lists.  I always say I am going to be totally on top of it and finish before January 1st.  But here we are only on my favorite actors with several more lists yet to come.  But what is a kaddict to do when you have a topic with so many award winning performances?  Just keep on blogging of course.  Even if that means that it goes a little bit into 2016. Because it would be tragic to leave even one khottie stranded without my seal of approval.   Tragic I tell you.

So with that in mind, please put up with my long list.  I guess it is better to have too many great performances instead of going through a year of just crap shows.  Silver linings people. 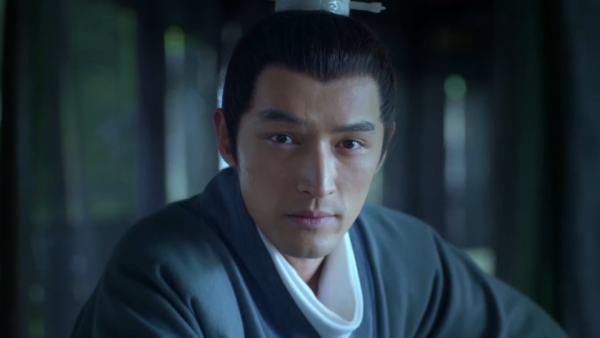 This was definitely the year of Chinese actor Hu Ge.  Not only was he in three different dramas in one year, but they were some of my favorites as well.  I also loved that all three characters could not be more different.  From a modern playboy afraid of love in  Good Times , to a spy in The Disguiser , and then his historical performance in Nirvana in Fire completing the trifecta. 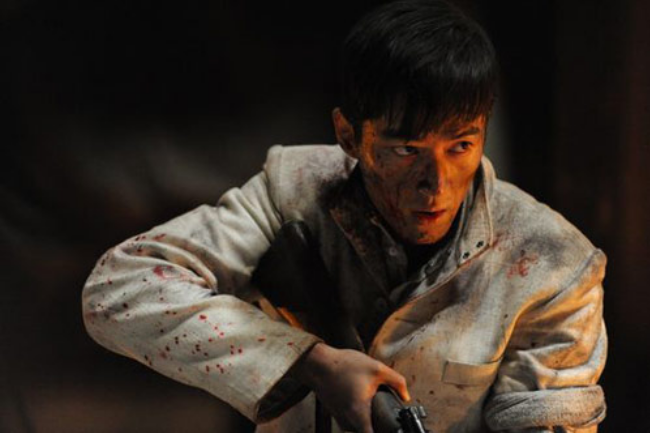 You are guaranteed to fall in love with at least one of his roles so be sure to check them out. **WHISPERS** Especially Nirvana in Fire which not only had one of the best cast but also the best writing of the year.

Yoo Ah In is one of those actors that is so amazing at becoming the characters you actually forget how good looking he is.  Such is the case when I watched his hit movie Veteran in which he played one of the most terrifying bad guys ever.  Yoo Ah In’s personal brand of entitled crazy gave me the creeps even though you don’t actually see any of the violence.

In Six Flying Dragons, Yoo Ah In plays a completely different character as Bang Won (future king). But even while Bang Won fights for freedom, he maintains a feeling of borderline tyrant which is hard to pull off while looking like a good little boy.  There is just something about an actor that can impart so many feelings without actually saying the words that is magical.  And out of everyone on my list, Yoo Ah In does that the best. 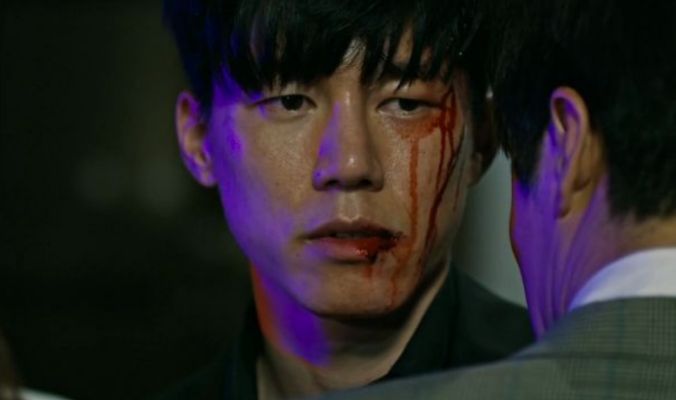 This actually isn’t one of my favorite dramas of the year, but Kim Mu Yeol still deserves a shout out for his great performance as Kim Do Hyeong.  On the outside, he looks like a sweet bumbling bank worker.  It is only when his fiancee disappears that his special ops training comes forward and turns him into the kdrama version of The Terminator. The show got a bit draggy for me in the 2nd half but still was worth watching.  If nothing else, then for his sexy exercise scenes.  They were a work of art. 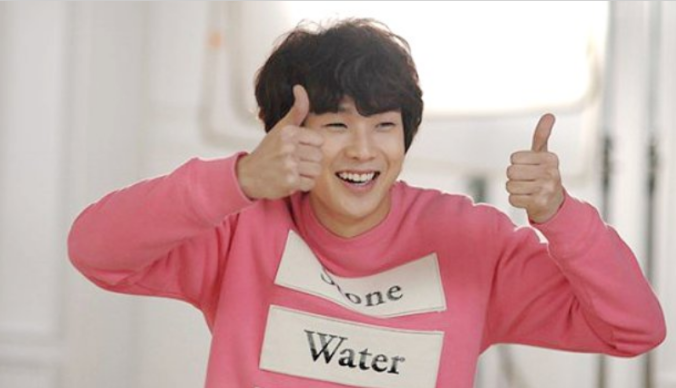 Ho Goooooooooooo!  I love you so much.  Every moment of your nice guy, with a core of crazy pigheaded steal, was perfectly crafted.  It was this character that made me wish for Choi Woo Shik to continue to be a leading man.  His performance of beta character Ho Goo was a work of comedic art and deserves all the recognition that is coming his way.  Let’s hope we will get to see Woo Shik on our screens again sooner than later.  And it goes without saying that he better be the leading man or I will have a bone of contention to pick with some blind producers.

Thank goodness Jung Kyung Ho’s 2015 drama Falling for Innocence was able to wash the memory of his bomb, Endless Love, from this bloggers memory.  UGH and now I remember it just by typing that sentence.  I hate that drama with a passion.  But back to how awesome Jung Kyun Ho was as Kang Min Ho, the hard ass businessman who got a new outlook on life after getting a heart transplant.  Kang Min Ho also got a new outlook on love with his secretary who just happened to be the fiance of the person who’s heart he received.  And before you ditch this drama for being too melo, let me inform you that this also was one of the funniest dramas this year.  Check out this cute fan video and tell me you don’t want to start watching immediately.

Ji Sung – Kill Me Heal Me

I was so happy when Ji Sung agreed to take on this role since it is rare to find someone who could play seven different characters in one drama.  Even harder to make me like them all, like them to a point where I actually mourned when they left the show.  So kudos to Ji Sung for being able to literally play anyone and make it likable.

I was so excited when this drama came out.  Especially since it was my first time seeing Cha Seung Won in a historical role.  And he nailed it, making Prince Gwang Hae come to life with layer upon layers of character growth.  Sadly, his character is overthrown and does not show up in the 2nd half of the drama.  It is my opinion that the drama decreased in quality and interest once Cha Seung Won disappeared from the show.  Just shows how the presence of an amazing actor can make or break a drama.

Ryu Joon Yeol is my vote for breakout actor of the year.  His portrayal of neighborhood bestie, Kim Jung Hwan, in Answer Me 1988 is superb.  And his tough guy outer layer which is hiding a sweetie underneath has totally enthralled this fangirl.  I look forward to watching him in 1988 as well as any future projects he might take on 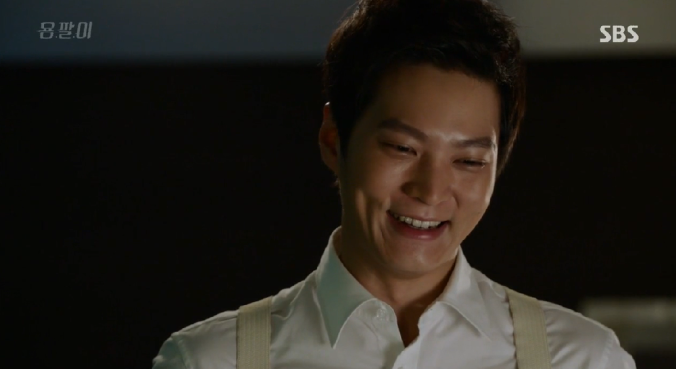 Oh, Yong Pal.  How I wish you could have been a drama that was equal in caliber to Joo Won’s performance.  Sadly, the writers choked and while Joo Won was perfection, the drama had more in common with a drunken crocodile trying to take down a wildebeest.   However, Kim Tae Hyun was by far the best thing about the show and Joo Won deserves some recognition on his ability to become the character he portrays.   I just hope that in his next drama, Joo Won is able to get a script and a leading lady that can keep up with his talent.

Seo In Guk – I Remember You 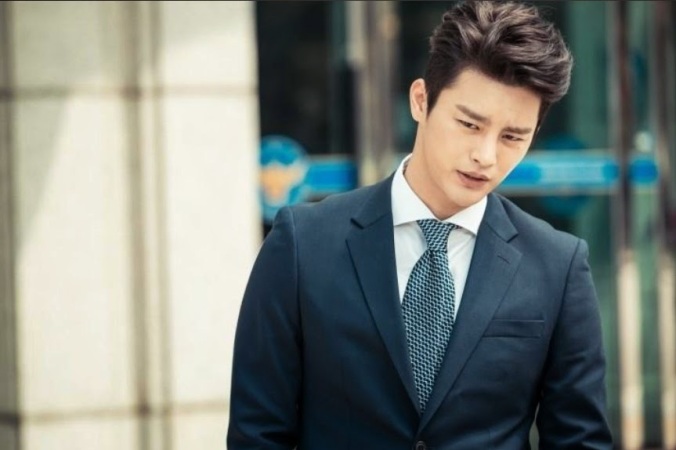 SQUEEEEE!  Saving my bias for last! Seo In Guk was absolutely brilliant as profiler Lee Hyun in I Remember You.  He was able to bring the emotionally dysfunctional character to life and had great chemistry not only with his leading lady but his two psychopath leading men as well.  This was a drama that had so many intricate dysfunctional relationships that most actors would get lost in the plot.  But Seo In Guk was able to always stay strong and be the focus even when his leading lady got a bit lost in the shuffle.

Phew, one more post out and off my to do list.  Be sure to check out all the other “End of Year” posts in the links below and have a Merry Christmas.