I love the holidays because it means that one of my best kbestie buddies can stop adulting and come out to play.  So what do we do for fun when we are not doing the whole parenting/student/working thing?  We chat kdramas of course!  And this time, we are going to touch on a topic that usually we don’t do in our End of Year Reviews.  That is, we are going to talk about those dramas we are in a love-hate relationship with.

Sadly, I would say that this was the year I had more dramas where I say ” I like it except for………..” So with that in mind, Jen and I compiled a list of things that we loved then hated then loved again…. or possibly hated again depending on the drama.

I Liked it In Theory

Let’s start with dramas where I loved the concept, but the outcome fell flat. 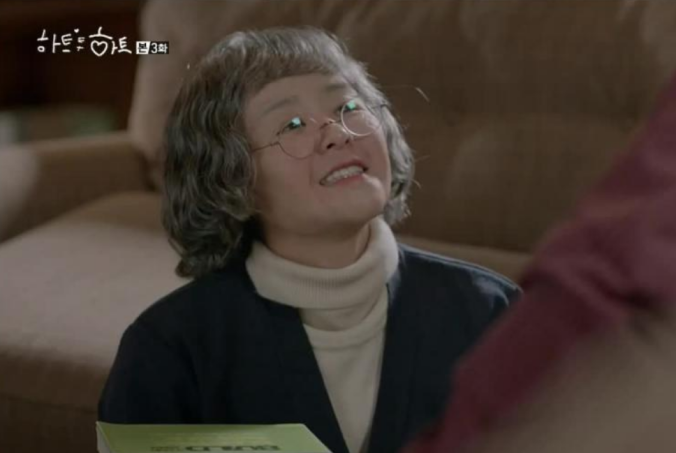 KMUSE: For me, my biggest disappointment was  Heart to Heart.  I really loved the idea of a female character hiding her psychological problems by dressing up in a grandma costume and being the housekeeper.  In my mind the OTP (One True Pairing) would go through hijinks, eventually falling in love.  Instead, we got a drama where that was not even the focus.  Instead, the main girl ends up hooking up with her shrink while both of them dealt with so many dysfunctional issues it made my head hurt.  The only reason I finished the show is because so many people on my Facebook page were loving it.  I guess we just have different ideas on what is great because that was one hot mess that I wished I had aborted back in ep 2. 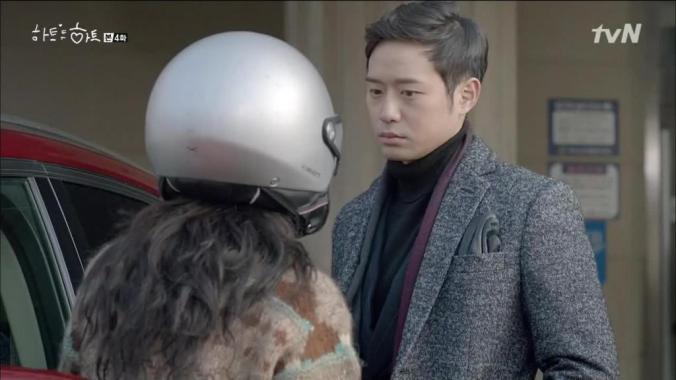 KdramaJen: No argument here.  I wanted to love this one.  The leading lady really does quirky well; I loved her in Protect the Boss.  I was just completely turned off by his manhandling of her helmet.  Yup.  If you haven’t seen it, she wears a helmet when not cosplaying as a granny.  Concept?  Really interesting.  Execution?  I could barely finish this one.

KMUSE: Another one I really wanted to like was Blood.  I personally am a huge fan of vampire shows (or, at least, US vampire shows).  And I had enjoyed Ahn Jae Hyeon in previous roles where he was a side character.  I was even behind the whole find a cure blah blah blah concept.  But after episode 1 it was obvious that something went terribly wrong in the translation from paper to actual drama.  The cast was mismatched, the plot was a mess, and the only person I ended up liking was the vamps bestie.  This was definitely a case where I loved the concept more than the reality.

KdramaJen:  I think I enjoyed this one longer than you did, but that was because this was one my hubby watched with me.  Sadly, though, the entertainment factor did not come from the quality of the show.  It was from our discussions about the obvious fact that they used up their CGI budget early and, well, the plot felt like the writers were trying to recreate Twilight and a really poorly written medical show while drinking soju.  It just lost its way.

KMUSE: I often have a love-hate relationship with dramas where the leads just do not mesh well.  Whether it is because of lack of chemistry, or sometimes one of the actor/actresses is just a lot better than the other making it grating on the nerves to watch them together.

KdramaJen: There is nothing worse than getting our expectations up for some sizzling scenes, only to be hit with indifference at best, and in some cases actually hoping the writers are just playing us and the real OTP (One True Pairing) is coming soon. 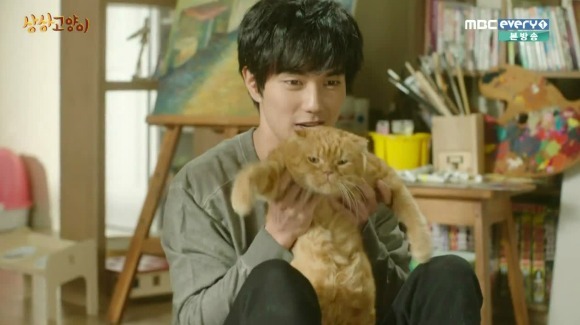 KMUSE: I think this is my choice for kdrama of the year where the leads had the LEAST chemistry ……. by far.  I am talking, Yoo Seung Ho literally had more chemistry with a cat than the girl they stuffed into the role.  It has gotten to the point where I wince anytime she is onscreen.  Thankfully Yoo Seung Ho is doing double duty with his new drama Remember which gives me my YSH fix.

KdramaJen:  Kmuse, you KNOW how much I love Yoo Seung Ho.  You are well aware of the fan-girling that occurred when he finally decided to come back to my small screen.  So, it was extremely disappointing to feel NOTHING as he parallel acted next to the leading lady.  Loved the cat.  Loved YSH.  Hated the wooden woman next to him.  Luckily, he is amazing in Remember and he seems to have chemistry with every actor, actress, cameraman, and key grip on the set.  Our YSH is rocking this role, so I am not ranting as much as I might be about the lack of anything resembling chemistry in Imaginary Cat. 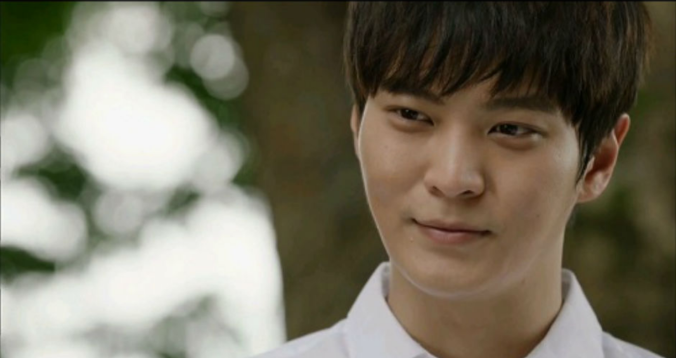 KMUSE: Joo Won!  You were perfect as usual.  Sadly, your leading lady just did not work.  I will admit that I think it is a combination of writing & directing  that screwed this one up.  Kim Tae Hee wasn’t that horrible and I felt with a better story line and a director that would let her do more than just look pretty, it could have been a better character and drama. 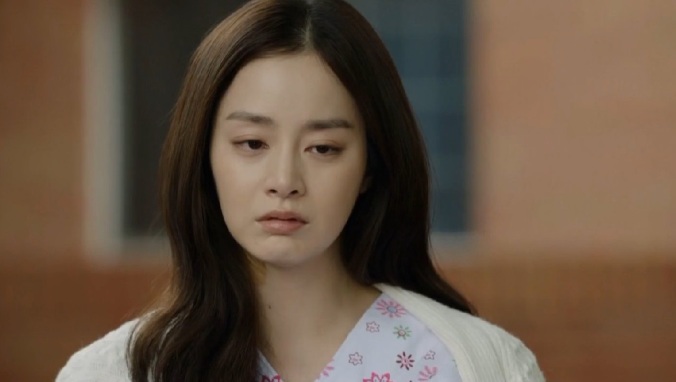 KdramaJen: Joo Won is one of my favorite actors.  He seems to immerse himself in the role and become the character.  He has successfully convinced me in the past that he is a vigilante, a doctor with autism, an aspiring conductor, and more.  I wanted to love this show!  I love Joo Won, love the concept of him as a genius doctor, loved the action, but…  I just could not get past the leading lady.  I thought they had better chemistry when she was in a coma.  I am sorry, Joo Won.  I still love you.

KMUSE:  I love both Kang So Ra & Yoo Yeon Seok.  I usually enjoy the writers.  I liked Jeju Island.  All these combined ended up sucking big time.

KdramaJen:  I saw this as a chance for Chilbongie to get the girl.  Yoo Yeon Seok was just so good as the sweet and adorable Chilbongie in Reply 1994.  Warm and Cozy was going to heal my heart.  It didn’t.  I didn’t hate this one like Kmuse, but I was definitely disappointed.  I loved the setting and I love both Yoo Yeon Seok and Kang So Ra.  I loved seeing the cutie from B1A4 and there were some clever nods to Kaddicts everywhere, such as theme songs from past Hong Sisters’ dramas and cameo appearances. It’s just that all of that gets forgotten when the male lead never believably transforms from jerk to sweet lover.  I felt like I had emotional whiplash. I could not fully understand his motivation and his actions. I blame the writers for crushing all of my hopes.  It was a beautiful setting with a strong cast.  This should have been a hot one, but instead, Warm and Cozy left me cold.

Can We Chang Our Leads?

And we can’t forget the dreaded curse of 2nd lead syndrome.  That moment where you would have loved the drama if only the leading lady/man had had the sense to fall in love with the right person. 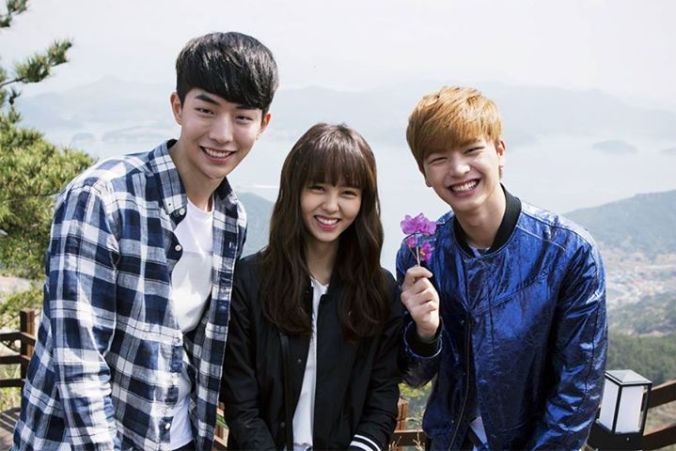 KdramaJen: I love the School series.  I completely fell for Lee Jong Suk after School 2013.  When School 2015 started, I was feeling great.  I liked the mystery concept, and although bullying has always been part of the School dramas, this one took it to a new level.  There was potential for some great storytelling.  I soon became completely smitten with Yook Sung Jae’s character.  He was real and accepting and quite clearly he should have gotten the girl.  Seriously?  In what alternate universe does the girl fall for the jerky guy who loved her sister first?  Oh, right, probably in a world where amnesia is a common occurrence and long lost twins show up unexpectedly.  I loved the bad boy with a wounded heart, but hated that he was not end-game.  I also loved the song Reset, but wished I could reset this whole drama so the right guy would get the girl.

KMUSE: I completely agree.  I would have been completely fine with her falling for the swimmer if they had actually had him do anything through the show.  It is as if they knew Yook Sung Jae was the fan favorite so they used him for ratings and then ditched him for the main guy.  Not cool writers.  We are on to you.

KMUSE:  I want to just slap the writers.  They managed to make the dopey leading lady fall in love with the wrong Hyun Bin.  How can you manage to screw that up?  Sure she ended up with the main guy (personality) in the end, but only after having a full relationship (including marriage) with the other one.  It was only when Robin “died” that she decided the other personality was 2nd best.  This is yet another drama where I loved the concept but the writers took all the joy from the actual end result.

KdramaJen:  What’s better than Hyun Bin?  Two Hyun Bins!  Well, I thought that would be the case.  I must admit something.  I could not finish this drama.  It was airing at a time when I had so many other things to do and…well, I was falling asleep each time I tried to watch.  In the end, I just stopped trying.  Sorry, Hyun Bin.  Maybe if I had tried a little harder or thought of your needs more we could have made this work, but I just had to grab my golden rope and swing out of your life.  I hope we meet again when you have found yourself and a drama that makes me squee.

Why Can’t it Last Forever?

KdramaJen:  I just had to put this in because I LOVED this drama, but HATE that it is over.  Park Bo Gum is back on my screen in Reply 1988, but Seo In Guk needs to be there too.  Let’s hope 2016 is full of our Khottie biases!

KMUSE:  You know I agree with you 100%.  I could have watched those three guys banter about killers and life philosophies forever.  If the writers can make me ignore the fact that they are hanging out and dining together right next to the spot where one of them murdered the other twos father……..you know it is a good show. #DisfunctionalBromance4Ever

KdramaJen:  Thanks for letting me take a break from my secret life as a mom and adult with a real job.  Oh, wait, I guess that’s not the secret part…  Regardless, it is always fun to chat Kdramas, especially when I get to share my strong opinions!  Happy 2016!

KMUSE:  This was so much fun.  We will have to do it again next holiday.  Maybe New Year!  For all of you who would like to check out our other End of Year reviews; check out the links below.  Also, be sure to tell us what dramas you had a love-hate relationship with either in the comments or on our FB page. 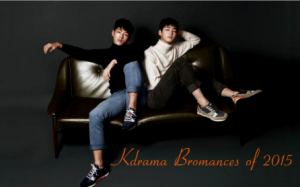