I am so excited to start our new segment!  It just so happens that Drama Geek and I live in the same town.  A town that recently has seen a huge increase on Asian films showing at our local theater.  So what better excuse do we need for going to see said films, then for our blog? So please join us with our first ever “Drama Geek and Kmuse’s Night Out to The Movies” review as we discuss the Korean film The Himalayas.

Quick side note from Drama Geek (formally known as JenKaddict). There are too many Jen’s on this site, so I changed it to something a little more indicative of my personality. No, I’ve never been in theater, but I do love dramas and almost anything geek related.

Supplies You Will Need When Watching This Movie

You have officially been warned.  I was also warned but ignored the advice of others and left the theater dehydrated, with a headache, and a wet sleeve from sopping up the tears.  It doesn’t matter if you are not really a crier.  You will be crying during this movie for at least an hour.  BE PREPARED.

KMUSE: I was amazed at how the director was able to make me feel like I was there with the people in the film.  He truly captured the larger than life feel of the mountains as well as how insignificant the people were who climbed it.  The sheer scale of the scenes was at times overwhelming.

DRAMA GEEK: I really did feel like on was on the mountains with them. Not just in these panoramic views, but on the side of the cliff when the only thing keeping them alive was a rope and an anchor to sheer ice. 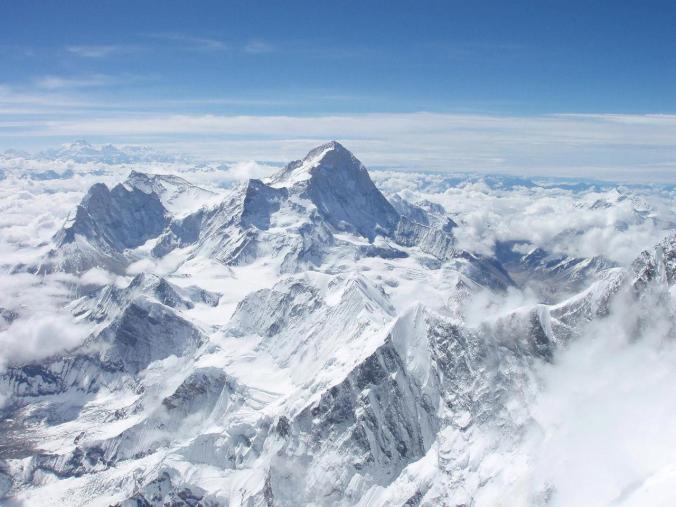 KMUSE: I never felt that the actors were safe and sound on a small hill right outside of a comfy alpine town.  Emotionally it felt that they were high on those mountain peaks in constant peril.  Not once did the film break from the emotional intensity of those mountains.

DRAMA GEEK: In the preview you can see that the actors faces are really chapped and red, it’s not just makeup. I know they filmed a lot of it in the Himalayas. I’m sure they were always really far down on the mountain and safe, but I do think they went through a lot to film this movie.

KMUSE: One thing I loved is that the action in the show never felt overdone.  There were no moments when I rolled my eyes and thought that this was such a stupid and unrealistic stunt done on a green screen.  Every intense moment felt real and I think that it was this realism that made me so emotionally invested in the show.  When a line broke, or an avalanche occurred, I gasped and actually felt a fear that something was going to happen to the characters.  For me, they felt real. (DRAMA GEEK: She really did jump a few times. LOL)

DRAMA GEEK: It’s funny before I went to see the movie I told my husband it was about the Himalayas and he asked if anyone would be eating butt during the movie. If you are younger, you probably won’t get this reference. But back in 1993, Ethan Hawke starred in a different movie based on a true story about a rugby team stuck in the Andes mountains. It was a story of survival and the true human spirit. I think any movie about humans doing the impossible, like climbing Mount Everest, is about the true spirit that lives inside us. Sorry, not trying to get all philosophical on you. But what these climbers did was beyond my comprehension. The first half of the movie shows us the bond they all create and nurture. A bond, probably akin to that of soldiers in war. Something I will never truly understand. The first half is full of laughs and lovely bromance and cute family moments. Everything I’ve come to expect from Kdramas. 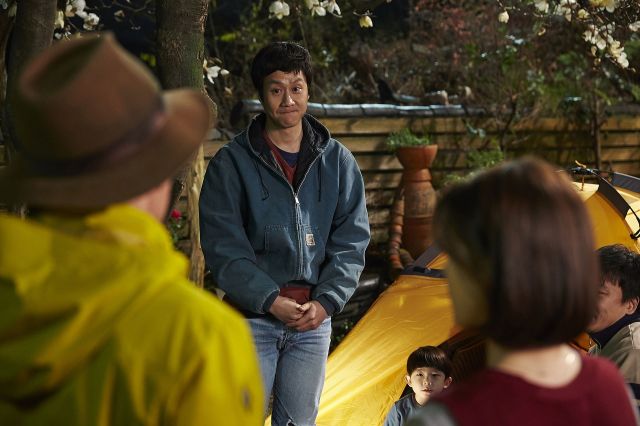 KMUSE: I was surprised when we had so many great bonding/funny moments in the first half of the film.  For some reason, I was expecting to jump into the movie with the great friendships already developed and then just shift into the rescue/retrieval part of the story.  The way they did it was so much more effective in making you involved with their lives.  You just felt such an amazing bond between the two leads as they climbed peak after peak together.   And then begin the uncontrollable tears.

DRAMA GEEK: Yes, you get to the midway point and you bawl your head off for the rest of the movie. It’s not a spoiler to tell you that one of the climbing team dies, because it’s in the premise of the movie. They climb the mountain to retrieve their team members dead body. Not to save him. But to bring him home to rest. This is where I can’t fathom loving someone this much. This morning I looked to see how many people have died on Mount Everest. 250 people. Which if you think about how many people actually try to climb it, is a lot. And that’s only Everest.

DRAMA GEEK: My biggest take away from this movie  was the length these climbers went for their fallen brother. Jung Woo and Hwang Jung-min portrayed their relationship in such a touching and heartwarming way. One of my favorite scenes happens during their first climb. They’re stuck on the side of the mountain waiting out the storm over night, about 100 meters from the summit. If they fall asleep they’ll die. If they sneeze, they’ll die. While they’re talking, trying to keep each other awake, Jung Woo’s character asks his captain if just this one time he can call him hyungnim. If you watch a lot of Kdrama you know what this means. It was that moment that solidified their bond, for the rest of theirs lives, and even into death. The movie wasn’t about the pulled away shots, showing the vastness of the Himalayas, but the close up of these two people on the side of the mountain.

KMUSE: I 2nd everything Drama Geek just said.  The bond between Jung Woo and Hwang Jung Min was amazing and something I can’t even imagine.  One of the moments that touched me most was when Jung Min was watching old film footage of his friend (after the funeral) where Jung Woo commented that you have to come down the mountain if you go up.  Which triggered Jung Min’s characters desire to bring his friends remains home (even just thinking about that scene makes me tear up again.)  So many heartfelt scenes that have burned themselves into my memory.  By the end, I truly was mourning with every person in that movie.  It was truly a beautiful and emotional two hours.

DRAMA GEEK: Come for the gorgeous views of the Himalayas, and tense life and death situations. Stay for a glimpse at true friendship. Crazy as it may be. I give this movie. 4 out of 5 tissues.

KMUSE: Despite the fact that all I did was cry, I truly recommend this movie.  It is rare that I get so involved in a show that I forget that it is not real.  I give it 5 out of 5 tissues because it is a day later and I developed a pressure headache from all the crying.  I am not kidding, bring Tylenol and tissues.  You are going to need it.

0 thoughts on “Drama Geek & Kmuse’s Night Out To The Movies: The Himalayas”