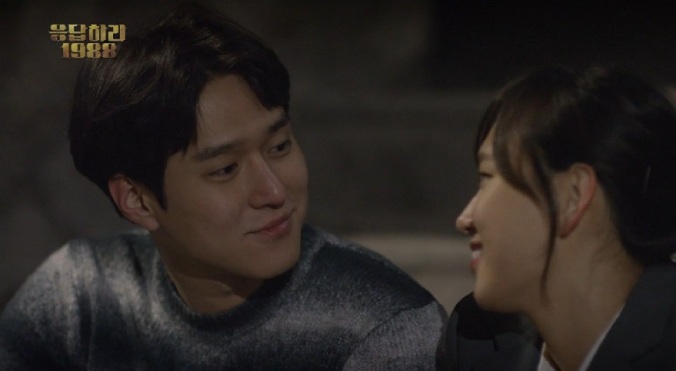 It is actually very hard to write this review because it will be my last recap for the drama.  But I must suck it up and give the people what they want (or don’t want depending on who you talk to) and reveal “THE HUSBAND”.  Except that will come later since there was so much more than just the reveal in this episode.  Because at the end of the day this is a story about a block, not one couple, and the relationships that make life worth living.  So without further ado let’s jump into my recap of Episode 19.

I might have gone on a little bit of an 80’s themed pandorafest this weekend.  And oddly enough this song (not from the 80’s) snuck its way in and totally clicked.  It really does describe every single relationship in the show.  Hence the recap title and really the theme for the whole drama.  So just in case you want to be totally in tune with my feelings, feel free to give it a bit of a listen while you read the recap.  I also really wish I did FMV on youtube because this would totally be awesome for a 1988 one….. if anyone out there reads this and has a ton of time on their hands to the point you actually put it together….tag me.

I have really loved following these two as they work out their differences.  We see just the right amount of their love.  A little bit of conflict, a little bit of pain, some great make-out scenes.  It really is the perfect side character relationship.  And this episode is no different as we get to find out if Sun Woo will take back Bo Ra.  Thankfully both have matured in their years apart and Sun Woo makes some conditions before he will date BoRa again. First, no more honorifics (WOOT).  If they are going to be a couple it will be equal.  Second, she needs to put him first.  No more running away if things get hard and she doesn’t want to talk it through.  And third, if they are going to do this, it will be with marriage as the end game. SQUEEEEEEEE!  Bo Ra agrees to all three conditions and their epic romance is back on track.

My second favorite scene in this episode was the accidental reveal to the blog buddies.  Soo Won rushes into Taek’s room declaring his joy over getting back with Bo Ra after 4 years.  And what follows is comedic gold.  The puppy like happiness of Soo Won, the hilarious Taek trying to tell him to shut up with his eyes, Duk Seon & Dong-Ryong  jaw-dropping reaction to the unbelievable news.  Everything about this scene was epic. 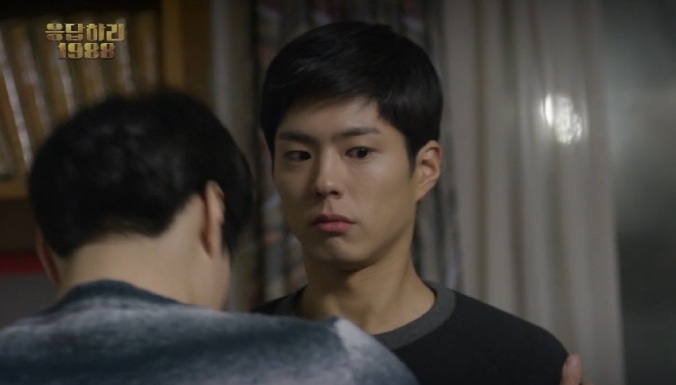 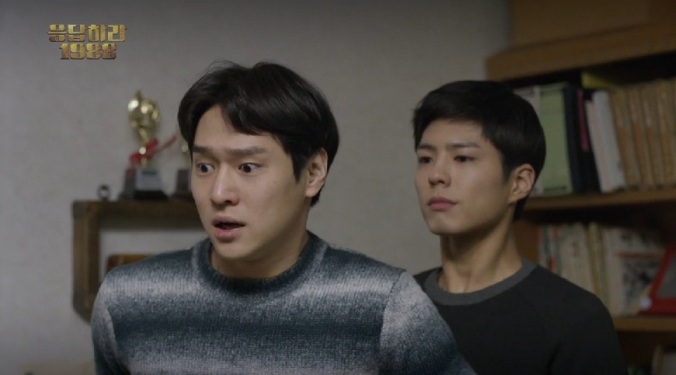 Sadly, everything is not all flowers and sausages just quite yet.  For some reason, both sets of parents declare that there is no way there can be a relationship between Bo Ra and Sun Woo.  WHAT THE FUDGE?  Is there some birth secret I don’t know about?  Did Bo Ra’s parents kill Sun Woo’s father (I know that isn’t what happened, but doesn’t it seem that is always one of the tropes in this type of situation?).   Sadly, we will have to wait til Episode 20 to find out the big reason why they can’t marry.

We, of course, can’t forget our parents in all the hullabaloo regarding love triangles.  And while I do think that a bit of the menopause storyline could have been shortened in order to have a few more romantic OTP scenes, it did lead to this amazing moment which I LOVED!!!!!!  And since the writer combined the two events, I also will be combining the discussion of the Wedding party and the retirement plaque.

Daddy Sung was forced into retirement (still a little cranky at his wife for not letting him retire when he wanted to.) Instead of a big event from his bank, he has a small ceremony where Daddy Sung is one of many.  Enraged, his children created their own beautiful plaque that honors not only his hard work at the bank but all his accomplishments as a father.  It was truly beautiful and such a great moment that could be shared by all his family and friends.

But it was not just a celebration for Daddy Sung, but also a get together for Ms. Cheetah’s birthday (it is so cute how all the block besties use that as her name).  Jung Hwan’s mother has been going through menopause and having extreme mood swings and depression.  In an effort to cheer her up, Jung Hwan and Jung Bong plan a dinner and 2nd wedding ceremony where they can take official photos.  It seems that the couple’s first wedding party were nonexistent and they had just made a fake photo to commemorate. I am tearing up at just the thoughtfulness of these two boys for their mother. The party ended perfectly with an impromptu dance party.  Sheer perfection.

One of the things I had the most issue with was  Jung Hwan and Taek’s lack of communication back in high school (Realistic but very frustrating.) Instead, they both became noble idiots (which is still sweet, but come on, just communicate already) and everyone ended up alone.  With 4 years of maturity under their belts, this thankfully did not happen again.  Taek goes to the air force base to talk to Jung Hwan and brings up the photo.  Jung Hwan brushes it off and tells him that was ages ago.  Then tells Taek to go after her already.  Aw….bromance for the win.  I do like that it was simple, sweet, and also, that Jung Hwan did not let on that he still had feelings.  If you are going to let it go, don’t add sadness to the moment. 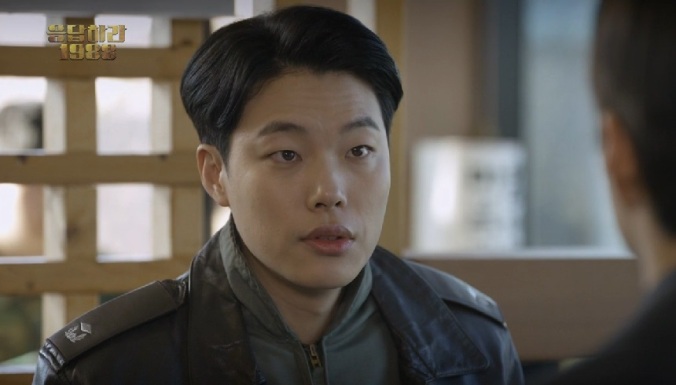 I have to admit that I was a bit more on Team Jung Hwan than Team Taek after the confession in episode 18.  HOWEVER, I can understand why this ship is the endgame.  If you take away the future husband/wife part it is pretty obvious that this was a valid conclusion to the love triangle.  And as Jung Hwan had previously discovered, Taek goes for it when he makes a decision.  He is not one to sit and obsess about what might happen.  So it is only realistic that he won Duk Seon’s heart.  And if I was on the fence before, the kiss scene totally won me over.  The joy of watching Park Bo Gum kiss someone was pretty awesome.   Talk about sizzling.  And if a tiny bit of my heart broke for Jung Hwan, that is only to be expected.  I always knew that I would feel bad for either guy if they didn’t succeed in their first love.  I just hope he goes on to a new love and has learned to go for it and not keep his feelings bottled inside.

I was always aware that these writers tend to have a bit of a troll issue when it comes to the “future husband” plot line.  It happened in 1997, it practically drowned anything else in 1994, so of course it was obvious there would be some trolling in the newest installment.  I am just thankful that they kept it within normal bounds and did not go overboard.  Sadly, no matter what, this kind of story line is going to create some hurt feelings.  You fall in love with the characters and feel betrayed a bit during the reveal.  I also disliked that Duk Seon’s own emotions were kept so confined that only in retrospect can we see the OTP in a romantic light.  But in order to create this type of story, you have to have these type of aspects to keep the mystery up.

I know that there are a lot of people upset over who Duk Seon’s husband ended up being.  Personally, I think if your feelings for the show were totally ruined because of this, then you lost the whole point of the drama.  It was not about one single girls decision on who to marry.  The whole drama was about families who live on the same street creating friendship, overcoming hardships and just growing older together.  This is not a show where the OTP (one true pairing) was the focus and it should not define the drama as a whole.  If it did for you, then I suggest going back and just FF any Duk Seon romantic moments and watch everything else since that means you missed 80% of the rest of the plot and that is what is truly tragic. 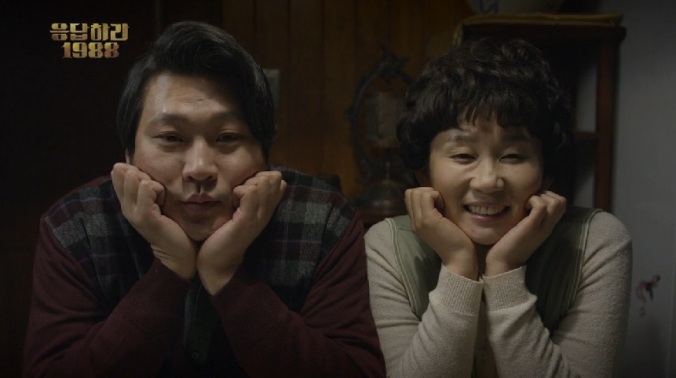 Be sure to check back tomorrow for Jennie’s recap of the finale as well as a bonus post where all The Fangirls come together to discuss the show as a whole.  It has been wonderful sharing my feelings about our 1988 gang and I look forward to chatting with you (later this week) in my new drama recaps.