Looking from the outside in, those who watch Asian dramas seem like a peculiar people. I mean, why watch shows in a different language when there’s plenty of good stuff in English? But there’s all whole new world waiting just outside the usual Netflix fare.

I present to you, ten things people who watch Asian dramas (especially Kdramas) aren’t afraid to do.

I had no idea this was big deal until I started watching Asian dramas. I’ll usually have subtitles on when I watch in English, because I don’t want to miss anything. Since trying to convert my friends, however, I’ve realized many people can’t get over this.

Some don’t want to put in the effort because they like to do other things, but in time it’s easy to be busy while watching dramas. Today I made fry bread while watching Cheese in the Trap. I probably wouldn’t have made the bread if I didn’t have the drama to watch with it.

Others have trouble keeping up. In the beginning it can be hard to catch everything that’s being said, but the more you watch, the faster your reading time increases. That can never be a bad thing.

There was a time when I was TERRIFIED of Asian languages. My father is already fluent in Korean (he used to live there) and every time he tried to teach me a word, I would be totally clueless.

Looking back, I think I programmed myself not to hear correctly because I already assumed it would be too hard. Now, I’m even reading Hangul. I never thought it would be possible until I learned it was a phonetic language. The experience has been freeing.

Kimchi, tteokbokki, kimbap, and jajangmyeong. There are so many foods I eat on a regular basis that I had never tried before, or only ate sparingly. I have a gigantic tub of gochujang in my fridge, and seaweed in my pantry. I never saw myself thinking of those things as staples. My bread consumption has gone down where my rice consumption has gone up. 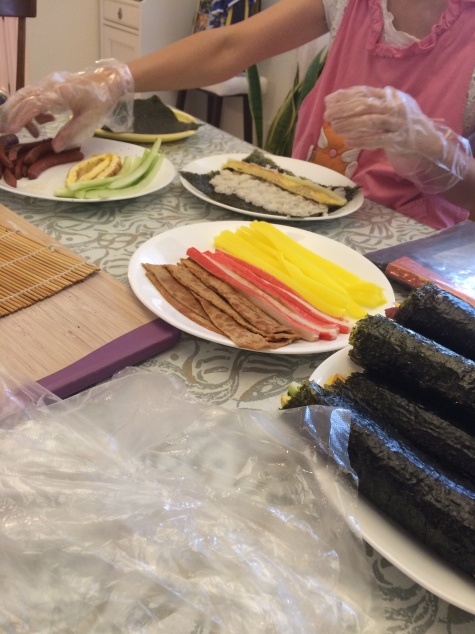 I even tried my first bowl of seaweed soup at Korean birthday party over the weekend. It’s really amazing where this Asian drama journey has lead me.

I haven’t had the chance to leave the country yet, but I’m already making plans to visit Korea in summer 2017. One of my dearest friends, Shelly (who’s blogged on here before) is in China right now teaching English, it’s something she might’ve never experienced if it weren’t for dramas. 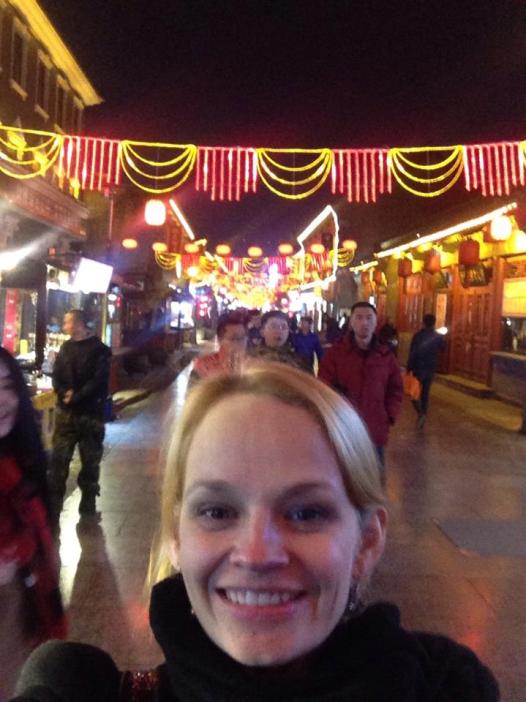 Before dramas, I wouldn’t have considered traveling to an Asian country, and now it tops my list. I even have friends who have moved to the other side of the globe because of it.

I’ll admit it, for the majority of my life I lived as ignorant white girl who hadn’t considered the impact the color of someone’s skin had on media. It wasn’t until I started watching dramas that I began to see the lack of diversity in English produced works. I even wrote books with all white characters that were (thankfully) never published. 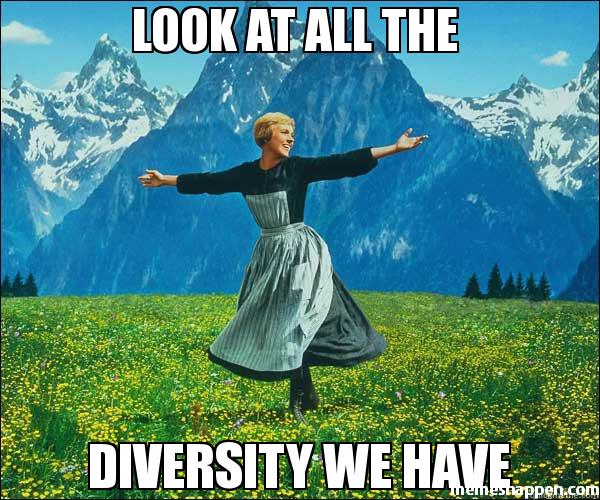 Now I’m writing a young adult fantasy based in India without a single white character to be found. I get excited when I see other races portrayed on English television, and even more excited when I see diversity in a Kdrama. Moorim School, FIGHTING!

This one might not seem like that big of a deal. Everyone has things they’re interested in. Heck, there’s comic con isn’t there? (which I totally approve of, BTW) But since us drama watchers (and Asian pop lovers) are so few and far between, we tend to fangirl harder to make up the difference. I’ve never thrown myself so passionately into a fandom, and I’ve never been so proud to call myself a fangirl. 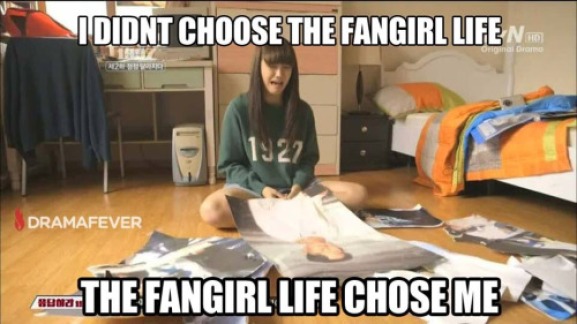 Random, I know, but this thought is actually what sparked this post. It’s cold and flu season, yet cute face masks are only available online. Drama watchers see the face masks so often it’s no longer weird. Same with other wonderful head/face gear Asia has to offer.

Oh yes, and those cleansing masks are sooo soothing.

I’m not saying people who don’t watch dramas can’t be cute. In fact, anything on this list can apply to anyone else, but this brand of cute tends to run stronger in with drama watchers, especially the K-variety. Before dramas I would never make peace signs or blow my cheeks out in a picture, but now that’s the norm.

Aegyo has totally won me over, and I get all fluttery when boys throw hearts.

This one applies slightly more to Asian pop lovers than drama watchers, because of all the pretty colors pop stars wear their hair.

And to further prove my point, this cartoon went instantly viral after it was released. Because it’s too, too, true. 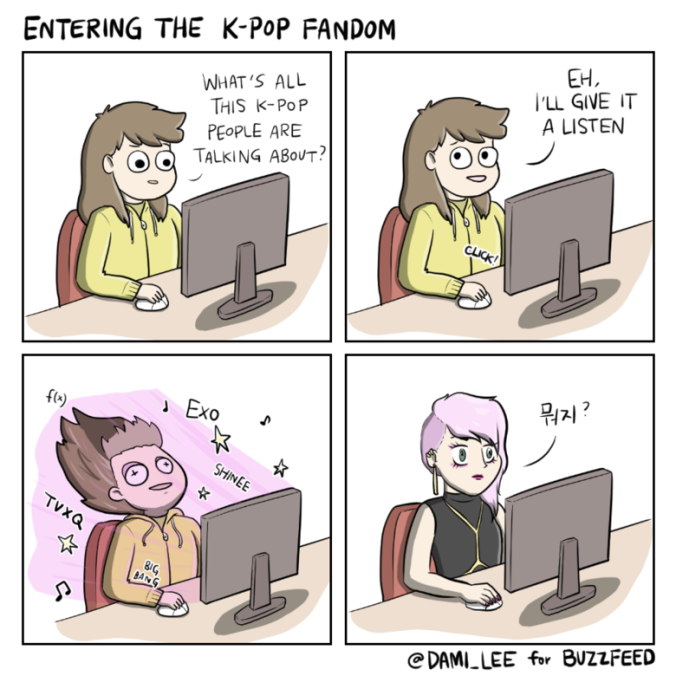 I saved this for last because I’m eternally grateful for the friends I’ve made in the drama and Kpop fandom. Not only that, but I’ve found the courage to speak to others in Korean and make friends who are living far from their home country. It’s connected me to so many I would’ve never had the courage to meet otherwise, and rounded me out as a person. I don’t regret becoming a drama fan, and I never will! 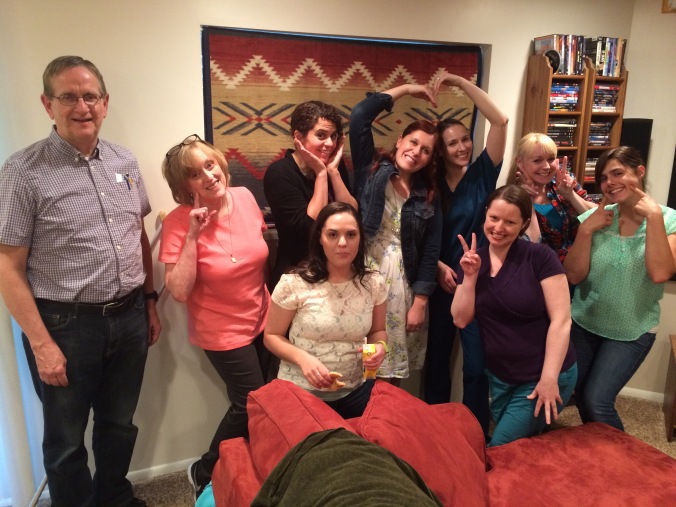 What new things have you tried since Asian dramas? Let me know in the comments!