Jealousy, touched with just a tad bit of wistfulness, abounds as Soo Hyuk realizes he might have missed the boat with Mi Mo.  And this blogger has discovered that jealous cranky Soo Hyuk might be my favorite Soo Hyuk mode.  Followed by sweet Soo Hyuk and drunk Soo Hyuk.  Oh, what the heck, Soo Hyuk is always just perfect and literally the guy next door.  Mi Mo needs to get her perfect guy radar checked ASAP.

Sorry for the late recap.  As some of you know, I had family visiting for a while.  Also, I might have had a brief lapse into dramathoning when I picked up the Chinese drama Go Princess Go and watched all the subbed episodes.  Don’t judge me.  How was I supposed to say no to a gender bender time travel comedy?  It was impossible.  But I am back and focused on my recaps so should be caught up by the time subs come out for episode 5.  Sadly, they are still a little bit slow.  Good for my attempt to catch up with blogging, but sad for the kaddict inside me who wants to find out if there was another OTP kiss.  But more on that kiss later.  First let’s chat about some of the other five moments that caught my attention.

You might have questions about the title of this blog post.  It is my minor rebellion at Mi Mo’s stupidity of jumping into the arms of the wrong man.  How do I know it is the wrong man?  Simple answer.  Is he Jung Kyung Ho?  Since the answer is a resounding no, then obviously it is the wrong man.  Especially when we see so many sexy JKH moments through the episode.  He even makes turtlenecks look sexy.  Hence, he gets top billing today.

I know this was also #5 last episode, but it remains one of my favorite parts of the show.  And I especially liked how we got a glimpse of what really happened on that fateful night in elementary school where Romeo deserted his Juliet. 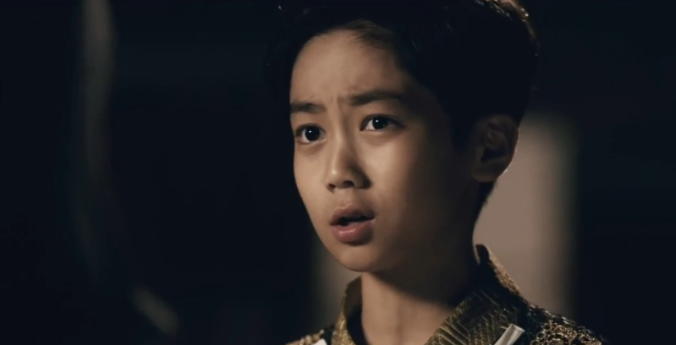 We see that mean girl mentality is alive and well as an evil little girl (channeling her inner wicked queen from Snow White) has her minions prepare an apple coated in laxatives.  She is determined to stop that romantic kiss (which I still think is crazy to be happening in such a young age group) at all costs.  Forcing young Soo Hyuk to take a bite of the drugged apple for luck, our mean girl gets her wish and Mi Mo is left humiliated on stage. 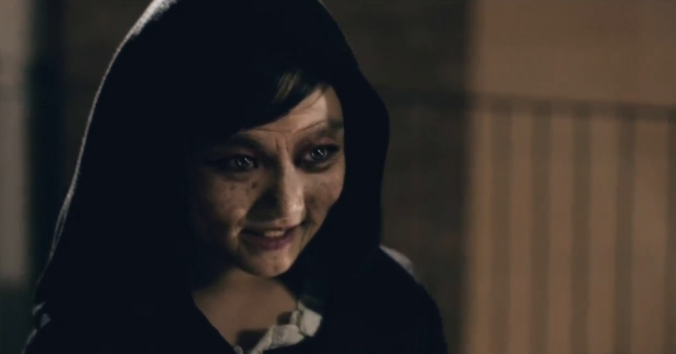 I also liked how we saw Young Soo Hyuk try his hardest to apologize for the incident.  Sadly, he is shut down anytime he comes near Mi Mo and the hurt feelings continue.  Also just want to give a quick shout out to Choi Kwon-Soo who plays the young Soo Hyuk.  I loved him in Wonderful Days and he has captured my heart again in this minor part.  I hope to see him play many youthful characters in the future.

Realizing that he had missed his opportunity with Mi Mo, Soo Hyuk gets a case of the sulks.  Which, while usually annoying, are just adorkable in this instance.  Mi Mo notices Soo Hyuk’s inner crankiness and while he doesn’t come out and say it is because of her, he does twirl around the topic like a prima ballerina.  I like how Soo Hyuk ended up explaining that he found out he is one of those guys who doesn’t want something til someone else takes it.  An apt explanation and reasonable since I am pretty sure he is not completely “in love” with Mi Mo yet.  I feel this way because some people have common sense and don’t just jump into the I love you and want your babies in my young uterus mode.

I found it interesting that women over thirty get free testing every year in regards to their reproductive and girly parts. This actually is a pretty cool government program that could probably be shared here in the US.  Where things got weird was when three out of four Angels treated it like a spa day and even compared how young their uterus was. 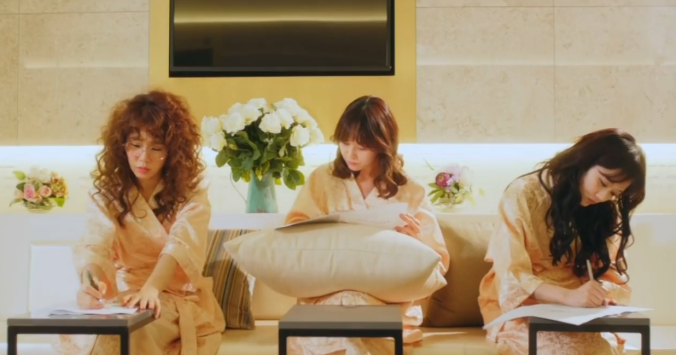 I did find it interesting on how the writer has introduced Da Jung & Ae Ran’s stories in a subgroup situation.  Ae Ran continues to feel like a side character to me.  Slightly apart from the main Angel group.  Something that is completely the fault of the writer who is leaving her out of all the shenanigan bestie parts.  I also felt that her false pregnancy was a really odd way to introduce Da Jung’s own problems with being pregnant.  And while I feel bad for Da Jung’s plight, the way she handled it put some crazy stress on her life and marriage.

Last time I ranted about Hot Doc and how his actions annoy me.  And they still do. Seriously, who falls in lust with an idol and decides that is enough to declare his love ten years later?  That is plain crazy.  But this time I want to take a quick moment to rant about The Angels and how they are a bit lacking.  I am confused as to how the writer wants me to feel about these four women.  On one hand it looks like they are going for a Sex In the City vibe.  4 friends who are strong women out to take over the city and have it all.  Family, friends, and love while keeping their inner woman core strong and out there for all to see. 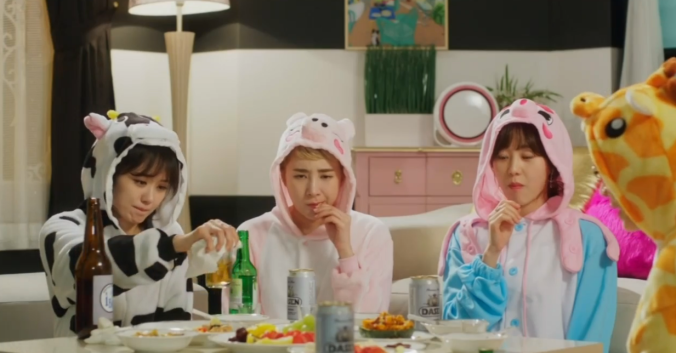 The only problem is that all of the Angel besties, leading lady included, come across as weak and neurotic.  None of them can be happy unless they have a husband, or the prospect of a husband, or a baby.  And even when they get these things they remain so identified by the man in their lives that they disappear without that.  Ae Ran -Why would you marry a man you don’t love (especially when you didn’t end up pregnant) even if it is for only a year.  You don’t have to break up with him, but if you need more time than take it.  I hate how lightly divorces are taken by some characters.  Mi MO – Getting the warm fuzzies because of a pretty face is not love.  You know nothing about him except he fell for you when you were a public figure.  Warning signs should be flashing before your eyes not images of babies.  Da Jung – If the only way you would stay with your husband is because of a baby then maybe you should be allowing him that divorce.  I feel a lot less anger at him after seeing how easily you were willing to give him up at the first problem.  You need to find your happiness within yourself or else all your relationships will be toxic.  And finally Dong Mi- DO NOT HOOK UP WITH A GUY OFF CRAIGSLIST!  That is how people find serial killers, not potential husbands.

I am going to finish with the highlight of the episode.  Namely Jung Kyung Ho (aka Soo Hyuk) and how awesome he is inside and out. 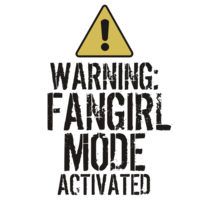 I appreciate that in a sea of instability he is the one guy who seems to have his head on straight.  Sure he might be attracted to Mi Mo but he understands that there are things more important than insta-attraction.  For one, his son, who was absolutely adorable when interacting with the various women in his dad’s life. 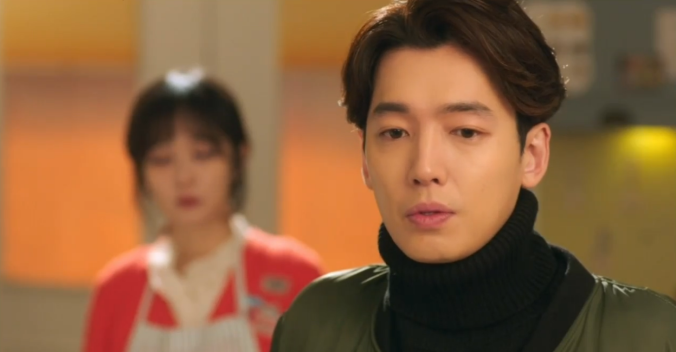 Also, Soo Hyuk’s kindness in letting his co-worker down gently was such a sweet moment.  The description of having a small opening for her, but it wouldn’t be fair since Soo Hyuk is waiting for that one who he can create more space for, was so gentlemanly.  It also shows that he has a real awareness of love and how it is not always the same thing as infatuation or a hookup.  I hope that Mi Mo starts waking up to reality and realizes how love really works.  Otherwise, I might start feeling that she doesn’t deserve Soo Hyuk’s kisses.