Thank goodness this episode was a slight improvement over our last.  Sadly, that does not set the bar very high and we still seem to go at a snail’s pace.  Mi Mo is mopey, Not Hot Doc is whiny, and Soo Hyuk seems to have lost some of the spunk he had before going to the US.  I wonder if the writer has any pep left in her plotting?  I guess we will just have to trudge through these last few episodes to find out.   So with that in mind come join me as I attempt to get through yet another recap as I contemplate where everything went wrong. 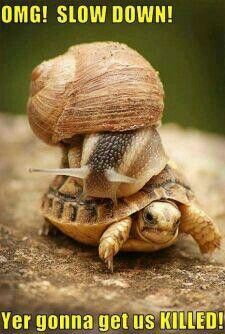 I am also not in the mood to do my usual five countdown so today is going to be full of random thoughts.  On an up note, with four episodes left how bad can it get? (That is not a challenge writers.  Let’s not see what is below rock bottom.)

Mi Mo goes into a depression/obsession, placing daily message sticky notes for Soo Hyuk to find when he returns. While the sticky note visuals are very appealing, don’t we have something more modern, oh say like a telephone to help people communicate?  Just because he is gone doesn’t mean that his phone doesn’t work.  Or maybe try snapchat, facebook, placing an add in the local paper?  Mi Mo has a ton of options she just is not thinking outside the box.

Our cheater couple is actually being pretty cute (visually their scenes are my second favorite scenes out of all the couples.) If their story wasn’t so simplistic I might want to see more of them.  But I think a more detailed look into their romance would just piss me off since I hate cheaters so the small snippets are probably for the best. 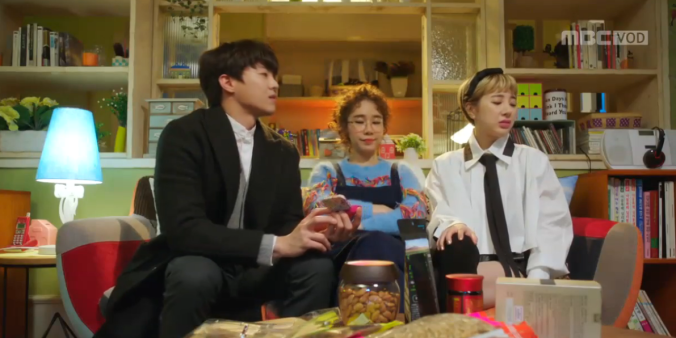 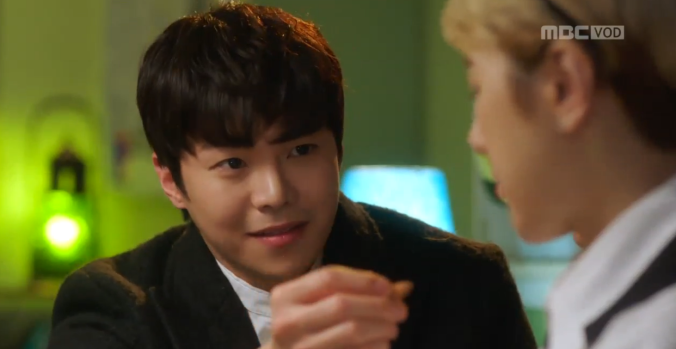 What are you thinking Da Jeong?  Did she learn nothing from her almost divorce?  Obviously not since Da Jeong is being cold and pushing her husband away again.  Whether it is pride or psychological issues, maybe we can all just agree that it is time for Da Jeong to get some counseling.  If not, I am afraid she kind of deserves to be alone.   There is only so much leeway the husband, and we viewers, can give her before she deserves what she gets. 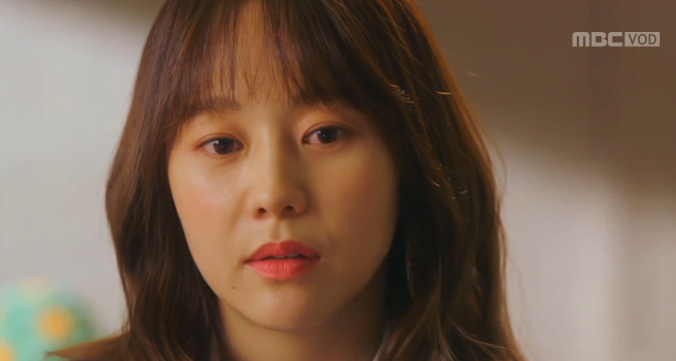 And low and behold Geon Hak agrees with me.  He sweetly informs Da Jeong that by doing it alone he doesn’t think they will be able to make it, so he signed them up for couples counseling.  YAY!  Someone has common sense in this drama.  My faith in humanity is renewed (at least until the next time someone in this show does something stupid….. which should be any minute) 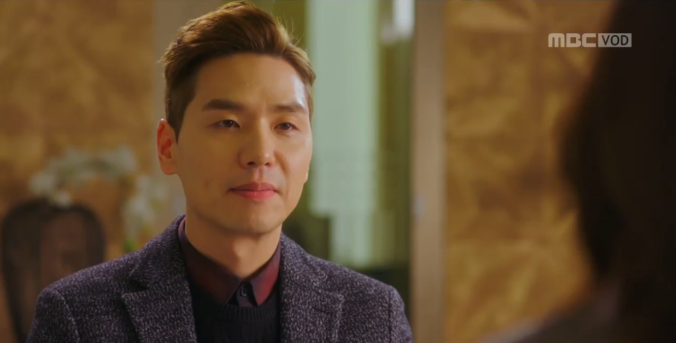 Hello stupidity.  This time in the form of Not Hot Doc’s high school stalker who is getting revenge on Mi Mo for making her crush cry.  Stalker chucks a few eggs (and misses) only to have Mi Mo admit that she is a bad person for breaking Doc’s heart. Then Mi Mo gets into the elevator and informs high schooler that she needs to clean up the eggs since the cleaning staff didn’t do anything to her.  Right on time, the nosy neighbor shows up and starts hyperventilating upon seeing the mess.  It is sad that Nosy Neighbor’s screech has been the most exciting thing to happen half way through the show.

Oh no.  Now Not Hot Doc is even less hot.  How is that possible?  Seems like the writer took up the challenge and made NHD mopey and depressed with possible unconscious hand tics.  If you really wanted me to have any sympathy for the guy you maybe should have had his hair fall out and have to be admitted to the psych ward for counseling.  Then I would have grudgingly given him some pity.  As it is, “meh”.  In reality, the writer is making Not Hot Doc’s character so over the top that it is hard to feel anything for him.  Somehow I just don’t see him as the type that would totally break apart because of a woman.  Be upset and have hurt pride yes.  Blubbering on a couch out in the foyer about how he was wronged so high schooler could witness him?  No.

Oh wait, it gets even better.  Not Hot Doc is supposedly on the phone whining and cursing Mi Mo.  But then we see who he is really talking to, instead of Mi Mo it is Ex-Not Hot Doc.  Wow, that makes him not only a loser in life but a loser in reading his phone and drunk dialing the right person.  Sad, so pathetically sad.

But the drama gods are determined to redeem this sad sack of a character.  After half an episode of moping, Not Hot Doc finally does the right thing and calls Soo Hyuk to inform him about the break up and Mi Mo pining away.

So we are back to where we ended in episode 11.  Mi Mo is in Soo Hyuk’s arms (thanks to tripping over her own two feet in shock) and we get the big reunion..

Actually, we get Soo Hyuk informing her that he is back and Mi Mo just stares at him the whole time saying nothing.  That is right, NOTHING!  Finally, feeling awkward, Soo Hyuk goes into his apartment while Mi Mo remains mute.  We viewers are left with the OTP standing on opposite sides of the door wishing that the other would make the first move.  OH MY FLIPPING WORD!  Mi Mo.  Just move your goldfish butt already.  Where is the girl that confessed to Not Hot Doc within a day of meeting him?  Where is the girl that drunk married Soo Hyuk and bought sexy cow underwear?  I miss that Mi Mo.  Mopey Mi Mo is a total downer.

The Bromance between NHD and Soo Hyuk is saved thanks to a  kiddie ball pit.  Who knew that all romantic “you stole my girlfriend” issues could be resolved by hitting one with small brightly colored plastic balls.  Hmmm.  I suddenly have the urge to put Mi Mo in the pit and pitch balls at her pea sized brain.  Maybe it would knock some sense into her as well.

This was by far my favorite scene of the episode.  It had that quirky whimsy that we saw back in the beginning of the drama.  Back when things were unexpected and bright.  What happened to that drama?   Why did we get stuck with this slow as heck story instead of the fast-paced fun of the first two episodes?  Makes me want to cry over the possibilities.

Finally, Soo Hyuk and Mi Mo are back together and Mi Mo is done pretending to be mute.  I was so happy when Soo Hyuk finally admitted “I am going to get serious this time about my work and my woman.” right before he got distracted by a phone call.  OTP (one true pairing) still not achieved.

Also, could Soo Hyuk attempt to look a little happier?  I am getting a little depressed by everyone’s sad countenances. I need more laughter and hijinks.  Maybe Soo Hyuk could confess in the ball pit?  At least, then I could enjoy all the pretty colors in case they are still doing the sad stare thing. 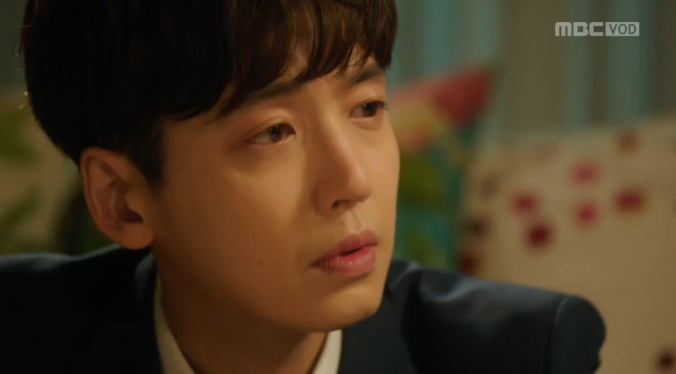 More stuff happens that really isn’t of consequence.  Except that Soo Hyuk’s parents are trying to set him up with some friend of the family with marriage in mind.  I won’t say much since I suspect this is what is going to annoy me in the next four episodes.

AND FINALLY, 10 episodes after their first kiss, our OTP is finally an OTP.  We get sobbing confessions, a mopey Mi Mo (sobbing of course), and finally a kiss.  Please tell me that we can start getting closer to a happily ever after now that our fated couple is officially hooked up.

Sometimes I feel like we are watching two different dramas.  One is a very slow moving story of an older couple looking for a 2nd chance at romance.  It is very sweet at moments if just a tad bit too high on the mope meter.  Then we also have the quirky high-energy romance that we see started off with.  Every now and then that bit of spunk makes its presence known.  This always makes me a bit sad because it reminds me of how much I really enjoy romantic comedies.  This one just fell short.  Each of these styles individually is fine.  The odd combo we are left with is not. I blame this on the fact that there is a rookie script writer at the helm.