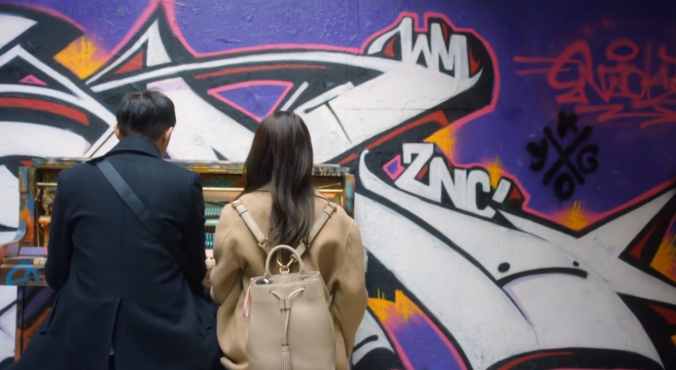 I love this drama.  Love love love with a capital “L”.   All the characters are perfect, the music is perfect, the directing is perfect.  In fact, my only complaint is I would have liked to continue on with these characters for at least another episode or two.  Three episodes are simply too short of a run for such amazing chemistry.  Is it too soon to request a reunion of this cast in a full drama? 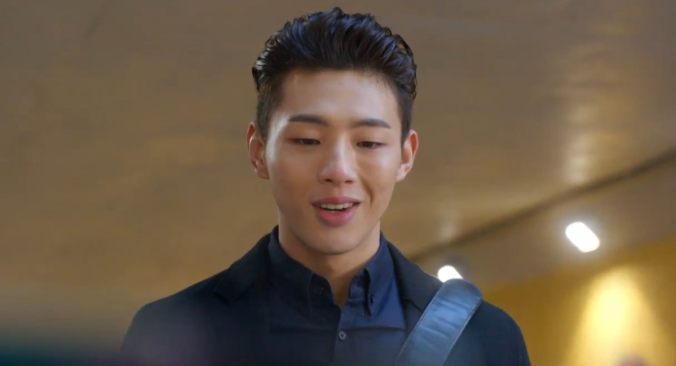 What I really want to focus my recap on is Cha Shik, he really is a force of nature and just makes me want to cheer for him from the sidelines of my TV.  But that would be unfair to the other two leads, who are just as good, if not as charismatic.  So I will quickly discuss the other story lines and then get back to my favorite character.  And if he gets a few more screencaps than anyone else, well, that is the reality of being a fangirl.

I am very impressed with how Yoo Seol not only deals with her mother but is completely honest and open about her feelings.  I thought it was fascinating to watch her mother realize that Yoo Seol is not interested in piano and competing, but instead is regretting all the time that passed with no life experiences.

Especially when Yoo Seol explained how amazing it was riding a bike and how much she regrets that the first time is after she had lost her sight.  It just really hit home, how much she put aside in order to make her mother happy.

I was impressed that her mother did seem to finally understand what her daughter was telling her.  Maybe there is hope for this Helicopter mother from hell.

And while we are chatting about Yoo Seol’s mother.  Can we just discuss how awesome the scene between her and Cha Shik was?  I died laughing and think that the mom has met her match.  Overhearing that Yoo Seol’s mother considers him a dumb gangster punk he decides it is time for a makeover.

The next day, he comes and greets Yoo Seol’s mother polished up with a pair of fake glasses and looking pretty dapper in my opinion.  Her mother doesn’t agree and says that he now looks like a loan shark thug arriving to force a payment. HaHa. Cha Shik doesn’t take much offense and just says he will improve his look til she approves.  HE IS AWESOME!  Sorry, I know I went on a Cha Shik tangent… I just can’t help myself.

Let’s do a quick shift and discuss the changing dynamic between Yoo Seol and Jin Mook.  Jin Mook continues to be overwhelmed with guilt over his unfortunately timed prayer.  Knowing that Yoo Seol is coming back to school he runs to her house to make sure she arrives safely.

It is so adorable how Yoo Seol keeps thinking that he is her mother following her.  She continuously turns around to berate her mother about not letting her be free.  It is super cute.

Jin Mook follows Yoo Seol all the way to school, doing small little things to make her trip easier.  Opening doors, paying for her subway pass, and even straightening her shoes at school.  If I didn’t love Cha Shik so much, I would totally be on team Jin Mook.  He really is a decent guy deep down past the cranky outer shell.

Everything is coming up Cha Shik!

WOOT!  Let the awesomeness that is Cha Shik spread forth.  I loved how Cha Shik was constantly saying that he is the type of person who grows on you with time.  And so far it really seems to be true. 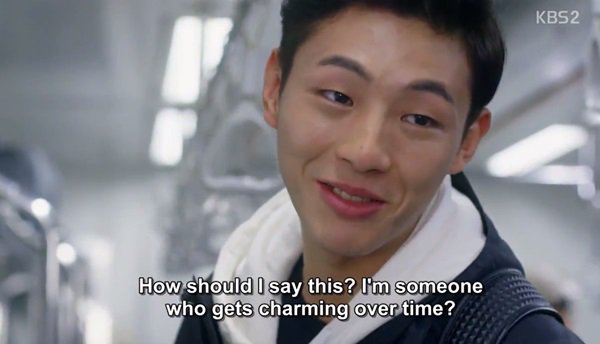 But let’s go back to the beginning of the episode where Cha Shik makes the decision to become an amazing pianist.  He, of course, needs to go to the premier music school to accomplish this goal, so Global Arts Training School it is.

I love how Cha Shik just goes and begs to transfer in even though he has no musical background.  His assurance that he has the will and eventual talent just makes me smile even as the principal says no.  But no principal is going to stop our Cha Shik.  Instead of entering into the school officially he becomes the personal aid of Yoo Seol.  The poor girl is having problems assimilating to not being able to see and being around other students.  Friendless and desperate to not have her mother be with her 24/7 she accepts Cha Shik’s help grudgingly. 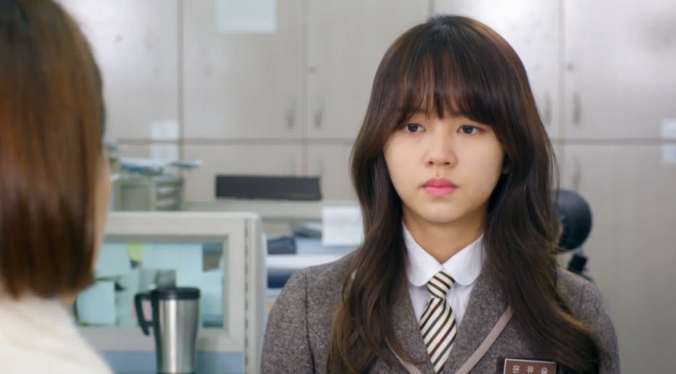 Jin Mook also offers to be her personal aid (poor thing is feeling so guilty) but is rejected in favor of Cha Shik.  Blindness is not going to suddenly improve Yoo Seol’s feelings for her nemesis.  The best was when Jim Mook and Cha Shik got all territorial and started to fight for the privilege of helping Yoo Seol.  I think I could watch these two guys bicker for at least a full drama (Please drama gods make this happen.) 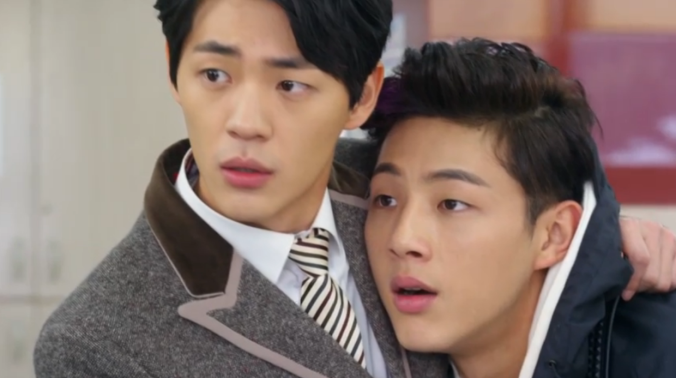 Forced to choose between bad, worse, and worst (helicopter mom), Yoo Seol ends up choosing Cha Shik as her personal aid.  It was hilarious when Yoo Seol blurted out you’re the crazy rooftop guy.  When Yoo Seol accuses him of being that person Cha Shik replies, “I was a crazy guy back then, but I have been reborn with a new purpose.” So Cha Shik it is since nemesis and mom are both a huge no. Which means Cha Shik is now able to go to all the music classes that he is so interested in.  Not that he understands anything that is being said, from the foreign music terms, names of the composers, and pretty much everything else.  Cha Shik even apologizes to Yoo Seol for being so ignorant but assures her that he will work on it and be better soon.

This is one of the aspects of this drama that I find very endearing.  Most often we get a lead that is just naturally brilliant and seems to be amazing with no hard work involved (think of all the genius characters that have come across our screens in the last year.)  But Cha Shik has the basic talents and then works his butt off in developing them.  He is not a person who sits down at the piano and instantly knows what he is doing. 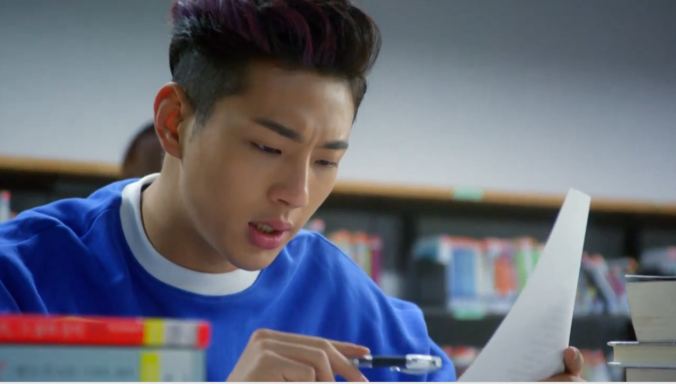 Cha Shik studies, he practices, and he suffers, to achieve his goals.  In the words of Cha Shik, he is “an unscratched lottery ticket.  Simply a piece of paper til you scratch off a layer.” Such a wonderful change for the kdrama norm.

Now we have to find a way to quantify Cha Shik’s talent and prove to the school and his father that he is truly worthy of being loved.  He will get that chance by entering the duet piano competition where two pianists perform and are rated.  In true gung-ho fashion, Cha Shik is totally on board, only to be told by all the other students that even the thought is ludicrous. The talent that is going to be competing is at a level he can’t even imagine reaching.  Cha Shik rashly says that he will compete and makes a bet with Jin Mook, then promptly goes to beg Yoo Seol to be his partner.  She, of course, wonders if he is crazy?  How can someone that is not a musician compete with people who have been playing since they were three?

Cha Shik brings Yoo Seol to the tunnel piano (can I just say that visually this location is my favorite thing ever?) Where Cha Shik asks Yoo Seol, if he plays the song she had previously performed for him, would Yoo Seol consider being his partner?

Yoo Seol laughs and wonders if Cha Shik has a ghost pianist waiting to play the song since he can’t possible perform it.  Cha Shik apologizes for his forwardness then promptly picks Yoo Seol up and sets her down on the bench.  He then puts her fingertips over his hands so she can tell it is really him playing.  Woot for piano skinship!

We get a flashback of the hours, days, and weeks of hard work Cha Shik put into learning this song.  Again, can I just say this is a breath of fresh air to see him working so hard and slowly succeeding?  I really love this character so much.  Cha Shik ends the song and turns to Yoo Seol, asking “Will this do?”  She just smiles brightly in response. 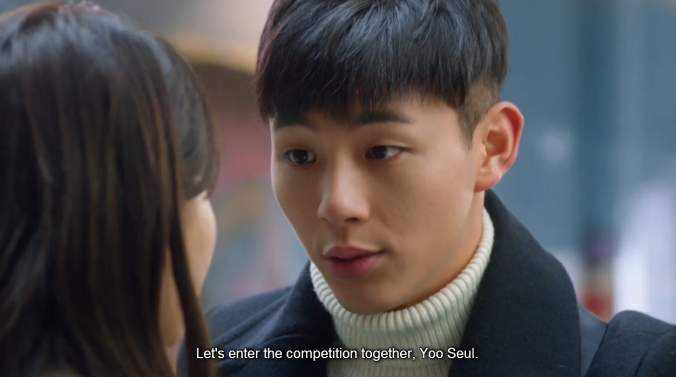 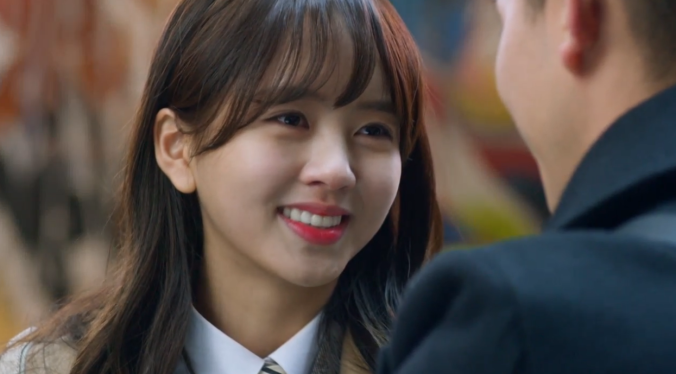 I don’t have a lot more to say other than this is a must watch drama and a truly high bar for all future mini-dramas, drama specials, and webtoons.  I was starting to worry that a short drama could not achieve any level but quickly produced entertaining fluff.  But Page Turner shows that you can have a deep and layered plot, with talented actors, and even be beautifully directed.  I truly hope that this becomes the standard and not just an exception.

0 thoughts on “Page Turner Episode 2 – A Goof, a Nemesis, & a Blind Person Walk Into a Bar”