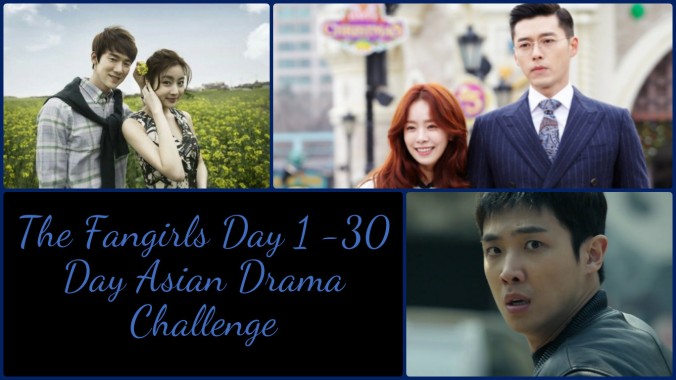 So this came across my twitter feed the other day and I initially was thinking that I would just do it every day on social media.  But then I thought, “why not turn this into a fun post for the blog?”  That way you can get to know myself and the fellow Fangirls here at Dramas With A Side of Kimchi a little better and have fun chatting dramas in the process.  So for the next 30 days, The Fangirls (and any readers that want to put their own picks in the comments) are going to delve into our kdrama past and provide answers to all those burning questions you might have about kdrama. 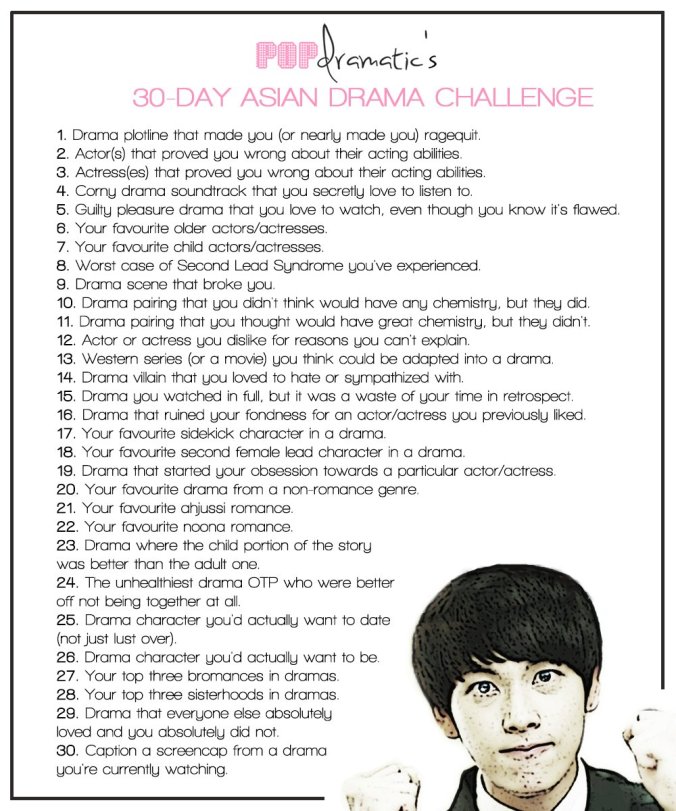 Here is the list provided by @popdramatic  Be sure to take a moment and check out her blog as a thank you for putting this list together and being willing to share it with other bloggers and Kenthusiasts.

So without further ado, let’s jump into our picks!

DAY 1: Drama plotline that made you (or nearly made you) rage quit?

KMUSE: This one is easy for me since everyone who reads the blog knows that I was rage watching Vampire Detective.  It is one of those shows that occasionally comes along and breaks all your previous records on your crappiest drama list. 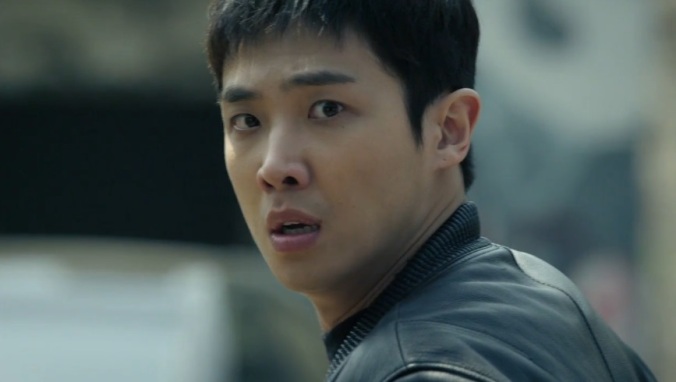 A few others on that list that I also consider rage watched are Heart 2 Heart, Jekyll, Hyde, and I, & Endless Love.  I am sure I have others, but those are just off the top of my head.

CLKYTTA: Jekyll, Hyde, and I was the one that made me rage cry.  I LOVE, LOVE, LOVE, Hyun Bin, and this drama was so horrible not even all the dimply Robin scenes could save it.  I also give an honorable mention to Yong Pal, so much potential, and it fizzled out like a coke left on the counter too long.  It still looked good on the surface, but left a horrible taste your mouth. 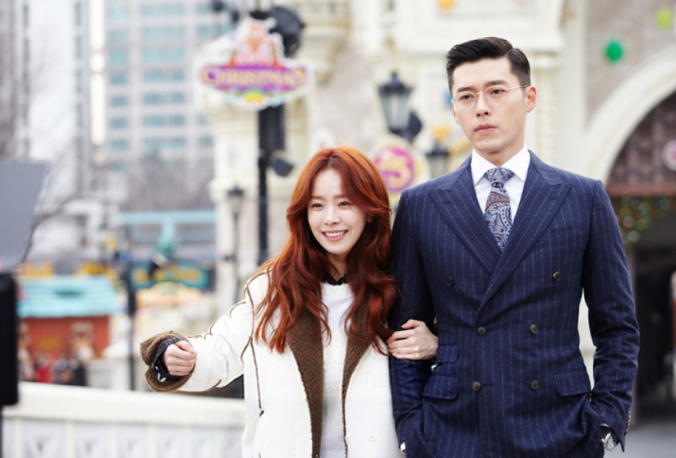 KdramaJen: Mirae’s Choice drove me insane.  I can barely remember the drama’s plot (maybe I blocked it out), but I remember actually shouting at my i-Pad.  If we are talking about a particular plot line, though, I must say nothing makes me hit rage-cry mode more than a perfectly good story suddenly halted with a random case of amnesia. Jennie: Most recently, Valid Love. I hate watched most of it knowing Lee Soo Hyuk was going to be pushed aside, then I quit the last four episodes because of it. The first drama I ever dropped was Who Are You. Not School 2015, the crappy one where I liked the ghost more than the lead guy and I couldn’t stand the actress. Yeah, still bitter about that. 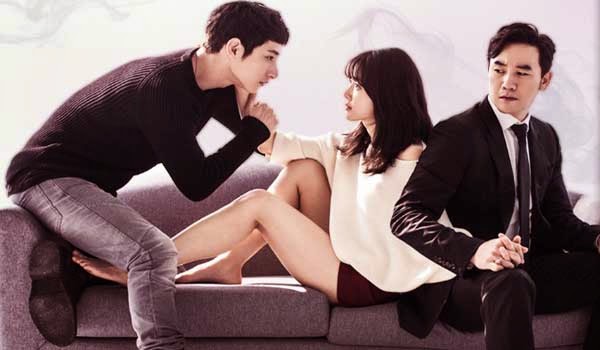 Drama Geek: I have dumped a lot of dramas lately, but more from boredom than rage. I wanted to rage quit Vampire Detective, but didn’t. I think the last one I did this on was either Scholar Who Walks the Night or Warm and Cozy. Both had amazing casts and both wasted their talent. And what added to my rage with Warm and Cozy was that I know the writers have the potential to make amazing dramas. 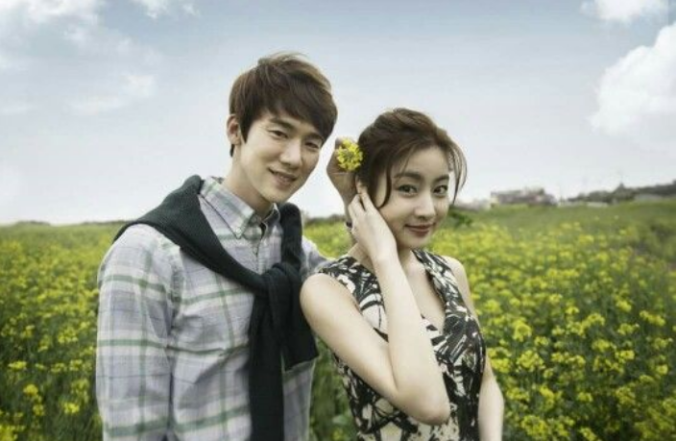 Wow.  So many hours combined in all the dramas we rage watched.  Was your top hated show up here?  Be sure to let us know in the comments which ones we missed and also check back every day for the next month as we gather together and hit each question on the list.  I am excited to share so many of my past drama feelz since we rarely get to go back and discuss older shows.