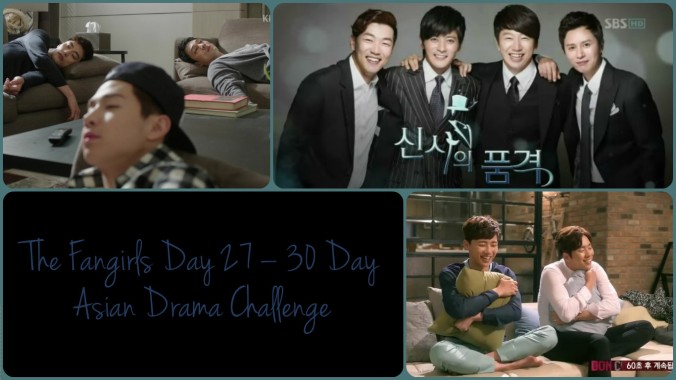 BROMANCES x 3!  The Fangirls choose their top 3 bromance suggestions.  Somthing which was a very hard thing to do.  You could say our love of bromances runneth over this post.

CLKYTTA: Oh this is a good one. I love a good bromance.

Drama Geek: (I think you’re trying to torture me by limiting it to 3).

Okay, so I searched kdrama bromance online and there are lots of lists. You can even search by it on most of the streaming sites. And most of the ones I LOVE come up on all these lists. School 2013, Shut Up Flower Boy Band (and the rest of the Flower Boy series too. They had great boys in those), all the Reply series because that’s what that writer does well. My heart specifically breaks for the Yoon Jae & Joon Hee match up. Sungkyungkwan Scandal. Oh, the BROMANCE! (And cheeky winks).

Then there are the ones I love with all my heart but… we’ve listed them a lot on this 30 day dealy. The brothers from I Remember You. The walkie-talkie cops in Signal. The list could go on and on. LOL. So my 3 might not be my absolute favorite (or maybe they are) but they are the ones you might not think of or haven’t seen.

Kdrama Jen:  Bromances tend to be the aspect of dramas that draw me in the most.  My favorites are Warrior Baek Dong Soo, I Remember You, and School 2013.  I think I have already waxed poetic about these dramas in other posts, so I won’t go into detail here, but these three captured by heart with the bromances that outshined any hint at a romance. 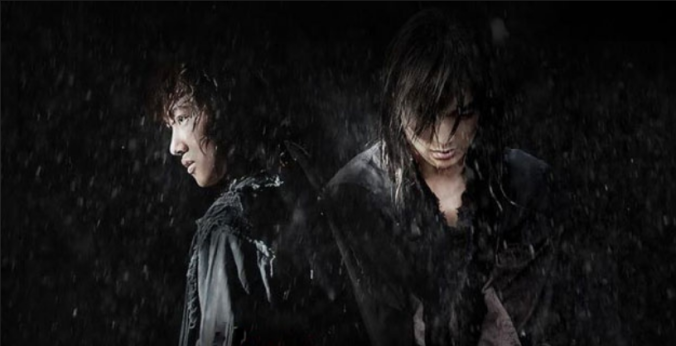 KMUSE:  Jumping in to my drama vault to share one’s that I have not already used in past posts.  Which is really hard since some of my favorites like Ouroboros, Heartless City, and Nirvana in Fire are just so epic.  But I want the readers to find new dramas to check out so my picks are as follows:

Only three more posts to go.  What will be tomorrow’s question?  Be sure to check back and find out.  Also, leave your favorite bromance picks in the comments since we love chatting bromance!