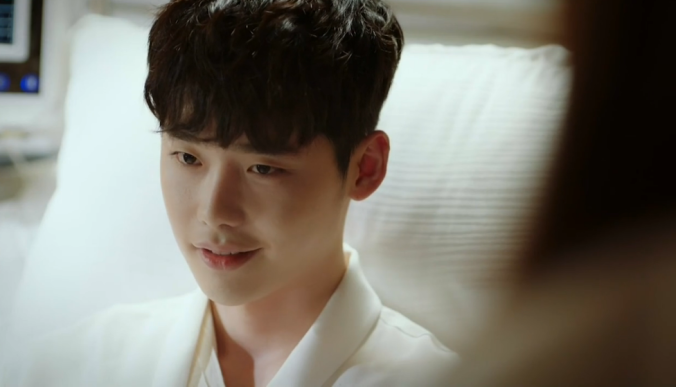 It is very rare that a first episode comes along and sucks you into the story so thoroughly.  And yet, here we are, completely sucked in and fangirling to the nth degree over Episode 1 of W-Two Worlds.  And no, it is not just because Lee Jong Suk is one of my biases… although that doesn’t hurt.  The boy does beautiful angst really well.  So come join us as we jump into another recapping adventure and let our inner fangirl run free.

For those of you just discovering our awesome blog, I am Kmuse, one of the main bloggers at “Dramas with a Side of Kimchi”…many of you know me from my previous blog “The Crazy Ahjummas”.  I will be bringing you my opinions on all of the odd episodes, while Jennie will be chatting with you on the even episodes (although she is on a family vacation this week so you will have my thoughts twice!)  A little about me: I am a mother of three and an avid kdrama watcher, in that I love to watch literally everything.  There are very few currently airing dramas that I am not watching so if you have any questions about them (or really any drama since I have seen an insane amount) feel free to ask me in the comments.  Or better yet come like our facebook page and ask me there. https://www.facebook.com/pages/The-crazy-ahjummas/336988683021748?fref=ts For those of you who have not read my past recaps, I am one of those bloggers that really likes to just discuss my opinions on certain scenes or concepts of the drama.  I don’t go step by step through the whole thing.  So if you are looking for a more complete recap you might have to look elsewhere (and then come back and read ours of course). 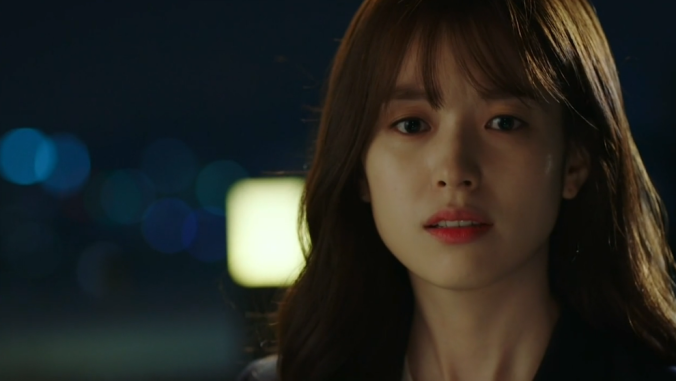 When I heard that Lee Jong Suk was coming back to dramaland in a multi dimensional, comic character, extravaganza I was THRILLED!  He is one of my favorite actors in shows that are just a little bit “unique”.  Somehow Lee Jong Suk manages to make me believe that he is a genius, or can hear people’s thoughts, or actually loves Jin Se Yeon.  Truly a talented actor.  So when I heard he was going to be a comic book character come to life through a multi world wormhole, I knew that I was going to have to blog this one. 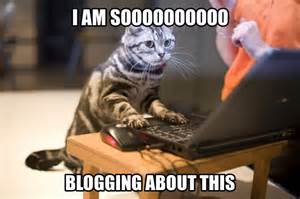 So let’s jump right in and begin chatting episode 1!

Let’s pause as I fantasize over owning all those drawings of Lee Jong Suk/Kang Chul.  If I owned them I would even fight my husband in the name of fangirling.  Those suckers would be framed and placed with professional lighting all over my house.

Introducing the first fateful meet between our OTP (One True Pairing)

The conclusion to episode 1

Thanks for joining me for this first recap!  I will also be covering episode 2 since Jennie is currently visiting family and friends this week.  Not that I can complain since I love sharing all my fangirl emotions with our readers and the viewers of W Two Worlds.

This is Kmuse, signing off til the next chapter.