It’s time again to complain and whine to all you readers about crappy dramas that should be avoided at all costs.  And I am not talking mediocre drama, I am talking about those that made me want to poke my eyes out so I would not have to spend anymore time with these horrible characters.  So come join me as I chat about some truly horrible romantic comedies.

WARNING:  There might be the occasional spoiler in a few of my comments.  If you are a chronodramaphobia (Fear of future drama events…aka spoilers) read at your own risk!

I know this series has its defenders.  I am not one of them.  I Need Romance 1&2 along with Discovery of Romance had some of the most horrible toxic OTP (One True Pairings) ever.  If this is what romance is, I would rather be single.

I think a lot of the appeal was just the fact that it was on cable and could show its character’s being sexually active.  Personally, I believe that just because the characters promote a more modern romance doesn’t make the story worth watching.  I want to actually like my OTP.  At least I was able to discover Choi Jin Hyuk in all his hotness.

Cheating spouse switches bodies with his ex-wife and supposed hijinks ensue.  Sounds like it might be funny……. It wasn’t. I hated the scumbag leading man and I don’t care what sudden epiphany comes from being in a female’s body.  Once a cheater always a disgusting cheater. 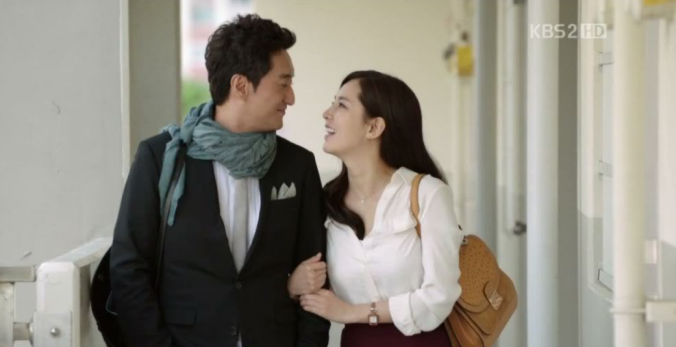 Didn’t help that his mistress was a constant part of the story line.  This is a huge mess of a drama and there is nothing romantic nor comedic about it.

I am not one that says an OTP has to end up together.  But it might have made this drama a little bit more bearable.  Instead, we sat through 15 hours of mediocre romantic plot and he ends up with the troubled 2nd lead girl.

Which might have been OK.  If I actually liked either of the leading men or the 2nd lead girl.  Instead, I was pretty much indifferent and annoyed that all I got from this drama was 16 hours of Uee hitting balls.

It was bad enough when I had to watch the horrible leading lady pretend to be a boy so she could work at a nail salon.  Why was she pretending to be a boy you might ask?  Because only hot guys were allowed to work as nail artists.  Hot guys who liked to delve into the psyche of their patients while buffing and painting customers’ digits.

It was bad.  Really bad.  And that was before the main girl discovered that she was half Gumiho. This show is an even bigger mess than having your manicurist become your therapist.

I love musical teenage dramas.  I hate random doppelganger plots and lead actresses that have resting mopey face.  Sadly, the negatives outweigh the positives with this drama.  I suggest you skip this one and check out What’s Up if you need a musical drama fix.

This completes my list of romantic comedies that failed completely.  For other I Wish I Had My Hours Back posts, CLICK HERE!  Also feel free to let me know if there is a specific topic you want me to address in future skip this drama posts.