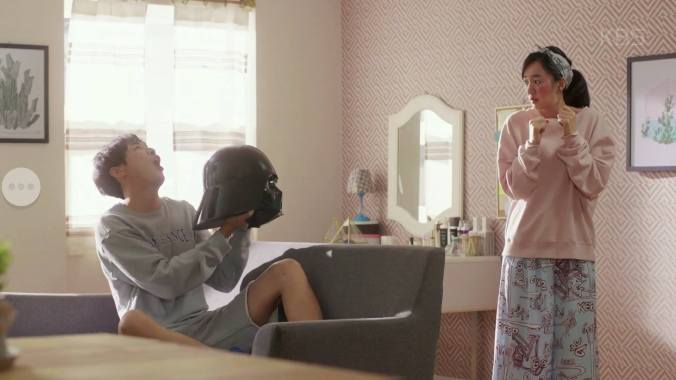 Man Living at My House has totally snuck up on me.  It has barely been on my radar and here we are with the first teaser.  And what a teaser it is.  Who knew that you could combine Star Wars and khotties to make an extra special teaser for geeky fangirls?

It is not ever day that you hear a plot in which the leading lady falls in love with the man who who was married to one’s mother. So I am interested to see where they are going to take this concept.  At least it has a pretty solid cast with Soo Ae (Mask) playing the orphaned leading lady and Kim Young-Kwang (D-Day) portraying the unexpected step father.  Both have a solid background of sound dramas so with the right directing and script there is a good chance for a fun romantic comedy to be coming our way.

Man Living in My House is set to air on October 24th.