There is nothing I love more than a well crafted historical drama.  Sadly, these are not those dramas.  The list below shows hundreds of hours that I can’t get back.  So much crappy/boring drama equals so much time wasted.  Hopefully by reading this list it will help you avoid the drama pitfall that I suffered through. 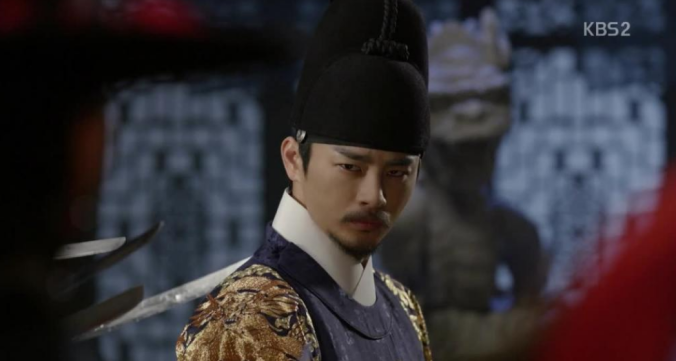 There is so much pain involved when you end up disliking a drama starring your #1 bias.  That is exactly what happened with The King’s Face.  I don’t think it was Seo In Guk’s fault and that is not just my bias colored glasses talking.  I put the blame on the drama’s limited budget.  For example, the crowd scenes would have between five to ten people when it was supposed to represent hundreds.  This really didn’t work for me. Also leading lady Jo Yoon Hee was a huge casting mistake in my opinion.  The drama ended up shifting between mediocre boring and openly annoying and I just want to forget it existed.  This is the one SIG drama I suggest you skip.

Basketball is one of those dramas that looked so good as a trailer and ended up being so very very bad.  Bad plot twists, annoying leading ladies, whiny leading men….This drama managed to hit every box on the bad drama checklist.  I attempted to recap this back when it was airing but eventually had to call it a day when things got boring on top of badly written and acted.  If you have any doubts, check out the screencaps I took off the leading lady during some of the most dramatic scenes of the show.  I think she was channeling her best Kristen Stewart in this drama.

I loved the first half of this drama.  With Jung Ryeo Won & Jung Kyung Ho as the leads, it was a given that this would be a sure hit.  Or it was until it came up against the surprise juggernaut Queen Seon Deok that aired at the same time.  The lack of ratings caused Ja Myung Go to be cut by a ton of episodes and lose the strong narrative that was present in the beginning.  I am sure I am not the only viewer that was sad with the mediocre outcome.  This is going to be one of those dramas that will always be on my “what could have been” list.

The Royal Gambler had all the elements of a good drama.  It took a liberal view of history, had beautiful cinematography, and a leading man that you should have rooted for.  But instead of becoming the amazing drama it could have been, it withered into a mediocre story with no punch.  The characters were poorly developed and by the end, I was dozing through huge chunks of the story and missed nothing.

The drama Sword and Flower covered a historical period filled with unrest and political coups. Instead of all that great politicking narrative fodder, we were left with a bunch of characters who never blinked.  I am not kidding, it got to the point where I would be watching for their occasional blink to pass the time til it was done.

You have a historical figure who literally goes crazy, kills a lot of people, attempts to kill his son, is forced into a rice box by his father the king, and starves to death.  How can you go wrong with a story like that?  By trying to dilute the history and make the character not crazy, just misunderstood.  They also decided that it would be a good idea to cast an underage leading lady, then due to netizen pressure, recast her half way through to an age appropriate love interest.  This show was just a disaster all around and I was envying the prince for his death by rice box by the end.  If you want a better version of this same story, check out the movie The Throne.  At least there they let the Crown Prince’s crazy flag fly.

This concludes my list of sageuk dramas you can kick to the curb.  Feel free to share your least favorite historical dramas in the comments and let me know if there is a topic for a  I Want Those Hours Back future post.  Also if you are interested in other posts where I discuss what dramas to avoid… Check them out HERE.

0 thoughts on “I Want Those Hours Back – Sageuk Edition”