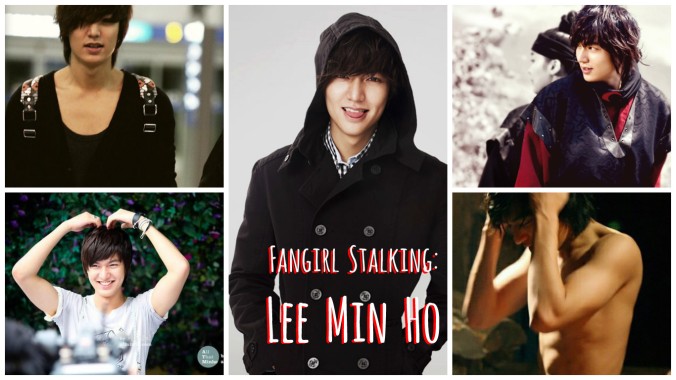 With a nickname like The God of Asia, you know Lee Min Ho is kind of a big deal. It’s not hard to see why.

He’s gorgeous, talented and … actually, I heard he might be kind of a jerk in real life, but with a face like that, I’ll give him a pass. He’s my original bias, the leading man who first swept me off into the world of Kdramas and as such, he will always have a special place in my heart. 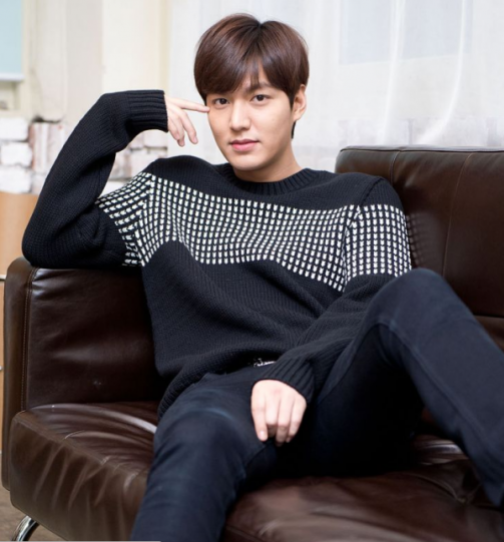 We will start with the dramas I think are must watch works by the actor.  Followed by the shows that could go either way.  This means that they are worth watching in my opinion, but I know there are some people who don’t like the genre.  Lastly, we will cover the dramas/movies that you really could skip and not miss much (at least in regards of the actor/actress featured).  These are the shows that are for die-hard fans who want to watch everything.  So let’s jump into obsessing about the Asian God, Lee Min Ho.

Guuuuurl. If you  have not watched you some BOYS OVER FLOWERS, I do not know what 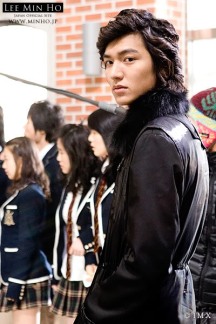 you’re doing on this site. It’s a rite of passage in the Kdrama world. I may be biased, though, because it’s the first Kdrama I ever watched. Halfway through episode one, when the main girl, Jan Di attempted to talk a schoolboy out of an attempted suicide by offering him a discount on his dry cleaning, I said to myself, “Yes.” You know right before you get obsessed with something, that feeling you get? Like a tickle in your brain that lets you know all the synapses are waking up? That.

The premise is basic enough: poor girl finds herself at a rich kid school and runs afoul of the school bullies, who are also extremely rich and extremely hot. Because Jan Di didn’t get the memo to cower like a plebe, she stands up to the school’s top dawg, Gu Jun Pyo (played by Lee Min Ho, costarring his glorious perm). It’s cheesy, you guys. SO CHEESY. But I happen to love cheese, so for me, this one is a must watch and a definite gateway drug to both Lee Min Ho and Kdramas in general.

CITY HUNTER  is another great Lee Min Ho drama. Honestly, it’s probably his best one in terms of styling, acting, and general plot. My one complaint is the romance takes a backseat to the revenge story so the kiss scenes are few and far between. But the fight scenes are epic. Like Lee Min Ho disables a knife-wielding thug with a spoon, epic. Like Lee Min Ho yokes a lackey with his own tie, epic. Like Lee Min Ho fights off a group of assailants with a water bottle, epic. Like… you get the point. The general plot is your basic vengeance fantasy, ala Count of Monte Cristo. Min Ho’s character is seeking revenge for the unfair death of his father by going after the president of Korea, but there’s also subplots of him saving helpless victims of a corrupt system. My son calls him the Korean Batman. This is a great drama to watch with the man in your life. Plenty of delicious eye candy for you and fight scenes that will keep the menfolk interested (but don’t let them try the moves at home. My husband pulled a groin muscle this way).

FAITH/THE GREAT DOCTOR is on the fence for me, actually. I mean, it’s one of my top favorite shows and I enjoyed it immensely. But it is SLOW at first. And kind of slow in the middle. And a bit slow at the end. If you don’t mind … slow … then it’s a beautiful show. The story is about a comely, modern-day doctor who is transported back to the Goryeo dynasty, where she must save the king from an assassination attempt. Lee Min Ho plays General Choi Young, a warrior who protects the king. And he’s beautiful. I mean, the whole show is beautiful. The set design, the costumes. There’s a magic element which adds a lot of great flair to the fight scenes. And it’s interesting to dive into the historical aspects of this culture (albeit a fantasy interpretation of such). I could’ve done with less politics and more kissing (noticing a theme with me yet?), but I was still glued to the screen. And as far as acting goes, it really is one of Lee Min Ho’s best dramas. 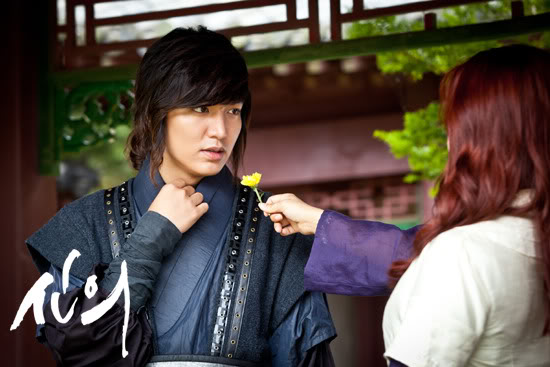 HEIRS. You guys. Let’s talk about Heirs. The premise was right up my alley. I mean, they basically retooled Boys Over Flowers. Poor girl stuck at elite school; rich boy falls in love with her. This is my bread and butter, people. So why isn’t this on my must watch list? One word: sweaters. Who ever was in charge of styling Lee Min Ho should be taken out to the middle of a corn field and shot. But don’t make it a killing shot. No. Shoot the arms and legs so they’re disabled and can’t move. Then set a TV in front of them and turn on Heirs. Force them to witness what they have wrought. I just … Lee Min Ho is my original bias and the styling was so bad that I didn’t even think he was cute in this show. Sure, there were other problems. Leading lady Park Shin Hye’s acting read more like community theater than national starlet. (I’ve liked her in other stuff so I can say this.) Kim Woo Bin saved it because he was delicious as the villain. And the side characters were all fun to watch. In fact, when I think back on it, Lee Min Ho’s romance with Park Shin Hye was the thing I cared about LEAST in the whole show. It’s a darn tragedy. That being said, I still watched it. Twice. So… 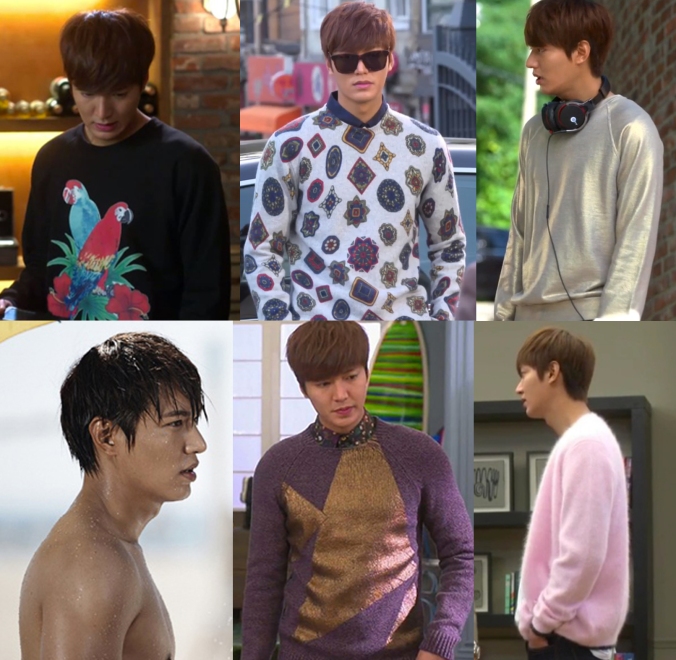 PERSONAL TASTE was not my personal taste. (See what I did there?? *wiggles eyebrows*). 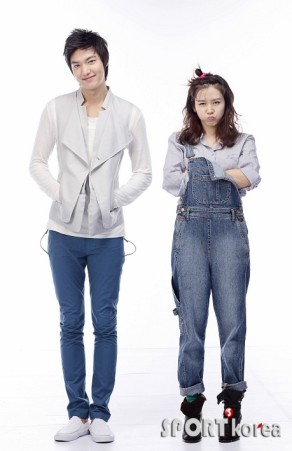 Min Ho pretends to be gay to move in with the daughter of an architectural genius so he can learn her father’s secrets. Meanwhile, leading lady Gae In Park has just had her heart broken in an epic way and is looking for a new roommate and friend. Hijinx ensue but as you can tell from the picture to your right, In Park’s “quirkiness” felt a little forced.

Lee Min Ho’s style was on point in this and he did a great job. The whole issue I have with this show is that the leading lady was nonstop annoying. I couldn’t even, with her. I mean, I’m ALL FOR the improbable set up of ridiculously awesome bachelor falling for the regular, every day girl. But she needs to have at least some charm or I can’t play your reindeer games. So I watched it. All the way through. And I didn’t feel dirty after. But I never watched it again, even when I was jonesing for a Min Ho fix.

Um. Did you know Lee Min Ho was in I AM SAM? Did you also know that I Am Sam is a romance about the young daughter of a gangster family and her (old) teacher? It’s super creepy. I couldn’t make it past the first three episodes, even though it featured two of my biases: Lee Min Ho and TOP, and one of my favorite actresses, Park Min Young. Look, real speak here. I don’t mind older dude/younger lady romances. My hubs is nine years older than me. Age is just a number and all that. So I don’t have a problem with the premise as it stands. Unless the dude IS. NOT. CUTE. Then the drama reads more like a pervy old guy’s secret fantasy. 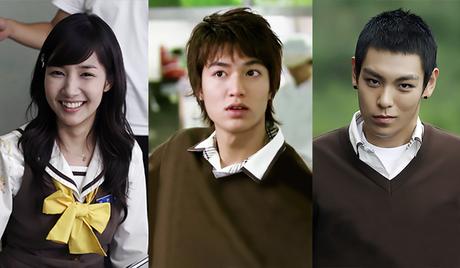 Yes. All the yes. 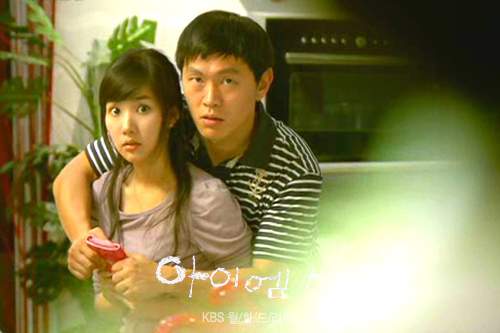 GANGNAM BLUES was Lee Min Ho branching out from his Flower Boy roots to take on a gritty role. But gritty doesn’t always equal good. This movie was too dark for me. Also, warning to those new to the world of Kdramas: the TV shows are held to a much different standard than the movies. So if you’re used to waiting eight episodes for the lead girl to finally get that kiss — on her cheek, then you may not be prepared for the movies. Because … I mean … there is cheek kissing. But it don’t stop there, ifyouknowwhatImean. *wink wink, nudge nudge* 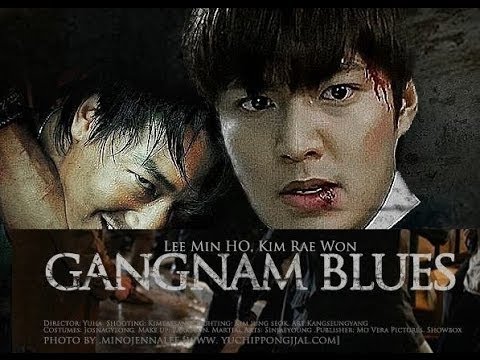 Up next is Lee Min Ho’s new drama, The Legend of the Blue Sea. Spunky and strong leading lady, sexy Lee Min Ho (sans face-eating sweaters) and a really cute premise (genius con-man meets the last mermaid) give me hope that this will be a new favorite.