Sometimes our favorite characters are not always the lead.  Which why we find it important to give our secondary characters their time to shine in the limelight. Come join us as we chat about those that stood out during 2016. 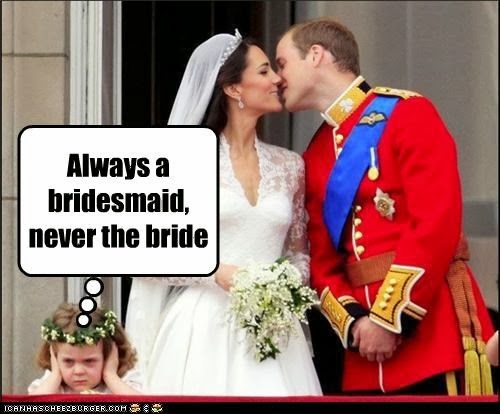 Bring it on Ghost (Choi Cheon Sang & Kim In Rang)

These two guys are truly made for each other.

I can’t imagine anyone or anything coming between their epic love (I still claim they are gay and should have a fantastic wedding where In Rang wears a tux with short pants).  I love them so much I would happily watch a spin-off drama of their lives.  One of the few times I am sad that Korea doesn’t do spinoffs.

CLKYTTA: These two should have been the main leads.  Not that I didn’t love our leads, I mean, who doesn’t love Kim So Hyun and OK Taecyeon! These guys just made the drama so much better; their bromance was perfect.  They had perfect chemistry and played off of each other’s characters so well that I would love to see a spin off with these two guys.

Drama Geek: At first I really didn’t know what to think of these two, but by the end they were my favorite part of the drama. The way they truly cared for each other and got the other person the way no one else could just made me wish they had a true romance. And I second the spinoff idea!!

I will be honest and admit that I am not always a Yoon Sang Hyun fan. But his grumpy ahjussi character in Shopping King Louie was delightful.  Not to mention a second lead who was just a good guy and not a crazy lovesick jerk.  I highly appreciate that as a viewer so he goes onto my favorites list.

CLKYTTA: Oh this guy!  He will forever be Oska to me.  My ship was in full sail the whole drama so I never had any SLS from him, but I think he is charming.  He was such a fun mix of aloofness and goofiness.  You wanted to see him let loose and when he did, it was awesome.  The scene below where he’s singing so Louie can go to the bathroom made me laugh so hard I almost wet myself.

Ji Soo – In Everything

There is no drama that cannot be improved with a tiny dash of Ji Soo.  And since Ji Soo loves doing cameos and secondary characters (still hoping for a lead in 2017) we get to see him onscreen a lot.  The only problem is when he is so brilliant he steals the focus from the drama’s actual actors **cough Doctors cough**.

CLKYTTA: Ji Soo owned this year.  I still haven’t watched Fantastic (It’s on my list and I’m playing catch up), but he made my heart flutter in Scarlet Heart.  No one does brooding, angsty hero like Ji Soo.  He also had a pretty big health scare this year and I hope he’s resting up now that his dramas are done.  We need to see lots and lots of Ji Soo in the future, and I hope that he continues to grow as an actor and we see him in a major leading role in the next few years.

Drama Geek: I am dying to watch the current episode of Weightlifting Fairy because I know he makes a cameo in it. This boy just warms my heart. He had a small blip in the first few episodes of Scarlet Heart but that was totally the directors fault. And he became one of my favorite princes by the end. I hope he has rested up and totally recovered because I want to see a Ji Soo filled new year.

This list had to include Key.  I struggled all the way through Drinking Solo for this guy.  His little sound effect, Di do ri, was mimicked by everyone.  Key made this role seem effortless, he seemed so relaxed as this character and he really surprised me. I loved watching him in We Got Married, but I wasn’t so sure about his acting.  The reality is that Key is comic gold and I hope that he branches more into acting.

KMUSE: He was the only reason I watched since I literally didn’t like 2/3rds of the characters.

Drama Geek: I watched the first few episodes and loved his character. Though I do admit I was distracted by the pretty. Oh so pretty. I plan on binge watching to finish this for his character when I have time.

Mirror of the Witch & Descendants of the Sun – Lee Yi Kyung

We talked about Lee Yi Kyung a while back when we did a post about actors and actresses that we thought were showing promise.  He’s played several minor roles, but this year he was pretty memorable as the whiney construction worker in DoS and the hot shaman in Mirror of the Witch.  His role as the hottie shaman in Mirror of the Witch helped to make that show more bearable.

KMUSE: I might have blocked off most of Descendants of the Sun so don’t recall his character. But I did love him in Mirror of the Witch.  I just wish he had been able to use that awesome giant sword more than he did.

Drama Geek: I didn’t watch past episode 4 of DotS so I can’t comment on his character in that but I loved him in Mirror of the Witch. I can’t wait for him to get bigger parts in the future.

It is so rare in kdramas to have an older woman who is portrayed as sexy and intelligent. These two by themselves were an anomaly but together they were a true gem. They could be catty at times, but they both were strong and opinionated and both truly loved their daughter. Red power suits for the win.

KMUSE: They were such a wonderful addition to this drama.  After our love triangle, they were my second favorite story line and I was totally satisfied with their ending.

It’s funny because they both served the same purpose. They were us inside the drama. Soo Bong fangirling all over Kang Chul and So Hee (I’m still deeply disappointed they didn’t end up together). I have never heard a man scream the way Soo Bong did, but who wouldn’t scream like that when Faceless Dad popped out of nowhere. And Mad Dog loving W so hard that he literally mimicked every move you true drama fans have ever made. They were the laughs when we desperately needed them.

KMUSE: Ha.  These two guys stole every scene they were in. Such fun characters that always provided some great laughs when everyone else was super angsty.

This concludes our favorite secondary characters.  Be sure to let us know yours in the comments and check out our other End of Year Reviews HERE.

4 thoughts on “The Fangirl’s Favorite Secondary Characters of 2016”