We had some great hottie moments this week.  Unfortunately, it was also mixed with a lot of boring politicking filler and awkward incest.  So join me as I discuss what I liked and what I wish I could edit out in this week’s Mane of Glory. 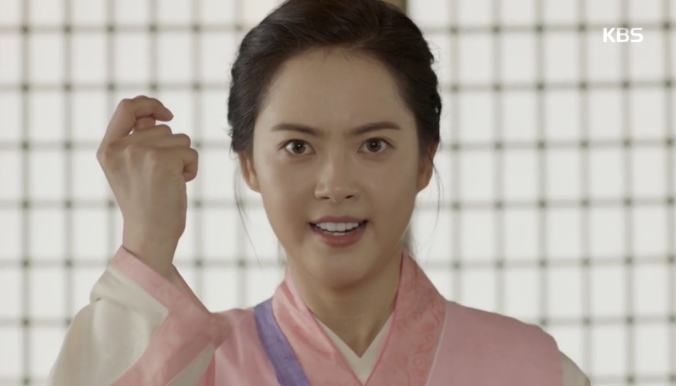 Go Ara is playing such a fun character in this drama. Her description of all the possible students was so enjoyable to watch, and I think she will be a fun addition to the future student mix.  That said, I am not sure if I am really feeling her character as a possible love interest yet. I feel the men’s connection to her but still am waiting to feel that returning spark from her side.

So much pretty all in one place.  And thankfully, I am not as distracted from the styling as I was in the first few episodes.  I especially am thankful for the beauty of Taehyung (V) who just makes me happy.  Now what would really make me happy is to get more than a glimpse of his character.  I need some fluffy space cadet cutie added to the alpha male mix.

This Freak is My Brother?

Uhm…. I suspected that Sun Woo Rang (YAY he has a new name) would take over his dead bestie’s name/life. I didn’t think that they would be lying to the leading lady, and suddenly turning their relationship into a fake incest romance.  Personally, I don’t see why the sister has to be kept in the dark over her brother’s death and his best friend’s identity.  I think I will be ignoring the romance now and focusing on the school/revenge plot line.

One Bad Actress Can Ruin the Mood 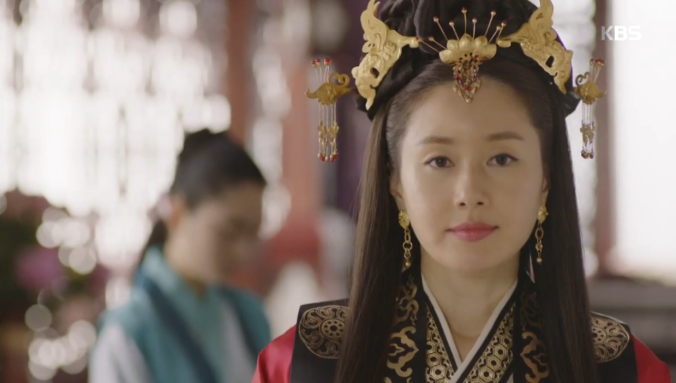 The queen is NOT working for me at all.  Not so much her character development but her ability to portray any type of emotion at all.  I can’t tell what the Queen is thinking/feeling because her expression is always the same.  Her inability to emote makes so many scenes between her and other (more talented) actors fall flat.  #CastingFail

Is a King Still a King if No One Knows His Face?

I don’t know the answer to this yet but can we just take a minute and appreciate how amazingly beautiful King Hottie is?  I think it is time for a slideshow!

Excuse me for a moment while I smack my head in disgust at how little Woo Rang thinks things through.  Couldn’t he have kept his cool and planned his attack before making a move in front of the Queen?  Sure it works to push the story line forward but it just feels too forced for my comfort. 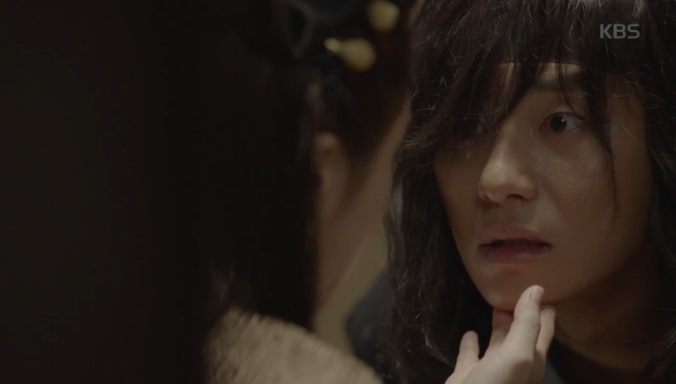 Looks like our leading man has a direct in to Hwarang.  I was surprised since I thought he would choose to go in undercover to find the king… instead, he is being blackmailed.  Looking forward to all the guys interacting.  At least then the queen won’t be screwing up intense moments. After watching episode 4 I am getting a horrible feeling that the only point to A Ro’s character from now on will be a damsel in distress.  Am I the only one that felt she was in trouble or crying a whole lot more than was warranted?  It didn’t help that A Ro’s other scenes were full of awkward brother romance.  Why?  Why did they have to make them fake siblings?

Ha.  Watching all the boys screw up and get tricked into joining Hwarang was very satisfying.  It was a good twist that was more entertaining than if all the guys were there at the pretty boy soldier school because they wanted to.

SQUEEE!  So many pretty boys without any bad wigs to distract me from their hotness.  Also Min Ho and Woo Rang’s bromance is one of my new favorite things.  The were simply adorable.

I remain conflicted with this drama.  Some things I really dislike (fake incest, all the adults, and their stupid politicking), and then there are other plot lines that I am really interested in (pretty much anything that has all the hotties interacting and growing closer and creating bromances).

I also really love anytime Woo Rang goes all athletic and alpha male.  It is by far his best quality to date.  That and maybe his ability to grow a foot of hair overnight……….and have it change color.  Those wigs are going to be the death of me. Here’s to hoping that things perk up next week when it will be all about the boy bonding. Or at least I am crossing my fingers that is going to be the main focus because I seriously need me some bromance stat to save my interest.