There were some fantastic dramas in 2016, and then there were some that made us wish we had spent that time bathing our cats or alphabetizing our spice racks. Some of them had plots that ran off the rails, acting that was wooden, or a great premise that just never got off the ground.  Join the fangirls as we chat about some of the worst dramas of 2016.

How could Lee Joon be boring? Especially when you’ve made him a vampire and given him a really great BFF. But boring he was. This drama often forgot our hero was a vampire. Throwing in a few vamp things here and there but most of the time they didn’t even talk about his vampness. The cases they took had the potential to be interesting, and there were one or two I remember that I liked, but then we got into not very scary pyramid schemes and SUPER mopey ex’s. By the end I really just wanted everyone to die. Or I wanted to get bitten by a vamp myself so I could take everyone out myself.

KMUSE: I 2nd everything that Drama Geek said. If nothing else I feel that we came closer as bloggers for having to make it through this recap with our sanity intact.  It sucked so bad (pun intended.)

Kdrama Jen: I admit it.  I couldn’t even finish this one.

The first four episodes were so good.  They were dark, brooding, and full of revenge driven angst.  And then we watched 14 hours of moody people making noodles.  What a disappointment.

The plot had no cohesiveness and I discovered I didn’t like anyone that lived in that neighborhood.  Wish I had dropped it earlier than later.  Those were twelve hours I could have spent doing something more productive…..like watching paint dry.

Coming back from the dead and having a new persona to get revenge only works if you don’t blow your cover within 15 minutes of your rebirth.  This revenge drama was stupid on too many levels to count.

What is the point of having a good psychopath bad guy when the good guys are obviously to dumb to ever catch him?  A waste of a good bad guy and the last time I am going to bother with the Mrs Cop series.  It should have died off after the first drama.

Cheese in the Trap- 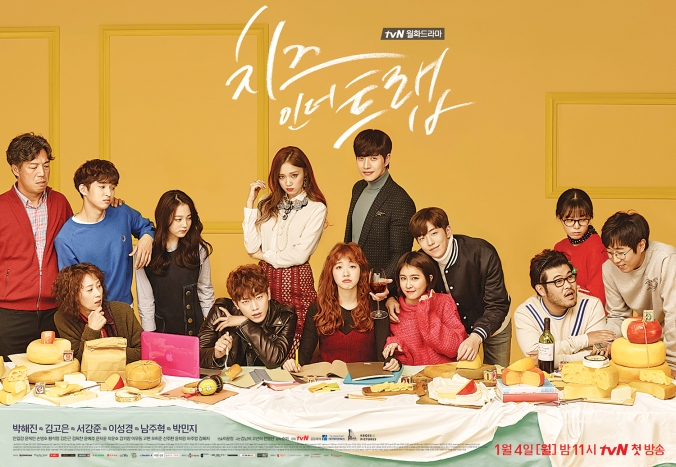 CLKYTTA: I can’t even begin to describe the horror and frustration this drama made me feel.  I liked our leading guy, Park Hae Jin was PERFECT, our heroine was ok, kind of wishy washy, but she had growth potential.  Somewhere in the middle, someone decided that following the comic storyline was for rookies and they were going to totally rewrite the story and make the second lead the lead. I literally screamed at my tv and scared my kid when an entire episode would go by and we barely had a glimpse of our original leading man.  All of his flaws were changed from damaged but redeemable hero to creepy creeper while our messed up second lead was suddenly the main course of the meal.  It still makes me mad just thinking about it. Yes, I’m very bitter about this one.

KMUSE: I still don’t know how this drama went so bad so quickly.   A perfect example of how things can go wrong if you don’t have a set story line from the get go.

Mirror of the Witch

I really wanted to like this one, and it had so much potential, but no. Not even Yoon Si Yoon and Kim Sae Ron acting their hearts out could save this horrible mess of a story.  I really feel like Kim Sae Ron was miscast here. She was too young for the role and there was zero chemistry between the leads.  Not once did I believe in any kind of romance with them. I loved the villain, she had the meatiest role in the whole drama while everyone else just ran around like zombies.

Drama Geek: I have to disagree here. I loved this drama. Yes, it spun its wheels a bit in the middle. And I scream with fury at the ending. But all in all, I still really enjoyed this one.

I don’t even know where to start with this one.  It had a great premise, good actors and yet it never really took off. It was one of those you slog through while hoping for a nugget of awesomeness, but it was only mediocre.

KMUSE: This show could have been so good… except it just wasn’t.  Poorly created characters and mediocre bromance killed it for me.

Kdrama Jen: I have to disagree.  Sure, it was a bit over-the-top the way our main hero seemed to endure all kinds of near death experiences, but I still kept watching.

Korean Harry Potter High, man, I was sold from the start.  Instead it was a train wreck that I kept watching because sometimes I torture myself.  I really want those hours of my life back. The acting was horrible all around, and the story was feeble and lackluster. I’d watch this one and get all excited thinking it was going to move forward, and then it’d get all whiney and everyone would be in their rooms feeling sorry for themselves. Everything about this drama just felt off. 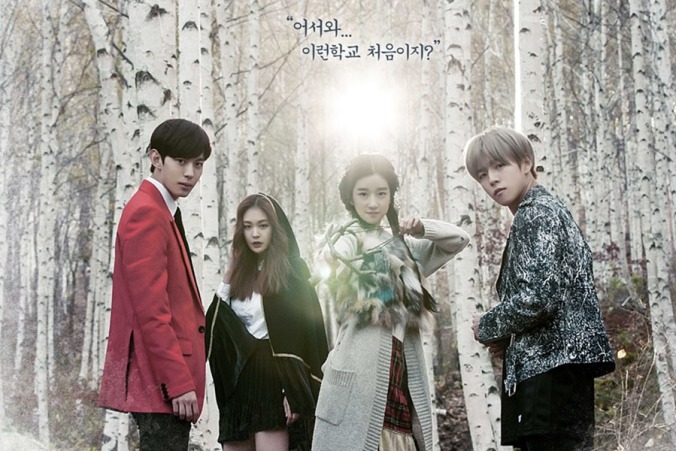 KMUSE: They lost me with the cheesy digital wolves in episode 3.  Too bad since with a decent script and less CGI it might have been a show worth watching.

I dropped this one halfway through, not even my Sweet Potato, Sung Joon, could keep this one interesting.  I don’t know if it was a lack of chemistry, a poorly executed storyline or what, but I can’t even remember what this one is supposed to be about.

Kdrama Jen: I watched this one too.  I didn’t enjoy it at first, but I ended up liking it. I freely admit, however, that I tend to be easily entertained.

Drama Geek: This is a general comment for all the dramas listed. This year I really didn’t have time to keep watching anything I wasn’t in love with. So the only drama I hated that I finished was Vampire Detective and that’s because I was recapping it. I plan on doing the same thing in 2017. Life is too short to suffer through horrible dramas. And thankfully there were tons that I loved.

Oh, 2016, you gave us some wonderful hits, a few flops, and plenty to talk about.  Do you agree with our choices?  Which shows of 2016 left you wishing you could get a refund for the hours you invested?  Add your thoughts to the comments.  Happy New Year to all of our readers.  Best wishes for a 2017 full of fantastic dramas and squee-worthy moments, and be sure to keep reading as we talk about them all right here!