The chemistry between our leads continues to simmer as they come closer and closer to coupledom.  At least if things like abusive moms and meddling first love…. oh, and serial kidnappers don’t get in the way.

We are going to start discussing the things that really set me off on a rant and move our way to the happy stuff.  With this drama, I always like to end on a happy note…so with that in mind, let’s start ranting.

What the heck is wrong with Bong Soon’s mother?  It has been bugging me for weeks that she treats Bong Soon so poorly.  One might say she is almost emotionally abusive.  I don’t care if she has issues about being less than her brothers or how she lost her strength because she is a selfish meanie.  That is no excuse for her horrible behavior and yelling at her daughter.  Not to mention, while her attempts to get Bong Soon to hook up with Min Hyuk can sometimes be funny, her commenting on how Bong Soon should sleep with him, even if she has to trick him into it, is so very wrong. But I can ignore it as just bad writing… but then we get to where I really have a problem.  Abusive mom goes full out physical when she beats up her husband to the point he is sore and bruised.  WOW… there is no way that is OK.  It doesn’t matter if she is the female and he is the male getting hit.  Abuse is still abuse. She is officially on my dislike list and I would be happy if her character disappeared.

The mystery of Ji Soo

Is anyone else surprised that Ji Soo is just so…vanilla in this drama?  And by that, I mean that I almost forget Ji Soo exists whenever he isn’t on screen.  What is the purpose of his character?  He is a mediocre cop at best.  I literally tune out half the time any of the police scenes are going on.  I am so bored with their hunt for the kidnapping psycho, and when it comes to being the romantic B lead of the show, he is very hot and cold. 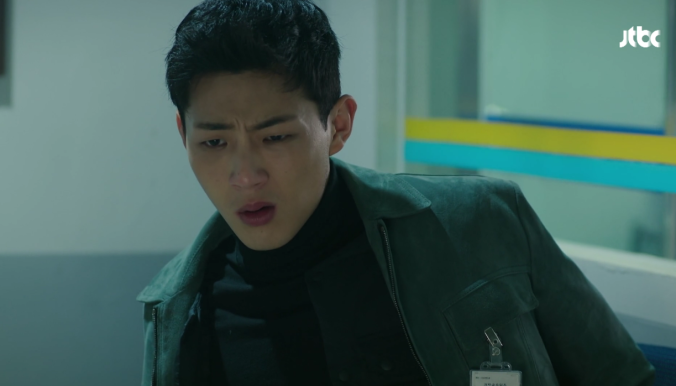 At least we are starting to get some traction on the Ji Soo crushing on Bong Soon side of the story.  But even this brings up a lot of questions.  When he discusses his feelings with his boring ex-girlfriend (Ugh, what is the point of her character?) he indicates that he just realized that he has had feelings for someone else (Bong Soon) for a long time. Which again makes me wonder if something happened in the past to cause misunderstandings? Also, did anyone notice that Ji Soo didn’t react to Bong Soon’s strength?  Does that mean he already knew?  Is it just a moment of bad writing/directing?  I really want to know as long as it doesn’t interfere with my OTP (One True Pairing) feelz.

Filler… so much filler Sometimes I feel like I am waiting FOREVER for our OTP to become the focus of the story again.  Some dramas have such a strong side character storyline that it doesn’t matter who is on the screen, the story is always gripping.  Sadly, this is not such a drama.  There are so many random storylines that I just don’t care about.  For example, I hate the Ahjumma vs Contractor Thug real estate wars that are going on.  I just don’t care.  And I had already mentioned the stupidity/snoozefest that is the cops.  Even the kidnapper is becoming redundant.  However, I did get a creepy thrill when I saw all of the video surveillance that he has planted ever so stealthily.  It seems like the good guys are really going to have to step up their intelligence if they are going to get the drop on this guy.

I adore that our OTP are navigating not one, but two different family dynamics in their quest to become a real couple.  Also, talking about becoming a real couple, Bong Soon is obviously feeling the Min Hyuk charm and warming up to the idea that she has some burgeoning feelings for the Hottie CEO.   I squeal with fangirl glee everytime the cheesy music starts up and she does her staring thing.  It just makes me happy. 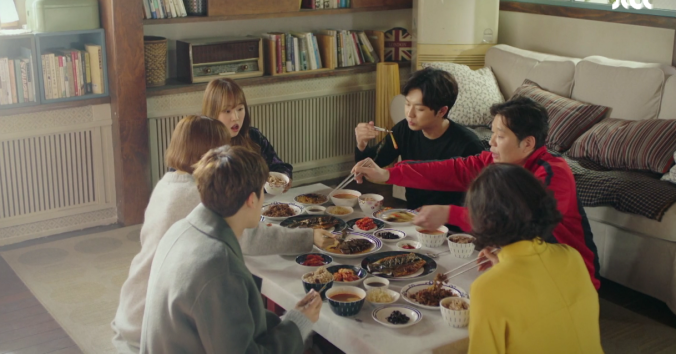 Bong Soon’s family is pretty easy to please.  They are thrilled to have Min Hyuk in the family… gay situation and all.  And it was nice to see Min Hyuk adjust quickly to the pushy mom and all the obvious matchmaking schemes.

For Bong Soon’s part, she also is a trooper at playing Min Hyuk’s fiancee.  The stony silence as the family interrogated her level of gold digging had me cracking up.  Even more so when Bong Soon’s answer of “I like him because he is a weirdo” calms them all down and dinner continues as normal.  These two just fit in each other’s lives and it makes me happy.

Almost a kiss …….. and why I was OK with just an emotional moment

Don’t get me wrong.  I want an OTP kiss as much as the next fangirl. However, I want it to be a huge impromptu moment full of emotions and energy.  Not one that is set up by meaningful talks and a perfect waterfront setting.  That just isn’t the personality of these two.  At least, not in my brain. So YAY for stepping forward as a couple and I will patiently wait for that magical moment in the future.

Also, kudos to Min Hyuk on not ruthlessly pushing Ji Soo away and forcing Bong Soon to make a choice without all the info.  He pretty much admitted that Ji Soo had emotions for her and she needed to clear the air.  That makes her eventual love for him all the better in my opinion.

My all time favorite SWBDS thing 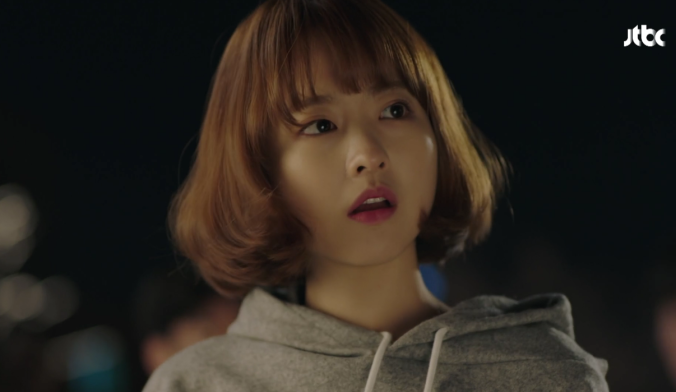 You might be wondering what is my favorite moment of this episode.  I have already talked about all the great OTP moments so what could possibly be left?  This is actually something that occurs throughout the whole show but I have not had the opportunity to comment on it. But here I am left with an extra spot for a comment so here it goes.  My all time favorite thing is Bong Soon’s little noises she constantly makes.  You know, the little Yays, hmphs, and squeaks that pepper her vernacular.  They are just so flipping adorable I can barely stand it. 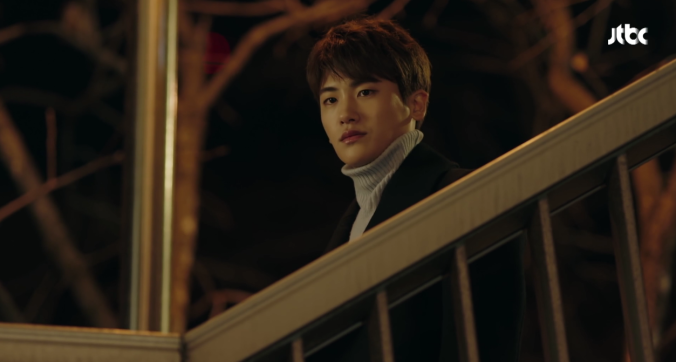 I continue to enjoy this drama despite the issues I have with the abusive mom and the thug filler.  Those OTP moments and Bong Soon’s natural adorable nature just draw me in and make the time wasted on other people well worth it.  I have given up expecting an amazing and tightly written storyline and am happy to go on as I am now, just enjoying the cuteness that is Bong Soon and Min Hyuk.