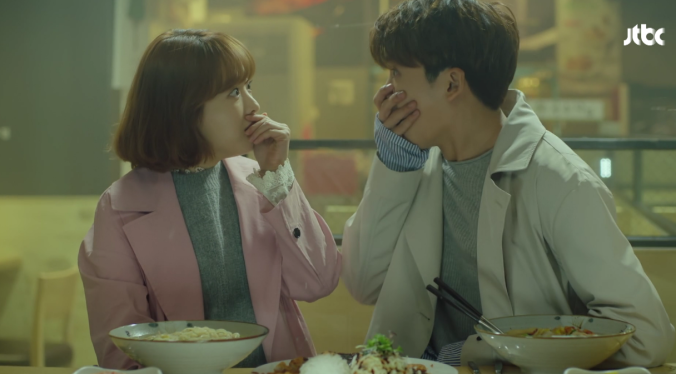 It is yet another episode where we get to adore our cute OTP and try to drown out the extra stuff (at least for those of us who are not into the thug and cop storyline.)  Which means I want to mix things up a bit and discuss the how important plot and character development are for a drama.  Mostly since I really just don’t want to sound like a broken record week after week.

But before I do get to the main topic of this post, let’s take a few seconds to chat about a few developments which actually happened. 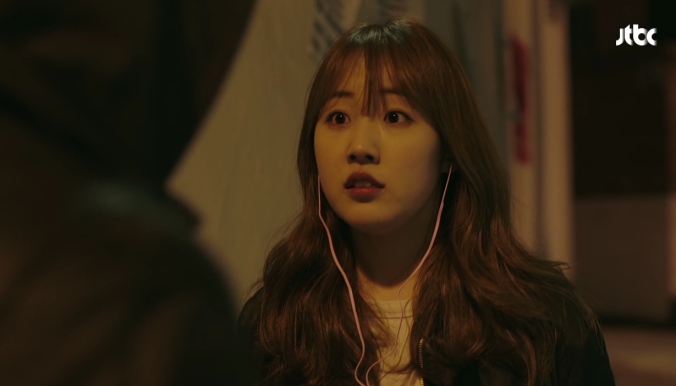 So…….. I am just going to put this out there.  This girl has no purpose to the story whatsoever other than to move the plot around.  Let’s look at this realistically.  You are beaten and almost kidnapped by the supposed serial killer/kidnapper.  You are hospitalized for a large amount of time and are almost abducted again while in the hospital under police protection.  With all these things occurring, there is no girl in the world (unless they are crazy) who is going to lackadaisically walk around the neighborhood (WHERE YOU WERE ALMOST ABDUCTED) alone after dark.  Bong Soon’s bestie shows no signs of stress or post-traumatic issues.  She is practically asking to be kidnapped and locked in a crazy man’s prison.  Literally, the only reason she is around is so that Bong Soon will have a reason to focus in on our bad guy again.

The Cops Wise Up 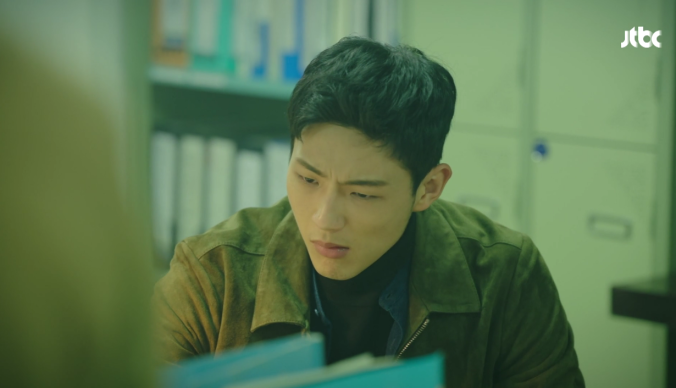 They finally figure out that the police station has been bugged.  That is pretty much the only real development that happened for them this week.  Oh…. and that Bong Soon Bestie has been abducted.  But that is only because Bong Soon figured it out and informed them of the latest development.  A tracking bracelet is kind of pointless if no one is actually tracking it.

Well, this happened.  Not sure why or how all the thugs figured out to come to this monastery, but gather they did.  At least the water flicking monk with the wavy locks provided a moment of humor despite the scene going on for way too long yet again.

The OTP continues to be adorable and that’s why I tune in.  I thought their banter was so cute throughout the whole episode.  We also finally got that kiss we were waiting for!  Of course, that was only after a forehead kiss fakeout, but at least we finally got there.  Was it all that I was wishing for?  Hmmmm.  Not exactly.  I honestly would have preferred something more spur of the moment and intense.  But since that doesn’t seem to be the way this relationship is being set up, I was satisfied with sweet and full of warm fuzzies.  I also thought the heart was a cute touch.  All in all, I am satisfied.

It’s All About the Writing.

Now that we have chatted about all the events that happened this episode, I want to take a quick moment to discuss plot development in relation to this drama.  Or more aptly, the lack of plot development.

Let us take a minute to think of all the plot moments that showed up only to be dumped to the wayside. I could keep posting more, but I think you get the idea.  When one of the longest and most developed storylines involves the concept of Poop Wine…. you know you have a problem.

So, how does the lack of plot follow through effect the drama?  For me, it makes the story choppy and I am unable to really connect into what happens to the characters.  I want to get excited about the events as they happen, but after twelve episodes with little follow through I doubt that I will get any satisfaction. I suspect that the only plot that will actually be concluded is that of the kidnapper being taken down and that Bong Soon and Min Hyuk will be end game.  Everything else will most likely be unfulfilled concepts of what could have been if the writer had remained focused and on point. 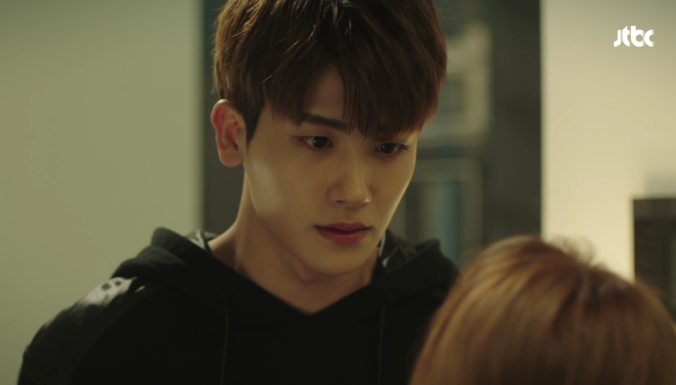 In the future, I will not be rewatching this drama.  The OTP is adorable, but the lack of plot is really starting to be a downer.  I think that anytime I feel the urge for a Bong Soon/Min Hyuk moment I will turn to youtube and see what treats the industrious fans have created.  Isn’t it amazing how a fan made video of a cute OTP can give you the right feels without all the boring filler?