The Fangirls are back and discussing what makes a great memorable drama character and why some are so forgettable?  Did your favorites make our list?  Come join us as we chat and fangirl about some of our favorite characters of all time.

What characteristics does a drama character need to make a long lasting impression?

CLKYTTA: It’s so easy for a good character to go meh, so I think one of the most important characteristics is to be consistent. Character growth is always good, but they still need to still be the character we met. Bravery is a must, bravery always gets remembered, the characters who coast through with no strife or challenge to overcome are always forgettable.  It helps if they have a catch phrase or gesture that is a key part of the character.

Drama Geek: Dimensions. I want to feel like they are a living breathing human being, not just a plot device or paper thin construct of the writer’s imagination. Now, I think characters have become memorable to me despite what the writer creates because of the actor or actress, but usually it’s a team effort.

CLSunbae: I agree with the above answers. Dimensions and consistency are important. Also, there are times when an actor just clicks with a role. Ji Sung as Cha Min Ho in Kill Me Heal Me was AMAZE (as my daughter would say) but Ji Sung as that guy in Entertainer was much meh. Part of it was good writing versus bad writing but you could also tell the actor enjoyed the KMHM role much more. I think when an actor is excited about a character or role, it shines through because they’re putting their best effort into it.

KMUSE: I agree with everything my co-fangirls have said.  Although, for me personally, I am a total sucked in when a character goes full alpha… and if they are a little messed up because of it, all the better.

What do you think makes other character’s forgettable?

CLKYTTA: Aside from bad writing?  I think it’s when the completely wrong actor is cast for a role. We need to believe that our hero is a hero, he needs to have hero qualities and he needs to be believable.  Some people will watch a drama and love it simply because “Oppa” is in it, but if there’s no spark, I don’t care who the actor is, it’s going into the “I’m going to just forget he played that role” pile. You can always tell when a role doesn’t fit even if the actor is trying hard to make it fit.

KMUSE: Oooh!  I totally agree.  Nothing is worse that an actor that can’t succeed in bringing a character to life.   Yoona in K2 comes readily to mind.  Unlike a lot of other kaddicts I am not anti-Yoona.  However, the character was written poorly and Yoona wasn’t the actress that was going to bring it to life and save the show.  The opposite can also be true.  I find that Strong Woman Do Bong Soon is horribly written but Park Bo Young is such a great actress I love the character regardless.

CLSunbae: Amen, CLKYTTA! I loved Lee Hong Ki in You’re Beautiful so I was excited to see him in Bride of the Century but no matter how good his acting chops, that sweet baby face could not pull off brooding chaebol. I hated to hate him, but I did because I think the show would’ve been pretty good if they hadn’t cast a bunny as a wolf.

Drama Geek: Dramaland is littered with the characters that fit the same description. Seriously, I laugh when I read the synopsis for new dramas. And the characters I forget are the ones that never manage to go move outside their description. If you’ve seen one handsome chaebol, candy girl, or devoted secretary you’ve seen them all. But I great story and/or actor go beyond that and make the character come to life.

Does a character have to be the lead to make your top character list? Why or why not?

CLKYTTA:  No, they don’t have to be the lead.  Sometimes it’s the side characters who really stand out for one reason or another.  For instance, in Cheer Up/Sassy Go Go, Ji Soo totally stole the show and became the memorable character for me. His story had the hook that interested me more than the main male lead.  I still think of that character every time I see gummy bears.

Drama Geek: Some of my favorite characters aren’t the leads. A good example of a drama filled with amazing characters was Goblin. There wasn’t one person that was on the screen that didn’t make me sit up and take notice. Also, a good bad guy can be the most memorable character of all. Liar Game and My Love From Another Star are examples of the same actor burning his character into my brain. So much so, that if someone asks how my health is I get a mini panic attack. 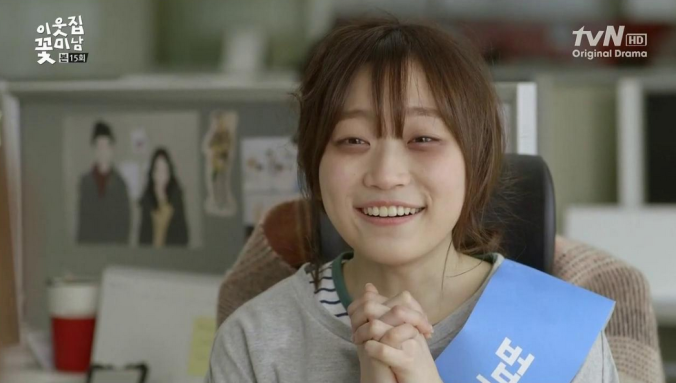 CLSunbae: One of my all time favorite Kdrama characters is Secretary Ko in Blade Man. That show was pretty awful, but I still rewatch some episodes because Secretary Ko was such a delight in it! In fact, when done well, the long-suffering side secretaries are often my favorites. Protect the Boss, HMKM, Cinderella and the Four Knights, Incomplete Life, Love Me If You Dare, Oh My Venus and Goblin all had secretaries I fell in love with.

Who are your 3 most memorable drama characters?

CLSunbae: As soon as you ask this question, my brain goes blank! Gah! Okay, let me think…

KMUSE: I am going to try and go into my classic drama vault to answer this question.  I also want to choose some characters that are not my go to answers anytime the question of favorites comes up.  Thankfully, after watching over 500 dramas, I have a lot to choose from.  So in no specific order….

Who are your favorite characters that you feel will win the test of time?  Let us know in the comments and check back soon for more memorable Fangirl roundtables.

8 thoughts on “The Fangirl’s Kdrama Roundtable: What Makes A Drama Character Memorable?”