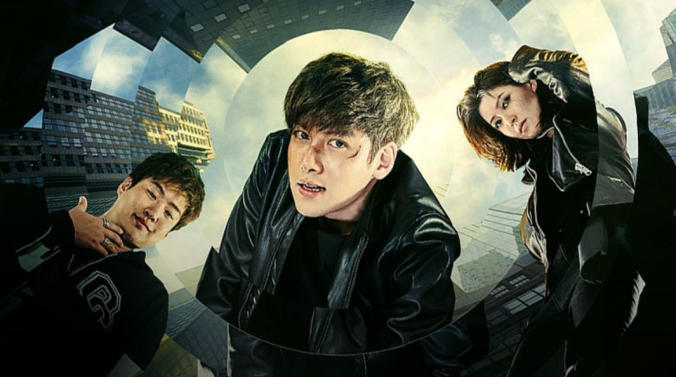 We at DWASOK have been craving a Ji Chang Wook fix for a while, so Fabricated City being released with subs came at the perfect time.  Come join Drama Geek and myself as we discuss all things Fabricated City and we will let you know if this movie is worthy of the awesomeness that is Ji Chang Wook.

In real life, Kwon Yoo is just an unemployed man who lives day by day by eating cup noodles in real life, but in the virtual gaming world, he is the best leader. Kwon Yoo is then framed for a murder. With the help of hacker Yeo Wool, he tries to uncover the truth behind the murder case.

KMUSE: I actually liked the cinematography in this show.  There was nothing groundbreaking, but I knew when they were in the game, and I knew when they weren’t.  It was dark, but not too dark, and for the most part, I got the impression of horrible things happening without being traumatized by the actual events.  Being a bit on the wussy side of things, I appreciated not having to see any jail rapings and such.

Drama Geek: I felt that the cinematography was at it’s best toward the end when they blurred the tech side of it with the real world. There were some super cool scenes where the bad guy looks a bit like a god, manipulating the ants below. Also a fight scene that used darkness and interspersed light to create an image that could be in a game, but was supposed to be real life. The car chases were done to have a gamer feel to them as well.

KMUSE: While I liked the story, I felt overall it was just a bit rushed.  You had to make jumps of logic since there was just not enough time to truly develop the characters and the events that lead up to Kwon Yoo’s arrest.  Then you have the whole gaming team coming together to save their online leader, which is a tiny bit crazy.  I think I had a bigger problem believing that then I did the tech wizard bad guy that could create guilty killers on a whim.  Real Life Note**** If any of my online kbesties get arrested for murder, I won’t be breaking the law to help you.  Sorry, that just isn’t the way I roll.

Drama Geek: Haha, yeah I don’t think I’d be willing to risk my life for someone who never even agreed to meet in real life.

For me this was a tried and true action movie. Light on story depth, heavy on the action. But I thought Chang Wook does what he does best, and he made me care about his character Kwon Yoo, even if you had to look past a few leaps in the story. I do think they could have gone a little lighter on the prison plot. Yikes, I did not need some of those fade to black scenes. Even if they didn’t show it, I still have an imagination. They also managed to make me like his crew by the end. They made a fun team. 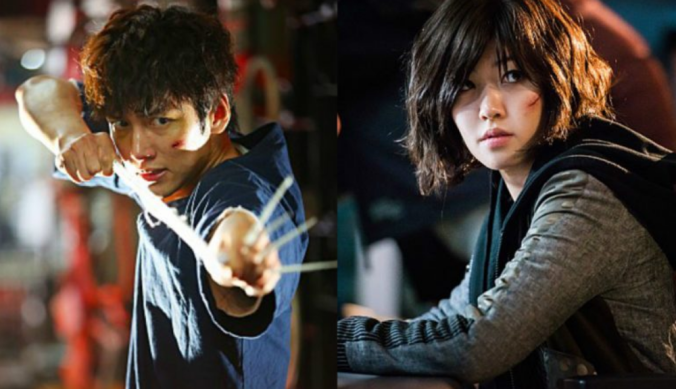 KMUSE: It is amazing how you can easily believe that Ji Chang Wook (Kwon Yoo) can have special fighting powers despite being an online slacker.  I am not positive if they ever explained how he is so talented at ninja type skills.  Maybe his supposed professional athlete background?

Yeo Wool is actually my favorite character from the movie.  She is so spunky and sarcastic.  Not to mention she has some serious hacker talent going on.

Drama Geek: They said a few times that Kwon Yoo was part of the national team, (I’m assuming for some type of martial arts) but they never explained why he quit. Although the subs were pretty bad in a lot of places so they could have explained and it wasn’t translated properly. Bottom line, Chang Wook delivered spectacularly as the action hero. K2 proved he is destined to keep getting offered parts like this, and even if he doesn’t always like to be the action hero he’s so good at, I hope he keeps making action movies. And then grace the small screen as a puppy love interest. I call that cake and eating it too.

Yeol Wool is the only reason Kwon Yoo survived. She was the mastermind behind most of their plans and abilities and she was a quirky character that I really liked right away.

KMUSE: Can we take a minute and talk about how weird the bad guy was?  I actually laughed when he showed up on the screen with the huge birthmark.  I then stated out loud that this must be the bad guy.  Sure enough, the pro-bono lawyer is, in fact, a criminal mastermind.  A bad guy who frames innocent people for murder to cover up the crimes of the rich.  The concept itself totally works and was actually frightening.  Sadly, the bad guy was so over the top and weird that a lot of that intensity is ruined in the second half of the movie.

Drama Geek: Okay, I admit I was sporting a pretty big headache when I watched, so I didn’t really catch that he was the bad guy right away. Maybe it’s because I’ve only seen this actor as a lovable good guy before. I did feel that he became over the top toward the end, but I thought that when they pared it with some of the tech aspects he appeared to be more of a video game bad guy, and it worked for me.

KMUSE: It was a fun show and while I wouldn’t say it was anything amazing, I enjoyed spending the two hours watching it.  I think I would recommend this movie to Ji Chang Wook fans and anyone that just needs filler for a couple hours.

Drama Geek: I say come for badass Wook, stay for the car chases.

0 thoughts on “Drama Geek and Kmuse’s Night Out To The Movies: Fabricated City”