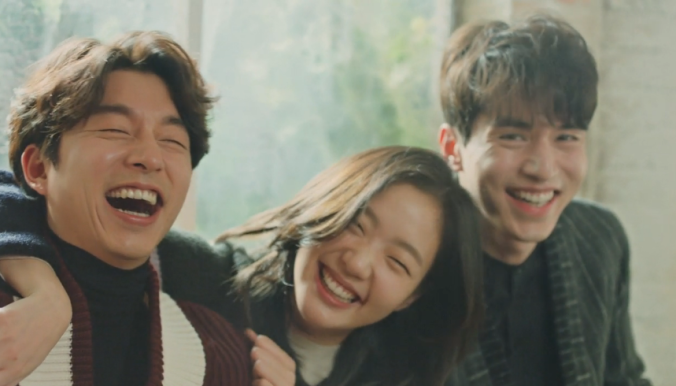 Everyone has their story—the drama that drew them into the addictive world of Korean entertainment. For many, it was the soap-opera-like storytelling of Boys over Flowers. For me, it was the peerless Goblin, which told the story of this half-man, half-god, who could be as bashful as a schoolboy and absolutely silly, and yet he commanded the elements with 900 years of authority and traded insults fearlessly with an agent of Death. How could I not be drawn in? Little did I know that it would be impossible to leave.

So where does one go when entering the world of kdramas? How do you know what to watch next? And how do you avoid getting sucked into kpop? (Short answer: You don’t. Roll with it, my friend.)

It seems to me there are a few way to approach the “What do I watch next?” question. I entered the kdrama world all on my own about six months ago (late January of 2017), so I only had myself and a few brief internet searches to guide me. This was a feasible approach—I ended up watching Descendants of the Sun, Coffee Prince, and Wild Romance and not hating them—but it made choosing a decent kdrama a crapshoot. I chose Descendants of the Sun because it was written by the same talented person who penned Goblin. I chose Wild Romance because I loved watching Lee Dong Wook as the Reaper and was curious to see how he would do in a less mythical role. (In my opinion, he killed it, but the rest of the drama was lackluster.) Coffee Prince was spectacular and painful and being completely uneducated in Korean culture, a little hard to watch at times (I had no idea what skinship was). But Gong Yoo was an excellent lead and very different from the Goblin, and I enjoyed seeing a bit more of his range.

One of the best things I did, however, was broadcast my newfound love of kdramas to my Facebook friends. I found myself a drama-watching partner who loves research as much as I do, and between the two of us, we’ve watched some decent series—Cinderella and Four Knights, Strong Woman Dong Bo Soon (Park Hyung Sik FTW!), To the Beautiful You (except for that phenomenally weak ending), Moonlovers: Scarlet Heart Ryeo (who knew having my heart torn to shreds could still be a good experience?!)—and some weaker series that had great moments (Hwarang, I am STARING at you). But we’re both newbies and there’s only so much we can do on our own.

The answer is simple and had been staring me in the face for a LONG time: Find more experienced kdrama watchers! Get recommendations! And that is what I did. Turns out that Korean entertainment does not exist in a vacuum. There are blogs and websites and Facebook pages galore! I’ve found ones that work for me (you’re reading one of them!) and you can find ones that work for you. Embrace them, and don’t be afraid to ask questions. There is a LOT to be learned about Korean culture through the consumption of Korean entertainment, and it’s a worthwhile endeavor. In fact, it led me to some outside research to understand things that seemed strange at first. For starters, DramaFever has your back with an article about 101 Korean Pop Culture Words.

I’ll tell you what I wish someone had told me: “Good luck on this new journey, kdrama newbie! You’re in for a ton of fun. And embrace the kpop—it’s fantastic.”

(This post was written while I listened to SHINee, BTS, VIXX, and KSuke & Amber’s Breathe Again. All highly recommended, and not just by me. 😀)

0 thoughts on “A Newbie’s Journey Into Kdramas”