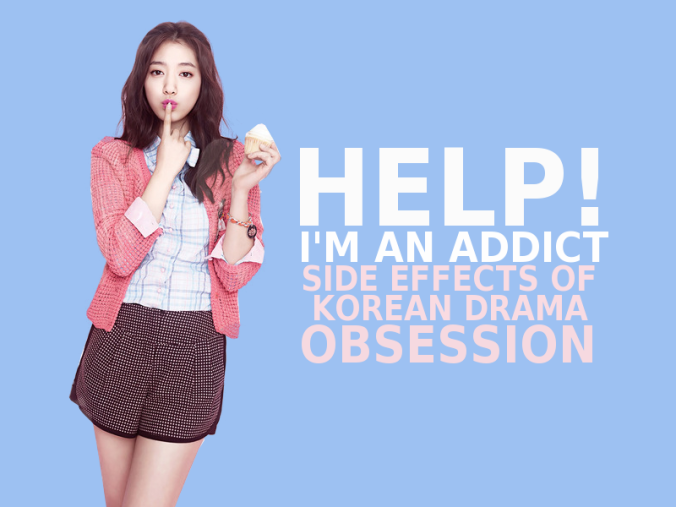 Yes, I am 100% a kdrama addict. I watch them, obsess about the actors and actresses, blog about them, even dream about them. You get the picture. But it doesn’t mean I don’t see through the rosy glasses I wore when I first started watching. Just like American TV, Kdramas have their flaws but we love them anyway. Today’s blog is not really about those flaws in general, it’s more about a certain mental side effect I found myself having. It made me wonder if anyone else suffers from it as well.

I have a milestone birthday coming up and I’ve been mentally preparing for it all year long. I started to spiral a few months ago thinking that I am getting super old. I’ve always had people tell me I look a lot younger than my age, but that stopped happening a few years ago. Wrinkles are in full force. If I didn’t dye my hair, I’m sure there would probably be a few gray hairs up there. My youngest is horrified at the idea that I’m turning XX (the age we will not speak of).

My husband is no help because he’s three years younger than me. It was getting pretty bad. I love spending most of my time at home watching dramas and writing so it’s not like I was hiding from the world any more than I usually do, but I did feel myself thinking about how old I looked almost every day.

Then I had the opportunity to buy tickets to the G-Dragon concert to celebrate said birthday and I jumped on it. But in the back of my head I wondered if I should even be going because I was more an ahjumma than a noona. It was in the leading weeks to the concert that I finally realized one of the reasons I’d been spiraling so much. Korea’s obsession with age had gotten to me. It’s not just Korea, I’ve watched tons of Jdramas and Cdramas where the girl approaching thirty (not the age I’m approaching unfortunately) is thought of as an old maid if she isn’t married. The young office girls treat her like crap because they are the up and coming talent. Other examples are more subtle, but they are there.

This is compounded by the fact that almost all leading men are younger than me. There is a very, very short list I can technically call Oppa (if we aren’t going by Yoo Na’s definition).

Kpop is even worse. The new groups debuting make you feel more and more like a perverted old woman. In this aspect, I’ve actually limited my Kpop tastes to just a few groups I plan on following until they get really old (gasp, thirty) and retire. It’s understandable with how hard idols are on their bodies. Plus, those kids need to able to get married and it’s just not that feasible until they retire.

So there was all of this evidence that Kdramas and Kpop were warping the way I was thinking about myself in terms of my age. Is it really their fault? Is Kdramaland any different from Hollywood? Probably not, but it sure sent me into a dark place for a while. I’m not going to dissect dramas and the culture any further than this because it’s not really why I’m writing it nor do I think it’s the sole cause of my frame of mind.

Back to G-Dragon… I still felt old and thought I possibly shouldn’t be there when I got all gussied up for the concert. Then we stood in line, and the young girl in front of us brought her mom who was older than me. And several spots down from that there were more women who were either my age or older. As I held my Big Bang light stick and waited to enter the arena something magical happened. My youth came back to me. I sat in my seat and chatted with the teenage girl and her mom (a different mom and daughter duo) and anticipated GD while singing along to the videos and felt rejuvenated. When he came out on stage, I was swept away just like all the other fans of varying ages.

KMUSE snapped a picture of me standing in line that I’m currently using as my Facebook profile and it captured how I felt that night. Comfortable in my own skin again.

I guess I wrote this post to say that beauty, weight, age, social status, financial status, and so many other ideals can be shaped by what we watch and read. We can get caught up in it all and let it affect the way we view ourselves. But the same things can also remind us that we are all alike too. Kdrama & Kpop fans are varied and diverse and it’s not something that has an age limit on it.

Now, I’ll have to come back to this post in ten years to remind myself that I am still young if I want to be.

Have you noticed anything like this after watching Kdrama for a long time? How do you deal with it?

0 thoughts on “Negative Side Effects of Kdramas”