It’s not often that I let people make decisions for me. I may be the DWASOK Maknae, but in real life I’m the oldest in my family AND the mother of four children. So, you see, usually *I* am the one making the decisions.

But I have NO REGRETS. Oh, you guys, ZERO REGRETS. I loved Reply 1997/Answer Me 1997. I loved it so much I accidentally had a marathon! Thankfully, I had a day with very few obligations and the kids are more than old enough to fend for themselves — and to feed me. 😀 Yeah, I’m that kind of mom.

ANYWAY. My thoughts. Reply 1997 had some fantastic actors, a great plot with excellent tension (I have a hard time leaving a mystery unsolved — yet another reason I had to binge watch!), and was an excellent introduction to the “slice of life” genre. I also experienced some serious nostalgia — the drama may have been set half a world away, but I was finishing high school and starting college right at that same time, so I remember the sound of the dial-up modem, the constant battle between wanting to use the phone and the computer, the boy band craze (Backstreet Boys 4ever!!), and graduating high school and having only a vague idea of what I wanted to do in college. It definitely intensified my drama-watching experience.

I think one of the most intriguing things to watch was the volatile friendship between Yoon Jae and Shi Won. They were both hard-headed people with definite opinions about the right way to do things. They often butted heads, but they still clicked so well. I think their passionate approach to life created a strong bond between them, something that ran deeper than their surface conversations. I really loved how they would steal each other’s food ALL THE TIME. It demonstrated the familiarity and comfortableness they shared, which I adored.

That characterization — that passion for life — was carried over to Shi Won’s dad. It made sense that they would battle throughout her adolescence, but also still love each other. I didn’t feel like Shi Won had the same connection to her mother, because as much as she and her dad fought, he understood her the best. I loved Shi Won’s mom too — how could I not love someone who just let the eccentricities of her family members wash over her and not stress her out? 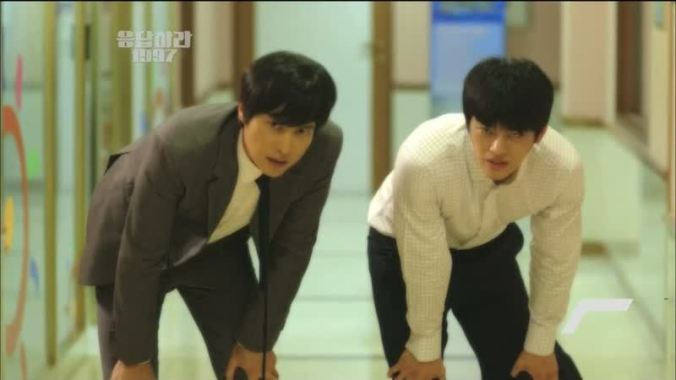 Shi Won’s fits of childishness were hard to watch sometimes, but I understood where they came from, and they provided a greater contrast with her older self. What I struggled with the most was the love triangle between Shi Won, Yoon Jae, and Tae Woon. Tae Woon was just so much older than Shi Won! But I could see how he was attracted to her for herself, and not because she looked like her sister, and that relationship was an excellent foil to demonstrate the deep love and respect the brothers had for each other. So, it may have bugged me, but I wouldn’t want it any other way.

The side characters were all fantastic in their own ways — bumbling Hak Chan, flighty Yoo Jung, verbose Sung Jae with his unexpected heart of gold, and steady Joon Hee. I loved how Joon Hee was the oil to Yoon Jae and Shi Won’s individual troubled waters, and how he was such a good friend to them both. 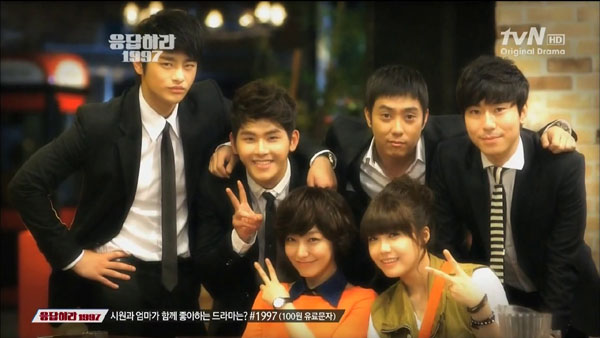 Reply 1997 is definitely going on my re-watch list, and I am so thankful to Amber for suggesting it and to you, dear readers, for voting for it. There will be another poll going up after I finish Reply 1988. You all may take the blame for my new fascination with slice of life dramas.

(Gentle Viewer Alert: If you’re of a more morally conservative bent, you might not find Hak Chan’s primary hobby very funny. There are a few swears, the worst of which were bleeped out, and a few implied adult situations. Nothing beyond a PG-13 level.)