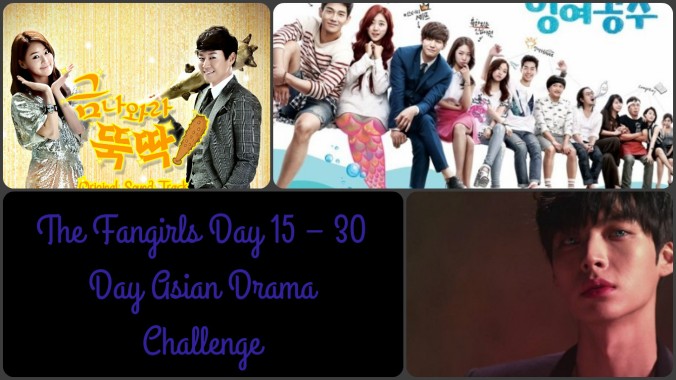 Everything is going along fine and BAM! your drama suddenly goes in a horrible direction.  For Day 15 we chat dramas that ended up being a total waste.

DAY 15: Drama you watched in full, but ended up being a waste in retrospect.

KdramaJen:  Let me see…  Shall I babble on about Blood?  Oh, wait, I couldn’t get through it, so that one doesn’t count.  I don’t know if any are really a waste. I am fairly easily entertained, so I usually get something out of every drama. There have been some really crummy and dissatisfying endings, though.  Idle Mermaid (Surplus Princess) was really cute, but them it fizzled.  The first part had me hooked, introduced me to “Apple Butt” and featured the scene stealing Kim Seul-gi, so it wasn’t completely wasted.  I guess I tend to abandon the really awful ones, so it’s hard for me to answer. I have been disappointed in endings (I am looking at you, Shine and Go Crazy), but I still took away something.

CLKYTTA: Shine or Go Crazy, I wanted to like it so much and I kept waiting for it to redeem itself, but in the end I wanted those hours of my life back.  I actually yelled at my laptop screen and threw a foot stomping hissy fit because I couldn’t believe the ending was so crappy. 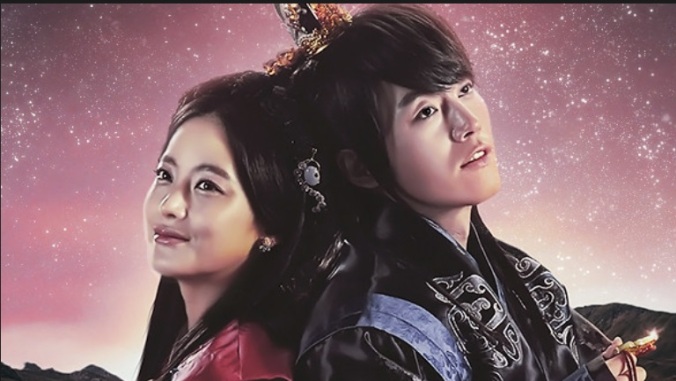 Drama Geek: I have two: Mirae’s Choice. The show is about choice and there is never a choice made. Yeah, just don’t. Vampire Detective. You can read the series final episode recap if you’re curious why. But run as far away from this show as you can. Especially if you like vampires or logic.

KMUSE: I also give a shout out to avoid Vampire Detective and while we are on the topic of vampires, I also finished Blood.  Another to avoid at all costs.  But my all time least favorite ending is for the drama I Summon You Gold

We see the leading man fall in love with the leading lady for 40 episodes.  It is super cute and not too icky considering she is the twin sister of his estranged wife.  And then the writers went insane and hooked him back up with his wife and the girl that he fell in love with (for forty freaking episodes) was OK with it.  WHAT THE FUDGE?????  Worst plot twist/ending ever.

Grrr… I am annoyed just thinking about how many hours I wasted watching some of these dramas.  Which drama makes you wish you had your 16+ hours back?  Let us know in the comments and check back tomorrow for an all new challenge.