Wang Kai rocked my drama world the first time I saw him as lonely and forgotten Prince Jing and my love for him has not waned in the year since.  Which makes him the perfect pick for my first Chinese subject of Fangirl Stalking.  So come join me as I chat about Wang Kai’s filmography and which of his dramas are a must watch.

We will start with the dramas I think are must watch works by the actor.  Followed by the shows that could go either way.  This means that they are worth watching in my opinion, but I know there are some people who don’t like the genre.  Lastly, we will cover the dramas/movies that you really could skip and not miss much (at least in regards of the actor/actress featured).  These are the shows that are for die-hard fans who want to watch everything.  So let’s jump into obsessing about one of China’s hottest actors, Wang Kai.

I have so much love for this drama and Wang Kai’s performance.  Nirvana in Fire remains my #1 all time favorite Cdrama as well as one of my favorite shows ever.  It is truly spectacular and I would recommend to everyone to check it out.  For a more lengthy spoiler free review, CLICK HERE.

Wang Kai reunites with his Nirvana in Fire co-star Hu Ge to bring yet another drama onto my “must watch” list.  The Disguiser is set in revolution period china and is an action packed spy extravaganza.  Wang Kai has such beautiful clothes and can kill  bad guys with the best of them.  Check out the fun fan video below and then check out The Disguiser HERE on Viki.  You won’t be disappointed.

A Murder Beside Yanhe River (Movie)

Looking for a quick Wang Kai fix?  Then try A Murder Beside the Yanhe River where Wang Kai plays a general of the Chinese Workers’ and Peasants’ Red Army who is accused of murdering a girl who rejected his marriage proposal.  This suspenseful movie will keep you wondering whether he did it or not.

Love Me If You Dare

I really love this drama (despite the crazy turn toward the end).  However, in regards to Wang Kai, it isn’t a must watch.  He plays second lead Li Xun Ran and while he is attractive, the character doesn’t progress much beyond a single note.

Ode to Joy is a drama that really focuses on the female characters.  Which is fine unless you are watching for the men.  Wang Kai plays the boyfriend of one of the leading ladies and is wonderful.  But it isn’t enough Wang Kai to make me recommend to his fans.  Watch the other dramas first.

Wang Kai has multiple projects expected to air in the next few months.  These are the two that really stand out for me.

When a Snail Falls In Love 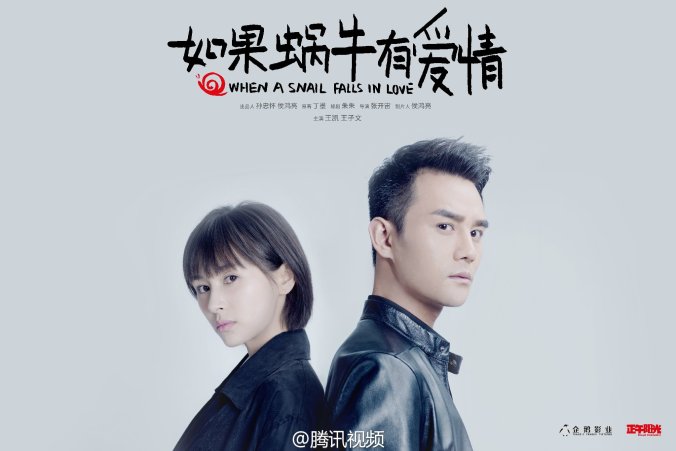 I read this novel (same writer as Love Me If You Dare) and fell in love with the pint sized profiler and her mentor.  Wang Kai and Wang Olivia fit the vision in my head of the characters perfectly.  Check out the Trailer HERE and expect more reviews for this drama in the future.

Depending on the chemistry, this might be the perfect romantic drama to watch in the upcoming months.  Losing ten years of her memory, Li Wei Wei must discover why her engagement to her rival (Wang Kai) ended.

I hope these suggested dramas help you fall in love with Wang Kai since his talent is really something that should be appreciated and shared.  A quick thanks for Wang Kai International for inspiring me to write this post.  They are the best place for keeping up on all things Wang Kai so check them out.