This movie has been out for a while, but both KMUSE and I thought it would be a great summer movie review.  With Kim Nam Gil back on the small screen we thought everyone would enjoy a little refresher in what makes him an actor to follow.  Also noteworthy is that this movie also stars my girl crush, Son Ye Jin and one of my favorite up and coming actors Lee Ye Kyung. 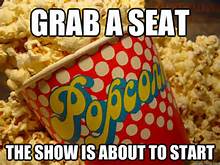 It’s the dawn of the Joseon nation and the Emperor has sent a huge ship to to Joseon with a king’s weight in gold, a new flag with the nation’s new name, and the new seal.  A giant whale breaks the ship and eats the seal, thereby putting the new nation at risk.  In order to recover the seal, a group of Pirates race to find the whale and find the treasure.

KMUSE: GAH!!!!!! KIM NAM GIL IS A PIRATE! I love this movie so much I can barely contain my excitement over reviewing it. I have watched The Pirates at least ten times and every time is as entertaining as the first. It is the movie that just keeps on giving. Giving laughs that is.

Is the plot totally ridiculous? Of course it is. Who really believes that someone can hunt down one whale who swallowed the royal seal?  But that doesn’t matter because Kim Nam Gil and Son Ye Jin are entertaining through every over the top silly second. I could watch them run around, flirt, and fight for hours and hours.

I also appreciate that in no way is this a story where the woman is waiting for the strong and handsome pirate/thief to come and save her. Son Ye Jin is kicking ass and taking names and even makes Kim Nam Gil look like a wuss occasionally. I love this coupling so much and am thrilled that there is a Pirates 2 currently in the works. 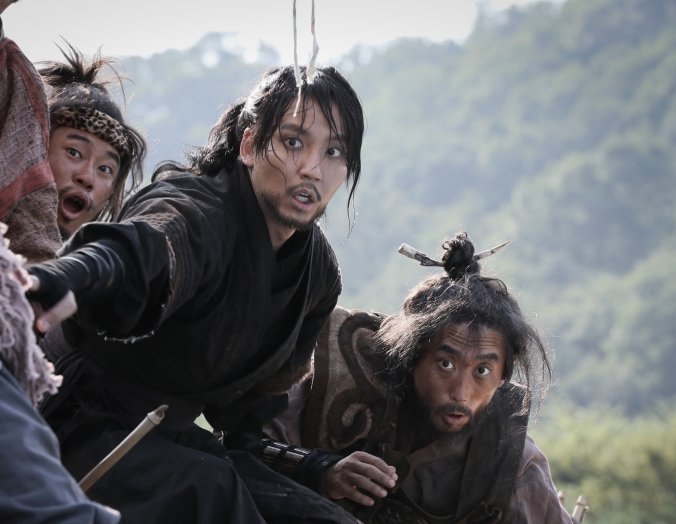 CLKYTTA: There was a lot of CGI going on in this movie, but it was well done.  I loved the swashbuckling scenes as the pirates fought and flew through the air.

KMUSE: I agree. I didn’t mind the CGI at all. I think a lot of it had to do with how this show doesn’t take anything too seriously and the CGI just enhances the crazy over the top hijinks. It doesn’t hurt that Kim Nam Gil’s charm comes through even when being chased through the city by an out of control water wheel. Only Kim Nam Gil could make that work and be entertaining despite the cheese.

CLKYTTA: I loved the mix of characters we have here.  One of my favorites was the bumbling pirate Chul Bong who joins the bandits.  He goes from lowest man on the totem pole to second in command to lowest man on the ship, and I love the comedy of it.  The antagonist characters were well done and the storylines meshed better than I thought they would.

KMUSE: Ha. I love Chul Bong. He is such a bad pirate and thief yet can’t seem to get away from a life of crime. I also enjoyed the bad guys in this drama. Sure they were very one dimensional, but I felt they were added into the plot perfectly to progress the movement and keep the action going.

KMUSE: This is 100% a must watch movie.  It is in my top 5 favorite list and I always watch anytime I need a Kim Nam Gil fix where he doesn’t die tragically.  All you Kim Nam Gil fans out there know that this is something that can be hard to find.

Be sure to check out this movie and tell us what you think.  Also check out our other movie reviews for your next movie night HERE!

6 thoughts on “The Fangirl’s Movie Review: The Pirates”