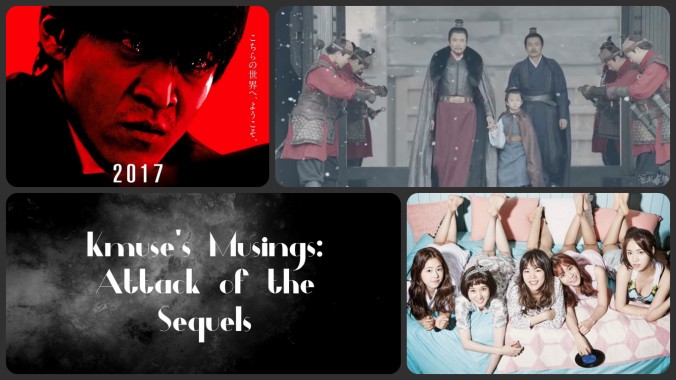 I am so conflicted.  Some of my favorite dramas are coming out with sequels and my interest is conflicted.  On one point, I love that my favorite shows were so good that they deserve a 2nd look.  The problem is that often, sequals are made just to get more money and not necessarily to promote talented storytelling.  So lets take a moment to check out what is coming up and my feelings for each project.

Nirvan in Fire 2: The Wind Blows in Chang Lin

SYNOPSIS: The drama is set approximately 40 years after the events of Nirvana in Fire, and will revolve around Xiao Pingzhang and Xiao Pingjing, both sons of Tingsheng.

To this day Nirvana in Fire remains my all time favorite Chinese drama. It was amazing in its depth and political intricacies. It also had Wang Kai and Hu Ge’s scene-stealing chemistry to make the character’s come to life. Will the sequel have the same quality without the same actors?

Usually, I would see a sequel without the same actors as a negative. But to even that out, the new drama will have the same production, director, and most importantly, screenwriter (he also wrote the novel) as the first drama. Since the story is the most important aspect of a show…. at least for this Fangirl…. my interest has been peaked once again and I will be anticipating Nirvana in Fire 2 when it airs in November 2017. 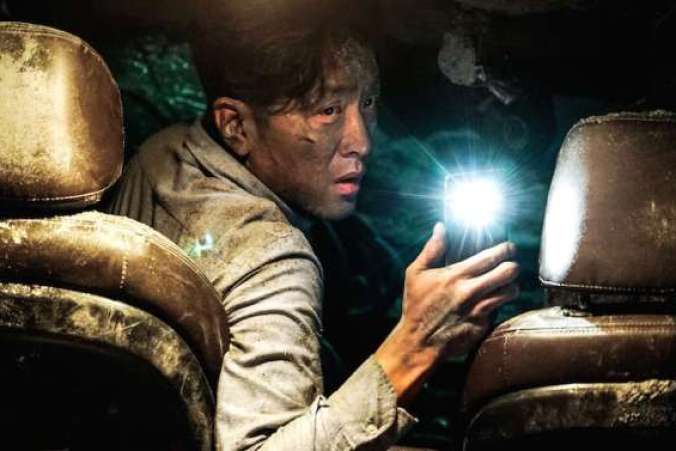 SYNOPSIS: A realistic portrayal of common concerns of people in their twenties, like dating and finding a job

I adored Age of Youth and was thrilled that they were making a sequel. Who wouldn’t want to experience the joy of positive female bonding within a well-done slice of life style of storytelling again? That said, I wanted to see the same characters ongoing story. That might not be what we get. Sadly, Ryu Hwa Young will only be doing a small cameo and Park Hye Soo will not be able to do the drama and has been replaced by a different actress (Ji Woo). Eeek! So many things can go wrong. What if the new actress doesn’t click with the rest of the cast? Will it work without the spunky Yi Na? She was one of my favorite characters and brought a lot of personality to the group of five.

Add in a truck load of new men to the mix and I am concerned that this female-focused slice of life drama is going to turn into a bunch of romantic storylines which lose the spark of the original. This all said, I am going to cross my fingers and hope for the best since Age of Youth was truly an amazing drama and there is still the chance lightning can strike twice. I guess we will just have to wait and see how things work out. 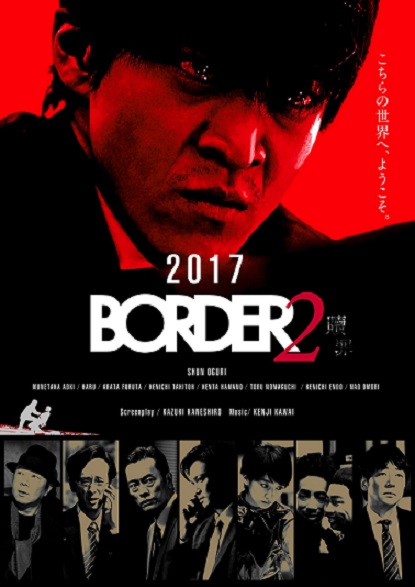 SYNOPSIS: Story of Detective Ango Ishikawa who can see and talk with the dead continues.

SQUEEEE!!! Oguri Shun is coming back with Border 2! I had given up hope that this was ever going to be made so seeing this poster has totally made my day…week….heck, maybe even month!

Border is the story of a cop who could see the dead which he used to get justice for their deaths. But what happens when the ability to get justice conflicts with the laws he has sworn to follow? I won’t give more details since Border is a drama you have to watch to get all the detailed nuances. It also ended in a thrilling cliffhanger and I am so happy that I will get to see what happens next. Border will air in Fall of 2017.

Phew… so many dramas and so little time. For those of you who have not yet watched the original source material, I suggest you get your bottoms onto your couch ASAP and start some serious binge-watching. I gave all three dramas 10/10 on my rating list and highly recommend for any kaddict. Especially if you plan on watching the upcoming sequels.

0 thoughts on “Kmuse’s Musings: Attack of the Sequels”