Ji Wook in denial was cute and entertaining. Ji Wook in love and trying to wait for his affection to be returned was down right adorable. Ji Wook in love and wooing his girl (ahem boots were knocked) was sexy and what unicorns and puppies are made of. Ji Wook devastated and trying to keep himself together even though he’s about to shatter into a million pieces is just PAINFUL. This episode plays out like a how to guide on making your girlfriend think she is horrid in bed.

Step 1: From the moment you wake up after conoodling for the first time have the most pained expression you an conjure on your face every time she comes near

Ji Wook wakes up and is super happy to still have Bong Hee in his arms but it doesn’t take long before the director pours cold water on everyone. Ji Wook sees her dad’s picture and “recognizes” him as the man that started the fire that killed his parents. He has Inspector Bang look into it and it is confirmed that the official reports claims Bong Hee’s dad set the fire and then died in it. (I’m pretty sure the only way Ji Wook got out was because of Bong Hee’s dad.)

Step 2: When your girlfriend tries to give you a kiss (the first one since being intimate) jump back like the thought scares the crap out of you.

To Ji Wook’s credit he really does try to treat her the same as he works through his conflicted feelings. He tells Inspector Bang, and more importantly himself, that what her dad did has nothing to do with Bong Hee. This situation has come up in a lot in dramas and at first I got mad about people thinking they couldn’t work through something like this, but you can’t deny that it would be hard to have kids someday in a situation like that. Yeah, your grandpa on your one side killed your grandpa on your other side. Shh, we don’t talk about it at family gatherings. With this show we know it’s not true so it makes this whole internal battle mute and gets me piping hot at the writer. While I cool down, I’ll join Bong Hee in admiring her beautiful boyfriend.

Step 3: Argue with your girlfriend at every turn about a very touchy subject

Ji Wook needs something to distract himself from all the internal crap so he tells Eun Hyuk he’ll help him with anything he’s working on. Eun Hyuk happens to only be working on the arson case. Bong Hee offers to help too and so now we have two people traumatized by fire working on the case. Speaking from experience with my own father, fire is a weird thing in that I think it would be hard to investigate without getting caught up in your emotions. It’s probably like that for most tragic things.

We already know from last week that the person Eun Hyuk is defending is innocent and Prosecutor Cha knows it and has been told by Evil Daddy Attorney General to brush it under the rug. I will not waste time on my tangent about how prosecutors in dramas are beyond despicable most of the time and only care about image and not justice. Okay, maybe I went off on it a little. Sue me. (Hehe)

Suspecting that the client is innocent puts our currently floundering couple on opposite ends of an argument. Every time Bong Hee implies that the client could be innocent, Ji Wook about bites her head off. She has no idea that they are actually talking about their dads instead of the case before them.

Step 4: Get smashed with your friends.

Okay, this one doesn’t really imply that she’s bad in bed but it just further shows how stressed Ji Wook is and leaves Bong Hee at a loss for understanding why he’s in the depths of despair when he should be on cloud nine after they’ve taken their relationship to the next level.

I also mentioned the drinking to talk about how freaking cute the boys of the office are hanging out and just talking. I love that the chasm between Ji Wook and Eun Hyuk has disappeared. In this episode we find out that nothing actually happened between Eun Hyuk and Prosecutor Cha in the past, but they both knew something could have happened so they never told Ji Wook the truth. I honestly don’t think it would have changed anything about the situation.

With all the signs pointing to Ji Wook (again!) hiding something from her, she inadvertently seeks out advice from Eun Hyuk. He has also noticed Ji Wook’s sudden change in behavior and attributes it to the arson case. He explains to Bong Hee that it’s probably worse for Ji Wook because he was actually there during the fire and was the sole survivor.

Eun Hyuk gets arrest information from Prosecutor Cha before the trial so he’s able to show that the person who reported his client’s fire was actually arrested for a fire later on that was started with almost identical accelerant. Yay for a prosecutor doing something when an innocent man is wrongly accused.

Armed with the knowledge Eun Hyuk gave her, and the continued standoffish behavior from Ji Wook, Bong Hee has an epiphany during the trail. In a shocked state she leaves the courtroom and finishes piecing it all together. She calls her mom, and you can tell she wants to ask her about the fire, but doesn’t.

Bong Hee does what all drama characters do when they decide to break up. She goes out on one last date with her man. Except they are both barely holding it together. She knows he knows. And he gradually realizes that she knows now too. (The makeup on Ji Wook’s lips during this episode was so distracting. I get he’s supposed to look pale and unhealthy from all his feelings, but lay off the white lip balm!)

They last about as long as could be expected before she forcefully disengages his hand and says, “let’s breakup.”

Poor Bong Hee, the girl has what I hope was a fantastic night with her boyfriend, and then gets treated like a leaper from the moment she wakes up the next morning. I don’t feel like Ji Wook was wrong in anything he did, but it sure felt unfair to Bong Hee.

What I kept waiting for was Ji Wook to dig deeper into the case. I actually find it unbelievable that this is the first time he’s looked into it. I think his memory has a lot to do with him not even considering her dad is innocent. Evil Daddy Attorney General did his job well by manipulating little Ji Wook. Our memories are not as concrete as we would hope, and they can trick you. But I feel like if Ji Wook had studied the file and realized who the prosecutor was on the case his gut would have pinged.

I’m keeping my fingers crossed that they won’t drag this out for the rest of the show. I know Hyun Soo is about to wake from his coma so they need to work together to put him behind bars, not mope in their separate abodes (sob, I’ve loved the cohabitation going on this long). 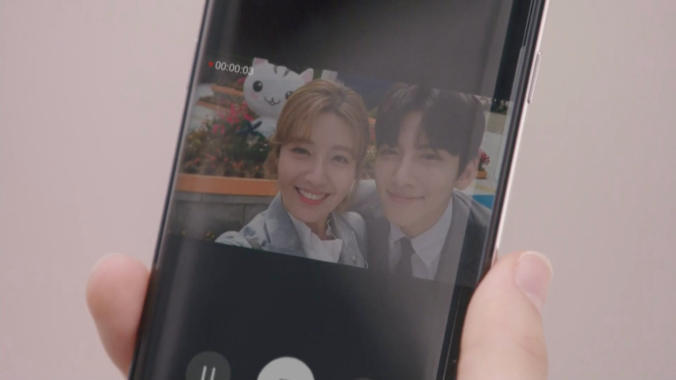 Until the truth comes out,