All right, maknae here. Please take care of me and don’t mock me too ruthlessly for the following confession: Once upon a time, I wrote an academic paper defending Bella Swan from Twilight as a strong character. True story! And I still stand by that paper because I think that the character of the distressed damsel has gotten picked on long enough. 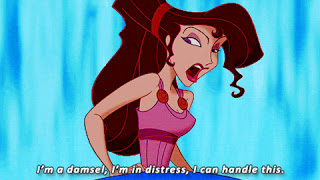 Please note, I said distressed damsel, NOT damsel in distress. There’s a huge difference, one that I’d like to demonstrate using Ha Won and Hye Ji from Cinderella and Four Knights.

(BTW, SPOILERS. SO. MANY. SPOILERS. You have been warned.)

There are several components that go into a romance. For example, there is maternal feminism. You know that need for a man and a woman to overcome the odds and come together, often in marriage, to be a satisfying conclusion to a romance? That’s encapsulated in the maternal feminism movement. Maternal feminism is about equally matched women and men working together to improve their lives and the lives of those around them, creating an ideal relationship. Thus we have timeless stories, like those by Jane Austen, and the satisfaction of seeing characters like Mr. Darcy and Lizzy Bennett overcoming the social and economic odds to not only fall in love, but get married. This lecture is a great window into maternal feminism.

In a damsel story, you usually won’t find a strong, capable woman who has the knowledge, power, and resources to resolve the situation on her own. I love female characters who have everything they need to save themselves–and DO. I like them a lot. But I’m not talking about them because not all women can *be* them. Instead, we usually have one of the two damsels. More about them in a minute.

When dealing with a damsel, you will often find an alphahole (from Ilona Andrews’ brilliant blog post). A damaged hero, the modern alphahole knows he’s not necessarily a good guy. His primary character trait is competence, and he excels in his career. He usually isn’t emotionally attached to many people, but is extraordinarily loyal to those whom he considers family. Much like Lord Byron, the alphahole indulges in angst occasionally.

Our dear Ji Woon from Cinderella and Four Knights exhibits many alphahole tendencies, but he is also a caretaker, driven by those tendencies to protect those he’s loyal to.

NOW we get to the damsels. First the damsel in distress, as defined by me, is a main character who is confronted by a conflict that she *could* take on but that she chooses not to handle, instead waiting for a stronger, more knowledgeable character to swoop in and save her. 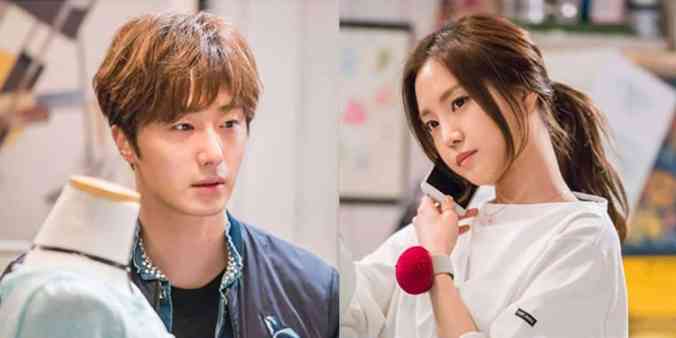 Oh, there you are, Hye Ji. I’ve talked to a few people who were driven absolutely crazy by Hye Ji, and I’m willing to bet this is why. When confronted with conflict, Hye Ji either ignored it (for instance, when she pulled out all the “past due” bills from the mailbox, shrugged, and PUT THEM BACK) or waited for someone to rescue her (Ji Woon, usually).

I was highly disappointed by Hye Ji’s character, because in one of her early scenes, she was intelligently haggling for a piece of material she wanted in a length that she could afford. She took advantage of the situation in front of her and made it happen. That competent Hye Ji disappeared and never came back. Had she remained, Cinderella and Four Knights could have been so much richer. *insert dramatic sigh here*

On the other hand, we have the distressed damsel, again defined by me as a main character who is confronted by a conflict that is *out* of her control, does her best with the power, knowledge, and resources available to her, often to the point of self-sacrifice, and are saved by a stronger, more knowledgeable character.

Ha Won! Oh, I love this child. Virtually penniless because of her stepmother’s selfishness, nevertheless, Ha Won got out there and made things happen for herself. She kept her grades up, took on multiple part-time jobs to save for college, and defended herself ably against the thugs in her life. It was only after she had gotten tangled up with the Chairman and his grandsons that she needed help. Even then, she did what she could on her own before allowing them to help her.

(Seo Woo was an adorable puppy and often helped Ha Won out, but as he was the second lead, he’s not a part of this discussion. Which is too bad, because I love his character SO MUCH.)

A lot of so-called “damsels in distress” actually fall into the distressed damsel category. They are characters who are thrown into situations where they lack knowledge, power, or resources. However, when faced with the inevitable terrible choices forced on them by the antagonists, they do the best they can, even if it means a sacrifice of self or of something they love. They are often saved by a protector, usually an alphahole who has found a new side to himself after encountering the distressed damsel and seeing the world and his situation through new eyes.

So my plea to you, dear reader, is this: Before you dismiss a female character as weak, take a look at her circumstances. Does she have the knowledge, the power, and the resources to improve her situation? And is she taking steps to do so? If not, she’s a damsel in distress and really deserves whatever happens to her. But if SO, give her a little credit and see what happens when she does acquire those things. I’ll bet you that she will wrestle the circumstances until they suit her, and you’ll be cheering her on. I will be, for sure.