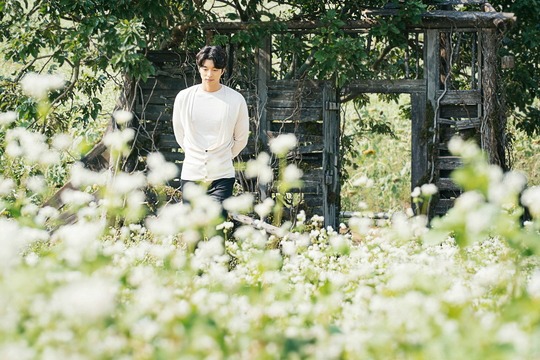 I have a guilty secret. I was not a fan of the summer juggernaut Descendants of the Sun.  Which makes me just a tad less excited for the writer’s upcoming drama Goblin despite its stellar cast.  That said, these 1st stills of Gong Yoo have convinced me to at least give the drama a shot.  I have to say that he is outshining the flowers in these photos.  The man has only gotten better with age.

Dokkaebi (Gong Yoo) needs a human bride to end his immortal life. Meanwhile, the Angel of Death has amnesia. Somehow these two meet and live together. They see off those who have passed away and are now leaving this world.

I also appreciate the use of a fantasy theme since I have enjoyed immortal/reaper stories in the past.  Maybe this will be the drama that will wipe my disappointment of DotS from my mind.  Goblin airs on December 2nd on TvN.