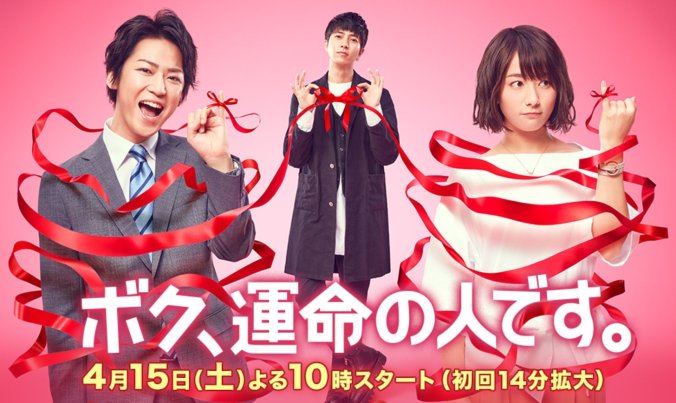 Hey there, Drama Geek here. Over here at DWASOK we all watch a variety of dramas from different countries. I usually try to keep at least one JDorama in my selection. I am happy that I’ve found one I want to recap. So please join me for my first solo recap. Guys, I’m totally and completely into this drama for shallow reasons. God is played by Tomohisa Yamashita (From Five to Nine). Yes, in this version of heaven, God looks like this…

If one day this guy showed up on your doorstep and told you that if you didn’t marry a certain person the world would end, would you believe him? I think I might have to take my time and get to know God before making a decision.

This is what happens to slightly awkward but totally adorable Makoto Masaki (Kamenashi Kazuya). 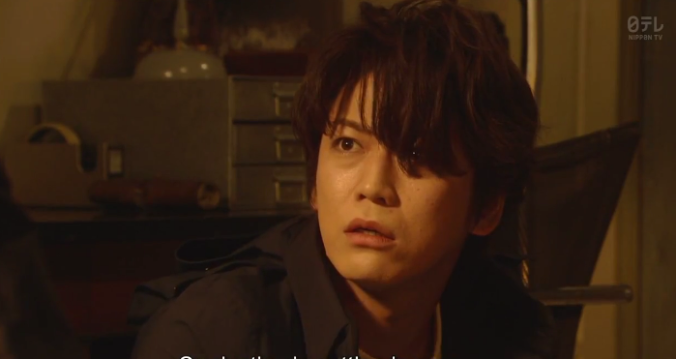 He comes home one day to find a mysterious man in his apartment. The man claims to be God and tells him that his fated match Haruko Kogetsu (Kimura Fumino) is working right next to him. And if he doesn’t marry her and have a baby within a year the world will end in an apocalyptic ball of fire. No pressure at all.

It takes some convincing, but Makoto starts to believe God after being shown that they’ve met several times throughout their life already: as kids while building a sand castle, in college when Haruko lent him a pencil (which he weirdly still has), and at a prayer shrine where she hit him in the back of the head with her coin.

This starts some of the worst and most hilarious conversations. When Makoto finally comes face to face with Haruko he decides subtle is for wimps and launches into how they are destined for each other. And that if they don’t get married and have a baby the world will end. 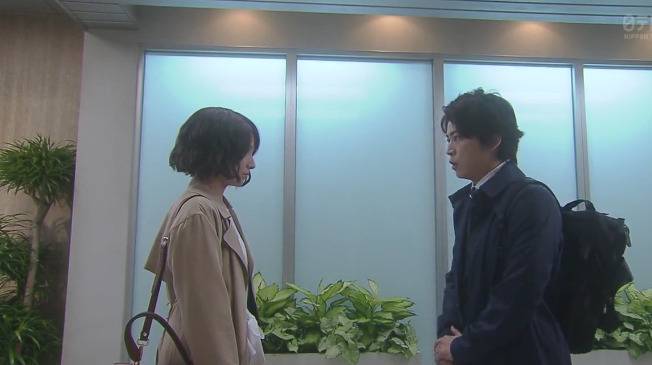 You can imagine Haruko’s response. I remember when I was younger a friend of mine had a guy walk up to her and said God told me we were meant to be together and we should get married. Yeah, it went about as well as this convo. Next time maybe just introduce yourself and wait to spring the baby thing until after the first date.

She ends up calling security on him, and running the other direction. Let’s take a moment to get to know Haruko. She works for a marketing firm, and seems to do pretty well for herself. Expect she’s your typical Jdorama female lead and she’s on the cusp of being a spinster. Yup, she’s about to turn the dreaded thirty and everyone around her keeps talking about her bad luck with men. It’s funny to note that God tells Makoto that both of them have had no luck in love because they were meant to be together. That almost seems cruel. Especially if they never end up together.

So now Makoto is a weird stalker who works next to her and no closer to getting her to go out with him. One of my favorite parts of this drama his Makoto’s relationship with God. He gets totally annoyed that God keeps popping into his house and scaring him so he tells him to ring the bell. Then when God starts ringing the bell he gets annoyed with him having to get the door all the time. I could watch these two just cohabitate and bicker all day. 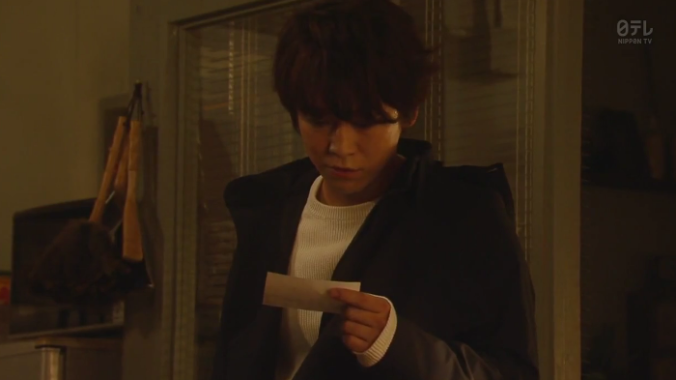 As fate would have it they both end up going to the same village for work. They run into each other at the train station, and Haruko thinks he’s following her. You can’t blame the girl. He’s been nothing but weird so far. But he does manage to rattle off all the times they’ve met each other. Even showing her the picture of them when they’re kids and built the sandcastle together.  She still thinks he’s a total weirdo and leaves him at the station. When she’s alone though she goes through her picture albums and finds one of the two of them at the beach. Even if I knew someone had run into me a hundred times, if they told me we had to get married and have a baby to save the world, I’d still stay far away from them.

God is a pretty good matchmaker though because he pushes Makoto to go to a symphony. The music jogs a memory of Makoto pitching for a baseball game during high school. (Yes, we’re supposed to believe that pitcher is a high school student. LOL) His last pitch allowed the batter to get a home run which lead to the other team winning the game. He’s pretty broken up about it, but a cheerleader runs over to him and tells him he did a good job. When he looks up, he catches a bit of her face and it’s Haruko.

The memory ends and so does the music. Makoto jumps to his feet to applaud. And there in the same row but several seats down is Haruko. They’re the only two giving a standing ovation. 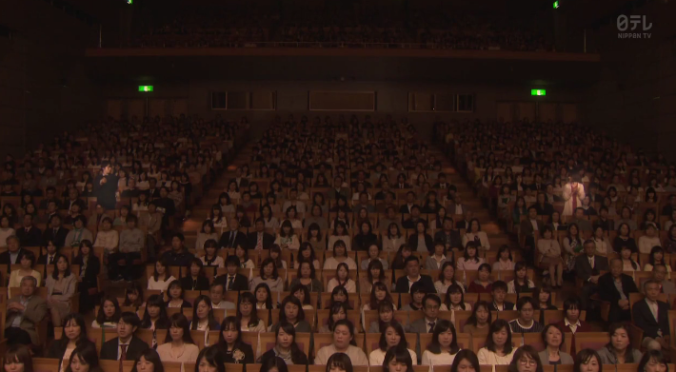 But things going to get any easier for our poor guy. God lets Makoto know that there will soon be someone else that he has to compete with the win his destiny’s heart. Looks like the baseball player who got that homerun off of Makoto is going to start working in a building right across from the one Haruko works in. And he seems to have a past with Haruko.

Guys, I’m in this for the bromance so far. But I do like the setup too. One thing I love about Japanese dramas is they allow their male characters to be normal. And even let them be a little pathetic sometimes. This guy has zero game. He’s had no luck in love (thanks to fate wanting him to marry one girl in particular). I can’t wait to see how God helps him overcome that first meeting. I don’t know if these two have chemistry or not, but as with any Jdrama, this will be a short ride. And I’m willing to sit back and just watch it all unfold.

Until the next fated encounter,