When it comes to K-entertainment, I really am such a newbie. I’ve only been watching since January of this year, so I’ve had to learn a lot of things about a completely new culture very quickly, because I hate missing out on the jokes.

Okay, it’s also because I want to understand the culture, but I really, really hate missing jokes.

Anyway, actors leaving for the mandatory military service came up pretty quickly, and as I investigated, I learned that every healthy Korean male must put in two years before they turn 35. According to this DramaFever article, most go before they turn 29. I nodded and went along with this, because for me, this is a way of life.

Lemme ‘splain. In my religion, healthy young men are expected to take two years out of their lives before they turn 25 to serve a mission. If you want to know more, go ahead and click the link. My point is that all my life I’ve watched young men leave their families and friends behind for two years and go somewhere else to do things for other people, instead of focusing on themselves. And while there are exceptions, for the most part these young men come back more mature, more focused, with a broader understanding of human nature and an expanded worldview. In other words, mission service is a good thing.

I can see where mandatory military service can do the same thing for Korean men. I’ve heard about the . . . enhanced physical condition that actors often return in, and in some cases, the availability of lead roles for the returning actors as others leave for their service. I’m sure that they too leave as boys and come back as men.

On the kpop side, though, I understand that military service is a career-killer. I have ambivalent feelings about this as well, since from what I understand, being a kpop idol is intense and leaves zero time for anything else. The momma-bear in me wants these cute boys to have a shot at regular life at *some* point, preferably before they’re too old to enjoy it! 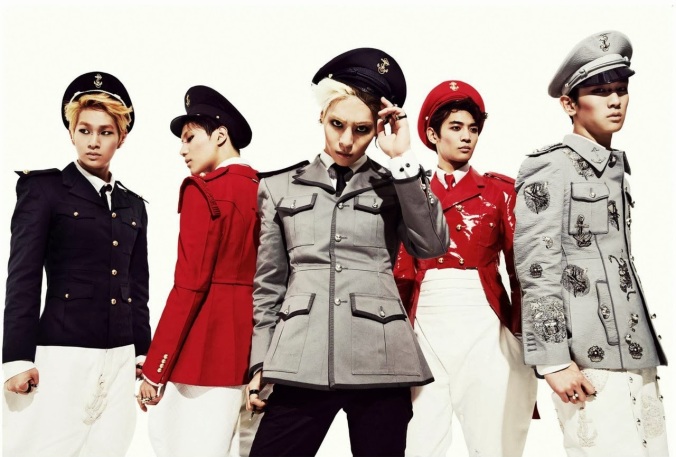 My drama-watching partner has introduced me to all things SHINee, and stepping back, I can see how they’re preparing for post-military life. MinHo and Onew have acting careers, Key has branched out into both acting and fashion, Jonghyun has his DJ work and solo albums, and Taemin is developing a solid solo career that he can pursue while his hyungs are serving. That’ll give him time to launch into something else that will survive post-military while they’re gone.

So, to my maknae mind, military service isn’t a bad thing. It brings change, which is always hard, but change often leads to growth, and growth is always a good thing. I applaud these men for doing what they need to do, and I’ll be happily waiting to see what they do when they return. I expect good things.