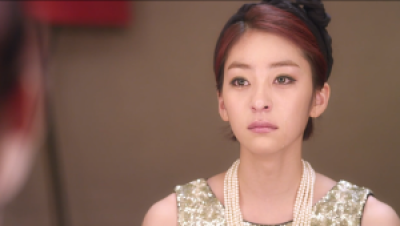 It’s the end!  It arrived way too soon and although I wish it could go on for longer, at least, we get a solid web drama.  In episode 5 we take a turn on the artistic concept train, but are left happy and content (I was expecting a lot sadder ending so I will take what I can get) and back to praying for the kdrama gods to get Seo In Guk back into a drama ASAP.

We are back in the past.  Ha Na is sitting at a large desk with her ex-boyfriend who is yelling at her that she is a good singer but needs to be sexier.  He then orders his underling to have the stylist show off more of her boobs.  Ha Na continues to look a little confused/angry and just gets up and walks out, saying nothing. 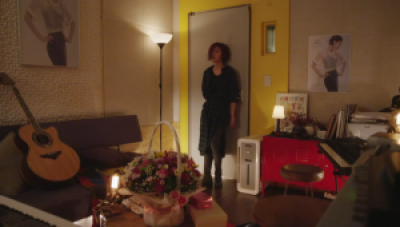 We see the opening scene again of her beautifully made-up face staring into the mirror, behind her someone starts pounding on the door and her past self + gun yells at her, “why did you do that?” 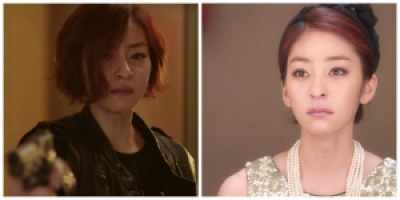 OK, I will be totally honest with you all, I have no freaking clue what this next segment means.  We hear the haunting tango music and get a montage of her floating through sheer window curtains, bathing in an antique tub, playing with robots, and walking in her old clothes in an empty hallway only a silhouette against the bright lights.  Added in the middle was a flashback of her kiss with Hul.  Does she remember? Es she shooting an MV (because let’s admit that Korean MV’s can sometimes not make any sense whatsoever.)?  Is she having a bad acid trip?  Who knows.  However next we see Ha Na walking down the street looking really fancy and put together, above the news screen flashes that the singer Seo Ha Na was missing and did not turn up for her debut performance.  YAY looks like she did change her destiny and avoided the life of lies that awaited her! 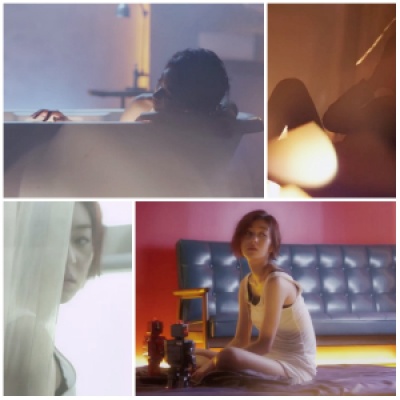 She walks along a very familiar bridge (but, at least, she looks less suicidal this time) and walking towards her we see a familiar sexy alien. WHAT???  How far back in time did she go?  Does she remember him?  Wow, he looks so sexy in his priest bad boy outfit.  But instead, of him meeting her we see Ha Na come across the suicidal Ha Na and yell out for her to stop.  UMMMMMMMM.  I am confused again.  The deja vu Ha Na tells the suicidal Ha Na to stay for one more day.  They smile at each other and a bus passes in front of the screen and we are left with one Ha Na (the non-suicidal one).  OK just taking a guess that there was not actually two versions of her, just this signified the emotional journey and finding herself.  THE END 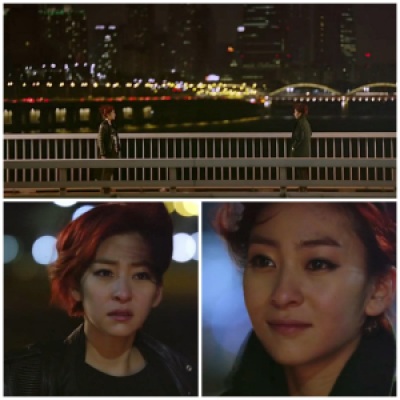 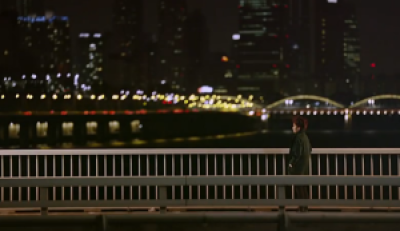 But it is not completely over (THANK GOODNESS).  We have an epilogue in the MV (the reason the whole web series was developed for) with our happily ever after.

The opening scene is Ha Na singing in a club, just her and her guitar, looking very happy.  She begins the song and a familiar person is in the audience (looking totally yummy).  I am just making the assumption that this is not Hul, but his body that he was in.  She sings (by the way I love love love this song) and we see scenes from the show flash across the screen.  It ends with her walking out into the crowd and kissing Hul (who looks really surprised but not necessarily unhappy about what is happening). 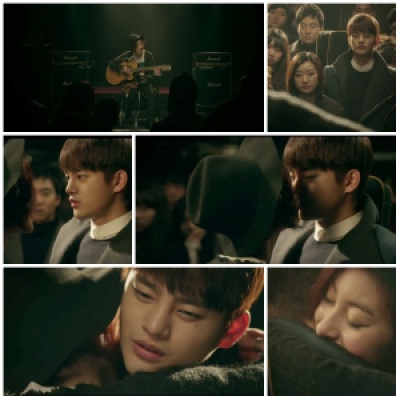 Awwwww  I like that in our own way we got a happy ending.   Usually, I would hate that they did the whole, the guy looks like Hul so they are swappable as the OTP, but for some reason, it works in this show.  It gives me my happy ending and I leave the drama with tons of happy warm fuzzies.  So what if I totally have to take giant leaps of logic to accept everything.  Not to mention some of episode five was seriously too much artsy interpretative film for my liking.  In the end, I left with a very cute OTP that I enjoyed and also a new song to add to my playlist, and most importantly, a whole lot of pretty Seo In Guk scenes etched into my memory.  It was a win-win for us all.

My thoughts after I had slept on it:

So I contemplated this drama as I went to bed last night and this is what I decided the final episode means.  The duel Ha Na’s including the acid trip artistic scene really means that she was having an internal debate over what she was going to do with her life.  Was she going to change her direction completely or continue down the path that gave her fame while still probably avoiding certain pitfalls such as scuzzy ex-boyfriend?  I think she did remember Hul the whole time and when she did not change immediately and continued down the path of fame, old Ha Na (in her head) came at her yelling at her “what are you doing” deja vu Ha Na changed her mind and gave it all up to forge a new path.  And when she went on the bridge she came to terms with her old life and her new life and official decided to embrace a different path and “live another day”.  Later she saw Hul’s human vessel at one of her performances (where she kept to her indie music roots) and went and kissed him.  I don’t think he is Hul but the human who he inhabited but that they will end together giving us that happy ending. 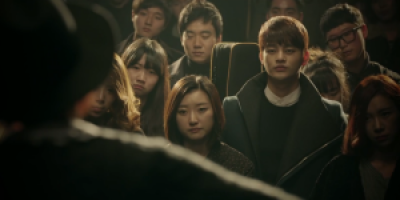