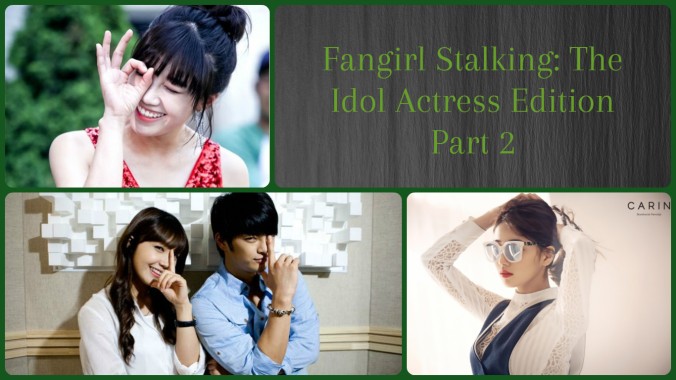 Drama Geek and I are back with more Idol Actress stalking.  This time we take a look at the filmography of Jung Eun Ji & Suzy.  Find out what dramas are must watch favorites and which can be cast back into the kdrama vault.

This girl has the voice of an angel and brings a special sweetness to all the roles I’ve seen her in. She is toward the top of my idol actress list. Love seeing her light up the screen. 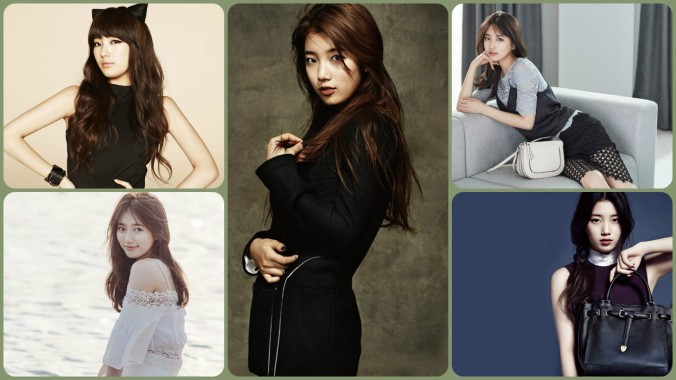 I have mixed feelings for Suzy and her acting style.  So while Suzy might not be an actor where I am excited to share everything she does, it does work well with this type of post.  Some of her dramas should just be skipped but there are a few gems here and there.

We will start with the dramas I think are must watch works by the actor.  Followed by the shows that could go either way.  This means that they are worth watching in my opinion, but I know there are some people who don’t like the genre.  Lastly, we will cover the dramas/movies that you really could skip and not miss much (at least in regards of the actor/actress featured).  These are the shows that are for die-hard fans who want to watch everything.  So let’s jump into obsessing about Eun Ji & Suzy

If I had to suggest one drama of Suzy’s, this would be it.  She really shined as the plucky heroine who falls in love with a demon boy.  Do I buy that she looks at all like a male?  Heck no, but her chemistry with Lee Seung Gi won me over.

This was a good as the 1st drama  for a green idol actress.  And Suzy was very very green at this point.  Having a veteran actor like Kim Soo Hyun co-lead and making the focus of the story be her musical talents helped cover any limitations in the acting department. 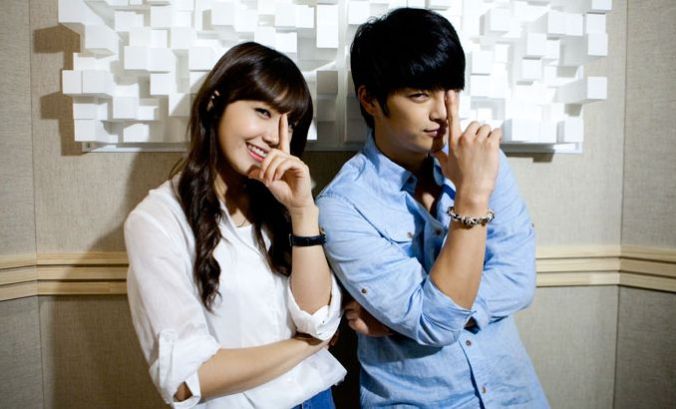 This series in one of my favorite, but it was Eun Ji’s portrayal of a crazed k-pop fan that first made me fall in love with these kids. She is over the top, loud, not exactly nice to our cute puppy Yoon Yoon Jae. But she WAS that teenager. The one you don’t always want to admit you were. And her relationship with her dad about broke me. I loved them together. This was Eun Ji’s first role, and she had a very natural feel about her acting. Though this director is the master of pulling out amazing performances from newbies.

I heart this show and the scrappy character Eun Ji played. Her chemistry with both the lead guys was fantastic. So much so, I kind of wished she could just date one then the other. Hey, it’s high school. That’s real life. The other thing that her character, and this actress excels at, is making big groups mesh together and feel like family. I think she just has a natural chemistry with people that lends to that.

I enjoy Suzy in dramas that are either straight up comedy or a mix of humor and comedy.  20 episodes of straight crying and angst were a bit too much for her limited acting talents.  She isn’t horrible, but this drama definitely showed her weaknesses. This drama had every kind of cliche in the book, and then some. And the second half just spiraled into blah. But! You have to at least watch this one for Eun Ji’s trot singing. Seriously, this girl has the most beautiful voice and the arrangements they created for her were so lovely. You could also watch this one if you ever need to see Shin Sung Rok as a doofy second lead. He was totally adorkable and I almost forgot that he might kill her if she mentioned her health wasn’t that good.

Maybe the fact that I hated this drama’s ending with an all consuming passion is influencing my feelings for her performance.  But crazy stalker Suzy was NOT a character I particularly enjoyed.  I suggest that everyone ignore this drama because bad writing and “meh” acting should not be rewarded.

*Note that Drama Geek has not seen That Winter the Wind Blows so that is why it’s not on the list.