Forest of Secrets has to be my most anticipated drama this spring.  Not because of its unique story line since so far it looks to be a pretty standard list of tropes that we have seen before.  The reason I am so excited is the dream casting of  Bae Doo Na (sense8) & Jo Seung Woo (Gods Gift – 14 Days).  This is the equivalent of getting two multi Oscar winning long time actors and putting them together in one intense movie… or drama as the case might be.  These are the heavyweight of actors without a newbie idol in sight and I could not be happier.

Synopsis: Hwang Shi Mok had brain surgery when he was a child, which caused him to lack emotion. Now, Hwang Shi Mok works as a prosecutor. He is rational, but cold and lonely. He is also one of the only prosecutors not involved in corruption. One day, a dead body is thrown in front of him. He meets Police Lieutenant Han Yeo Jin at a murder crime scene. They work together to eradicate corruption at the prosecutor’s office and solve a serial murder case.

In my opinion, Bae Doo Na & Jo Seung Woo need strong counterparts to make their stories click.  Not because, they lack any quality themselves, but due to the fact that they are so good that weaker actors come across as lacking when stacked up against such talent.  So in other words, these two together are the one two punch of acting. It is just a bonus that the supporting cast is equally talented!  Lee Joon Hyuk (Naked Fireman) and  Yoo Jae Myung (Jealousy Incarnate) help round out the cast. 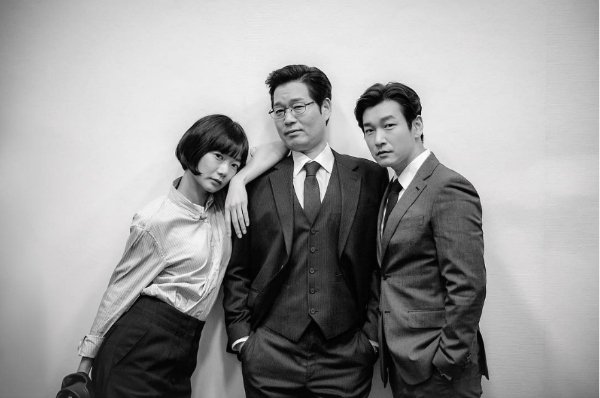 That said, no matter the talent of the stars, it is the story that makes or breaks a drama.  Enter screenwriter & director Lee Soo Youn.  His past works have all been on movies that he has both directed and written.  Movies that I have yet to watch so I have no basis in which to comment about his talent.  I just pray that TvN knew what they were doing and found a drama that is worthy of Bae Doo Na & Jo Seung Woo’s talents.

Forest of Secrets will air in early June on TvN.