We are finally at the end!  Will there be a ton of positive comments to make about the final three episodes?  Or will this be the proverbial chirping crickets post from our positive recap series?  Come join us and find out. KMUSE: YAY! Cheng Cheng is alive……kinda. It seems that when Cheng Cheng lost all his memories of his mortal life he also lost his personality. Not to mention his spectacular guyliner. But at least he is alive… so YAY…..right?

Drama Geek: Apparently his personality was all in the eyeliner. He becomes a pretty huge jerk. But… positivity dictates that I say, um, well at least Tan Er stopped crying? 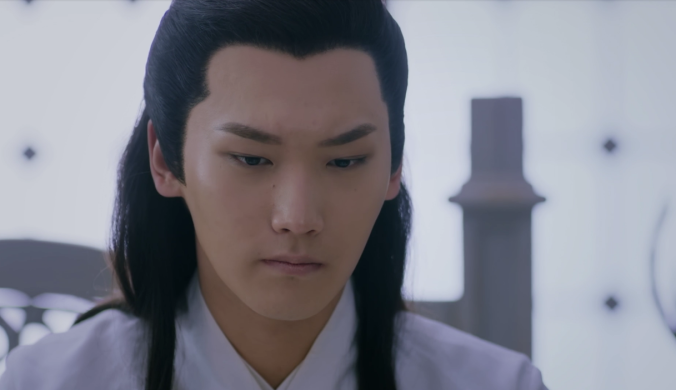 KMUSE: Unable to remember Tan Er, Cheng Cheng reverts to a more stand offish and cold persona.  This new version is a much more formal character but Tan Er loves him regardless and changes to suit his new personality.

Drama Geek: My favorite part is when he bosses her around and tells her to go stand outside and look at a wall. Being the Tan Er that we know, she just chit-chats with the guard and eventually convinces him to let her sit down.

My heart knows the truth 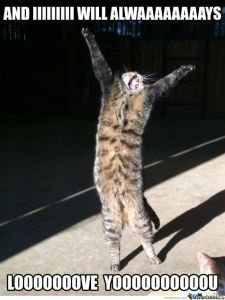 KMUSE: But true love can not be denied.  While he has no memories of his life with Tan Er, his heart hurts whenever she seems sad.  A fact that begins to distract Boring Cheng Cheng and cause him to seek out a way to fix his lost memories.

KMUSE: It turns out that there is a medicine one can take to regain lost memories. Unfortunately, the side effect is most likely lethal to Cheng Cheng who is already in poor health. But when does logic work in this drama? Despite the consequences, Cheng Cheng downs the pill and regains all his memories of his epic love.

Drama Geek: Blood. So much spitting of the blood. I think Cheng Cheng had blood on his lips about 75% of the last three episodes. It made it impossible for any kissing. At least he remembers all the funny and sweet moments and we get to relive the good old days. (Could we please just go back to that Cheng Cheng and Tan Er?)

Cahooting to drug the one they love

KMUSE: Realizing that Cheng Cheng is dying.  Sexy Grandfather and Tan Er plot to drug Cheng Cheng with a sleeping drought.  At that time, Tan Er will go talk to Old Weirdo who says he has a way to save her husband.  I laughed watching these two drug him via sleeping pill coated veggies. I wish we had more scenes with these two ganging up to cause mischief.

Drama Geek: Two opportunities lost. These two teaming up and Sexy Grandfather & Old Weirdo. They were funny together. I honestly wish the 1st Prince never existed and it was always Sexy Grandfather.

A romantic trip to the demon zone

KMUSE: The only way to save Cheng Cheng and fix his Qi zones is in a magical pool inside the area where the Demon King is kept.  Which of course means that our lovers must travel inside the Demon Zone and defeat the bad guy.  While Cheng Cheng meditates and fixes his inner Qi, Tan Er fights the bad guy.  First by using confusing modern terms and later with her magical flute.

Drama Geek: Here is where the show allowed the real Tan Er to pop back up. First when she finds out that in her past life she sealed the Demon King away, she spouts a bunch of movies from the modern times and then declares she the “The One” like in the Matrix. I died laughing. She also uses her modern prowess to confuse (a not very bright Demon King) into walking in circles and chanting, “I’m a bitch.” Too bad that Cheng Cheng is just off meditating again. This boy didn’t get any good lines or scenes in these last few episodes.

Defeating evil by being a flute enthusiast

KMUSE: A lot of back and forth happens between Cheng Cheng, the Qu Elders, Tan Er, and the Demon King. But in the end, it is Tan Er and her inner orb defeating the bad guy with her fluting skills. Finally, the pointless bad guy is dead. WOOT!

Drama Geek: Death by pillar, death by magical hand slap, and death by flute. This show sure is creative with its weapons. More BLOOD spitting. Come on! How is a boy supposed to kiss his beloved if they both have blood all over their lips all the time?

Together in modern times 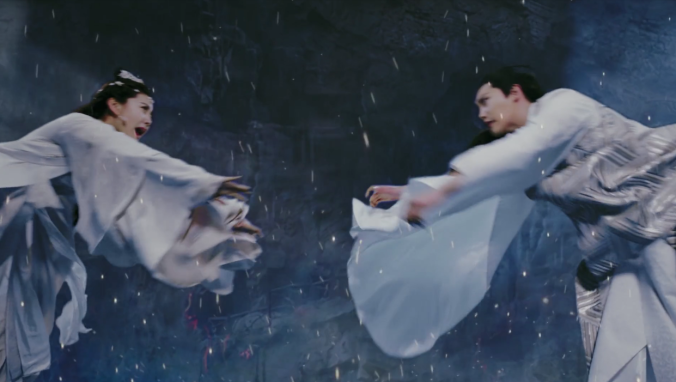 KMUSE: Just when you think our OTP is out of the woods… some kind of mystical force starts tearing them apart and Tan Er finds herself back in the alley in our modern world. But never fear, right after she pops back into her own time, we see a bright light and a modernly styled Cheng Cheng comes running towards her. Turns out that he followed her so they could stay together forever. I am going to ignore the stupid dandelion graphics since that was just dumb. But Yay for true love.

Drama Geek: Um… is that a wig on Cheng Cheng? I thought he’d just use his normal hair but that thing looks weird up there. I did get super excited when they went to the modern world. I kind of wish that’s where they’d gone instead of the magical realm. Just like the narrator said, how will Cheng Cheng survive in this crazy new world? Hey, inquiring minds want to know. (As long as he gets to have his own hair.)

KMUSE: On a whole, I am satisfied with the ending minus the stupid dandelion graphics and the total absence of their son. But all things considered, it could have ended much worse. I am going to save my real thoughts for our Final Recap that we are putting together. This is where we will tell what we really felt about the drama. It will not be only positive and might possess some snarky feels.

Drama Geek: Ha! I’m pretty sure the last few recaps have included some of my snark already.

Dramass With A Side of Kimchi