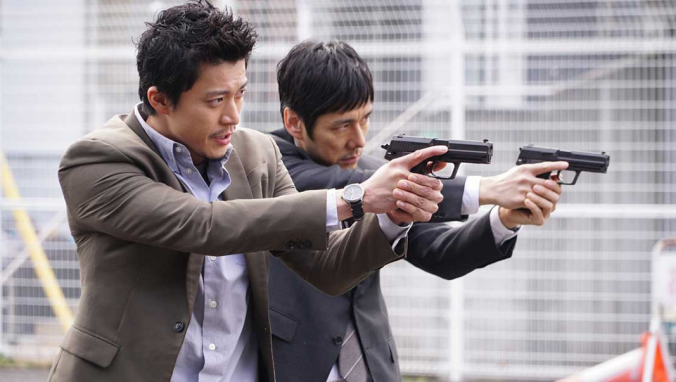 At least once a year this inevitably happens. I start watching a Korean crime drama and get so pissed off at police stupidity that I start searching elsewhere for my crime trope fix. Sure enough, I started Criminal Minds and within an hour I was yelling, “Nope, nope, nope.” and searching for something else. Just so happens that my all time Japanese bias had released a crime drama earlier in the year and it was completely subbed! It is amazing the things you miss when you actually have real life interfering with drama addiction. But in this case, it is a great surprise since I can now binge the heck out of Oguri Shun’s newest show Crisis. And that, of course, means writing a blog post to try and encourage all of my amazing readers to give it a try with me. Drama enabling is alive and well here at DWASOK.

Synopsis: The Special Investigation Unit is a secret force of specialists in various fields. The unit is under the direct control of the head of the Tokyo Metropolitan Police Department’s Security Bureau. Its members include investigator Inami Akira, who sustained serious trauma in a special mission during the time he was in the Self-Defence Forces; and Tamura Saburo, who was ordered to transfer from the Public Security Department’s Foreign Affairs Division in the wake of some incident and was later picked out by the Special Investigation Unit. These men will find themselves confronting irregular cases that will shake up the country.

Unlike some dramas *cough, cough, Criminal Minds* where the lesser team members feel like extras that are only added for eye candy, Crisis provides us with a group of professionals that actually utilize their skills from the get-go. They are all part of a well-oiled machine whose job is to take down crime. Sure, my focus might be on Oguri Shun & Nishijima Hidetoshi since they are simply delicious. But I appreciate all five members working together even when they might be blown up at any given moment. 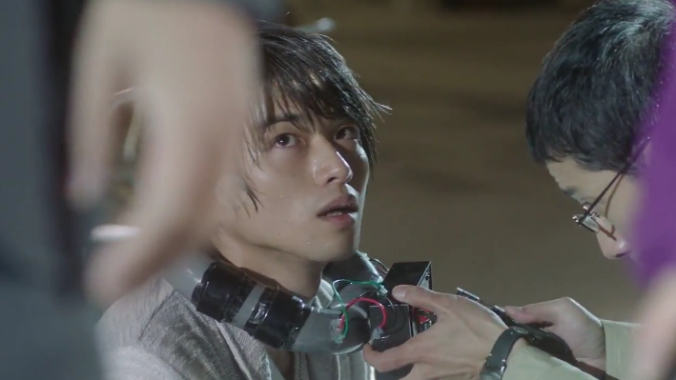 I will openly admit that I am sick and tired of the same type of mysteries being used in every drama. If a student commits suicide it is because someone was bullying them. Or they had horrible parents that put extreme pressure for good grades. It has been done to death (pun intended) and I am happy anytime we jump into new territory. So a terrorist group of disillusioned youth forcing corrupt officials to admit to their crimes through acts of murder is more up my aisle. So far, in the five episodes I have watched, I have not been disappointed once. Let’s cross our fingers that the clever crimes continue to the end.

#2 Cop bromances are alive and well.

Tamura Saburo & Inami Akira are both characters that have seen the darker side of the government/life and choose to keep fighting the good fight.  I really enjoy their slightly dark banter and their support of each other as they solve crimes that are too dangerous for others to attempt.  Their characters bring this drama to life and I can’t wait to see what happens in the last half of the show. 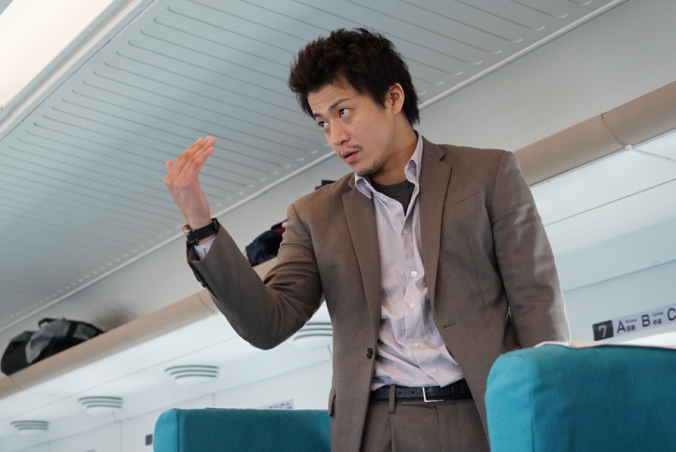 OK. I will admit that the reason I really chose to watch this drama is Oguri Shun. I don’t know how he does it, but he makes breaking a perp’s arm look so sexy. I know, I have serious bias issues. However, I will happily support his acting career with fervor. Especially when he continues to produce such wonderful dramas time after time.

In conclusion, you should check out Crisis because it combines great acting, intense action, and a solid plot all in one awesome drama experience. It also has Oguri Shun beating up the bad guys and looking incredibly sexy while doing so, which makes this a total win-win in my book.