We are in transition mode yet again, and while this episode was not as intense as those in the past, there were still plenty of moments that had me entertained.  So join me in discovering why you can never really be done with the past …….. No matter how much you try to chuck it out with the garbage.

You know that part at the end of A Christmas Carol where suddenly the narrator goes “and here come Tiny Tim who is NOT dead” and you get that warm happy glow because all is right in the world?  So Signal totally pulled a Tiny Tim moment with the quick revival of the present day Soo Hyun.  YAY!  All is right in the world.  Both worlds (at least for a few minutes til fate/time messes with our characters again.)  The icing on the proverbial cake was the awkwardness of Hae Yeong going to her house and being all cute and emotional.  All while Soo Hyun is sick and surrounded by her pink trappings.  This blogger is just smiling from joy. 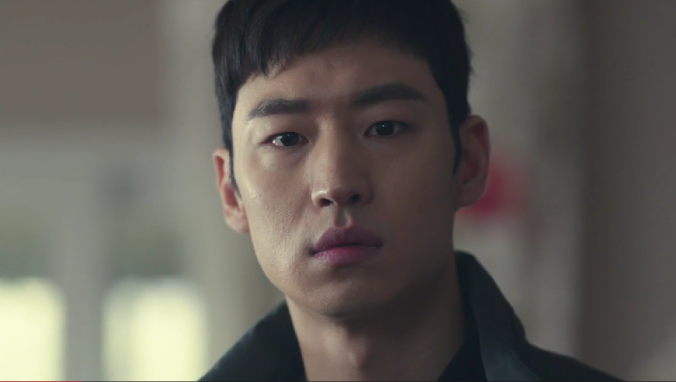 On a more sad front, Ex-thief is released and promptly goes out and murders the father he blamed for his daughter’s death.  I guess you can change time but you can’t change the hate within people’s hearts.  Also, the guilty rich kid received six  months in jail and two years probation since he was a first time offender………..and rich.

However, Jae Han is not one to let things go.  It is already well documented that he likes to go off half cocked and bumble into new, and old, corruption.  This time, he doesn’t have to bumble far as it is documented that rich kid stole some evidence of corruption (regarding new development projects) while stealing from his friend’s homes.  All of this is being covered up and hidden and Jae Han’s boss is being reassigned for having done the right thing in regards to arresting the rich kid.  Sometimes I just hate the Korean justice system.

We also see Chief Bum Joo arrive (i.e. the crooked higher up that probably kills Jae Han in the future) to take over the department.  Jae Han and he get into it right away trading pointed barbs, practically snarling at each other.  I loved how Jae Han told him not to worry since he would be getting in much more trouble than Bum Joo could ever expect.  I just love him.

With his ex-chief’s words fresh in his mind, Jae Han goes searching for what is still missing from the items stolen.  Whatever it is, supposedly has information that can bring down the corruption ring.  I have to raise my eyebrows at the ease of information that is shifted around on this subject.  It kind of seems like an odd knowledge to be had, not to mention it is so conveniently told to the one person who would go all bloodhound on the  rumor.  I am not saying that this is a setup, just a sloppy transition into our next mystery.

Jae Han does what Jae Han usually does and goes on the offensive, blindsiding the Congressman (who is at the center of the corruption) of letting Rich Kid off because of the missing blue diamond necklace.  I loved this moment because not only is Jae Han being awesomely impetuous, but the congressman throws off some major evil vibes.  I really thought he was going to deck Jae Han, not just threateningly fix the cop’s jacket.

Switch back to present where Hae Young hovers near Soo Hyun, telling her to take care of herself better.  I love the look she gives him, to which Hae Young promptly says, “since you are so old and need to get married”.  Hahahaha.  But it does make him ponder out loud, hypothetically, of course, you shouldn’t mess with time because then it just destroys innocent people.  Might as well wear a neon sign that says ” I have a magic time traveling walkie talkie and can change the past” around his neck.  At what point is Soo Hyun going to question all his random hypothetical time change ramblings? But this time, Hae Young is serious, and when Jae Han tries to get him to confirm some information about the missing diamond necklace, Hae Young says he is out. For realsies this time.

Hae Young even shreds all the Jae Han info including his corruption case.  He even throws away the walkie talkie along with all the shredded documents and takes it out to the curb for trash day.  Holy Crap he’s serious.  I can’t be the only one that shouted “Nooooooo” out loud as poor Jae Han’s info was shredded.  It seriously hit me hard. 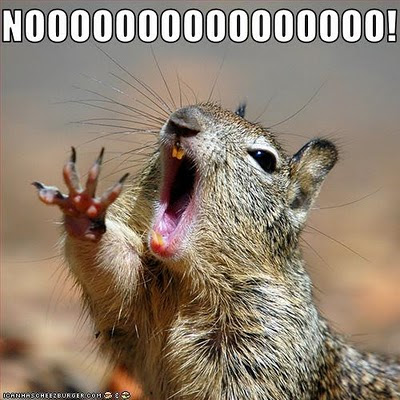 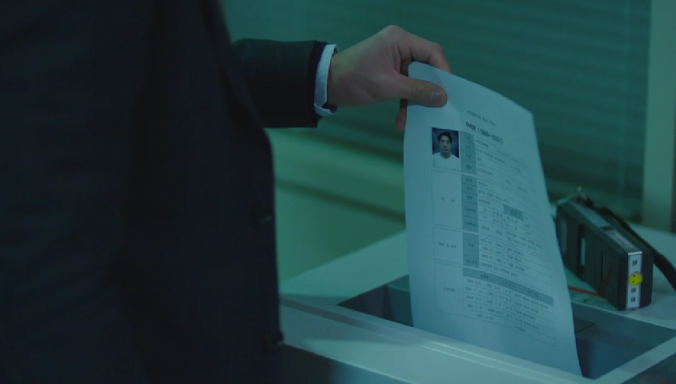 But magical walkie talkies refuse to remain hidden and sure enough, just as our hero throws it out, his sketchy boss (who is following him) grabs it up.  He looks at the walkie talkie and seems to focus on the smiley sticker attached to the bottom.

We shift again to the past where a very green Soo Hyun is trying to learn how to drive a stick shift and giving her teacher (Jae Han) ulcers.  It is always a shock to see the extremely competent detective be so timid back in the day.  As a thank you for all the driving lessons she gives him a canned coffee with a thank you note.  I thought it was cute that she changed her mind and turned the heart at the end into an exclamation mark instead.  Soo Hyun also sees the walkie talkie and puts a smiley sticker on the bottom.  Dun Dun DUN……….

To make matters worse (or better depending on how things pan out), shady boss informs Soo Hyun that her underling has been investigating Jae Han behind her back.  Also that maybe she should do a better job of keeping control of her men.

Just when you think that the big confrontation is going to take place,  Soo Hyun and Hae Young are interrupted by a young man looking for the cold case to help him solve a mystery.  I am sure it will become important later, but what I focused on is that due to the young man’s comments, Hae Young finds out that Soo Hyun used to be Jae Han’s partner.  Not only that but Soo Hyun gets the info that Hae Young knows a cop by that name.  SO CLOSE.

The mystery I skipped over earlier was the cold case of a model who supposedly committed suicide 20 years earlier.  The kicker was that the model’s fiance, the young man who came to the precinct, just saw her in the restaurant they used to frequent.  There she was sitting, alive and well.  He even had photographic evidence that it was her.  The fiancee wants the cold case squad to discover where she is.

Jump to the past where the same model is selling the missing blue diamond necklace.  Jae Han watches the security feed as she sells the necklace and pockets a black floppy disk that had been in the jewelry case.  The model didn’t seem to know what it was.  Jae Han snags the info of the seller (although he is sure that the last two digits of the phone number are wrong) and is on the trail again.  Or he would be if Bum Joo wasn’t having all his co-workers spy on him.  No one is for sure safe………..except for Soo Hyun who is ignored in the division.

Finally, we see how Soo Hyun and Jae Han become a team. Jae Han has Soo Hyun accomplish all the leg work that he can’t because of his supervisor and no one is the wiser. Also, Soo Hyun is too green to really know what is going on so it is a win-win.

Our detectives go after the Model Girl, only to arrive too late.  Instead of a lead, they find the family mourning the loss of their daughter who had committed suicide.  At the same time, in the present, the Cold Case team are dusting for fingerprints at the cafe where the suspect was seen.  Surprise, surprise, they do indeed find matching prints for the supposed dead girl.

Jae Han goes to the lake where Model Girl supposedly died (he is under the impression that she is indeed dead) and finds out that she had been up there to party with Rich Kid in the past.  Only she returned once by herself and we realize that it is then that the necklace (and floppy disk) are stolen.  Which also explains how Model Girl could still be in danger.  Past and present cases have now been linked.  But what can you do when you through away the magical walkie talkie?

I know this is totally silly of me, but I am as emotionally upset at the discarding of the Walkie Talkie as I was when Soo Hyun died.  Sure I know it will find its way back into Hae Young’s hands, but the trauma is still there. Not to mention it also felt like he was discarding Jae Han at the same time.  What about the people who are going to murder him in the future?  Couldn’t  you spit out a small warning as a parting gift?  I guess I will have to wait for another episode until Hae Young and Jae Han are reunited as Walkie Talkie buddies.  Hopefully, it won’t be longer than that since I am not sure my heart can last that long.

0 thoughts on “Signal Episode 7 – Throwing Away The Past.”