Sweet!  This episode was much better than the last.  I will admit I was a bit concerned at my ability to last 45 more episodes if things continued on the same slow progression.  Not only did we get some great revenge moments, but the chemistry between our three leads was brought to the forefront.  Their chemistry is also what I am going to focus on in this recap.

There was actually a lot of awesome plotting and counter-plotting going on in this episode.  I am not going to go into great detail since I am assuming you are watching the show if you are reading this recap and know what I am talking about.  A lot of the micro expressions on Ki Tan’s face had me very impressed and I finally feel that his character is settling into the revenge mode role. 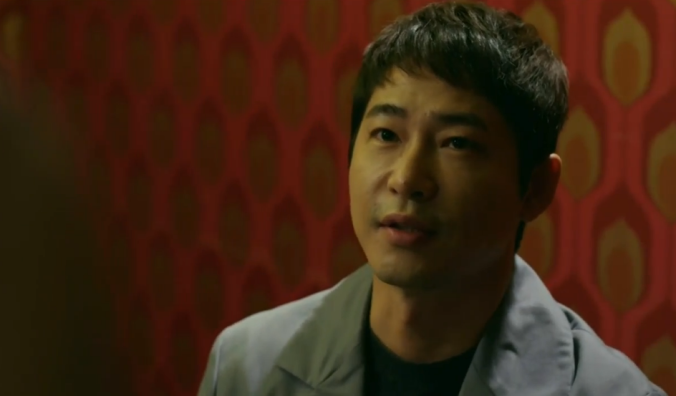 Sure Ki Tan still feels a tiny bit old for the part, but I am trying to remind myself that this drama is covering a good 15 years or so during its airing, so casting someone older is much easier than trying to convince me that a 19-year-old boy is somehow 40.  Now that he is finally getting out of the school uniform I am sure I can handle it.

I also love how near the end of the episode Greedy Uncle imparts the wisdom that Gun Woo shouldn’t see Ki Tan as the enemy.  Instead, Gun Woo needs to look at Dodo Group as the enemy.  This seemed to strike a cord with Gun Woo and sets up my future revenge duo of Gun Woo and Ki Tan nicely.  Is it too soon to start thinking up a couple name for these two? 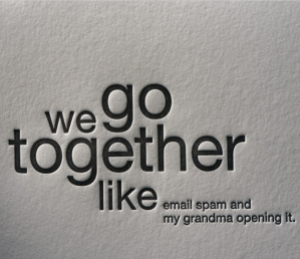 But I get ahead of myself.  Right now we don’t have couples, but a trio of awesomeness in the form of Ki Tan, Gun Woo, and Soo Yeon.  They shift between competitors and grudging confidants throughout the whole episode giving us these little gem moments. 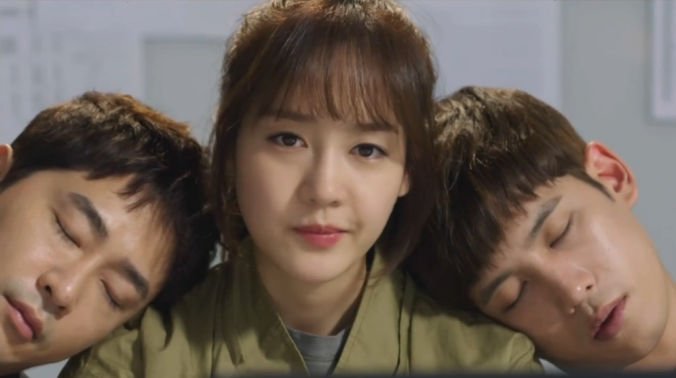 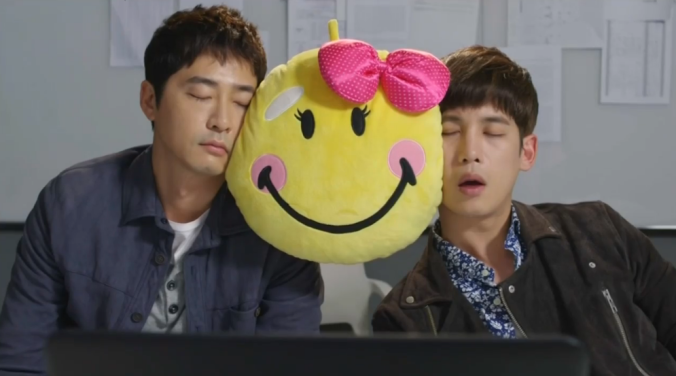 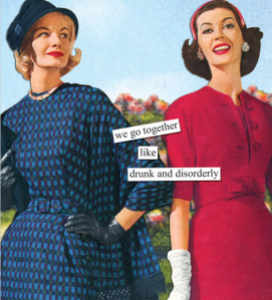 So much fun and kooky skinship.  I especially love when the boys are trying to convince Soo Yeon that they always wanted to be on her team.  Hahaha, that is a sandwich I would be happy to be in.

We also watched our first OTP “moment” as Ki Tan finds Soo Yeon sleeping in the jail, trying to discover the location of the industrial spy.  His memory goes to the past and his first love.  Unable to help himself, Ki Tan runs his hands down Soo Yeon’s sleeping face.  I love that Soo Yeon wakes up and asks, “Is this your hobby?  do you like touching people’s faces while they sleep?”  For the first time, I am starting to anticipate their future romance.

I am so happy that things are looking up!  Judging from the trailer for episode 6 we are setting up for some awesome comedy from our leading men.  Also we get the much awaited cameo from Bo Lin Chen.  Be sure to check back as I report on all the fun hijinks to come.