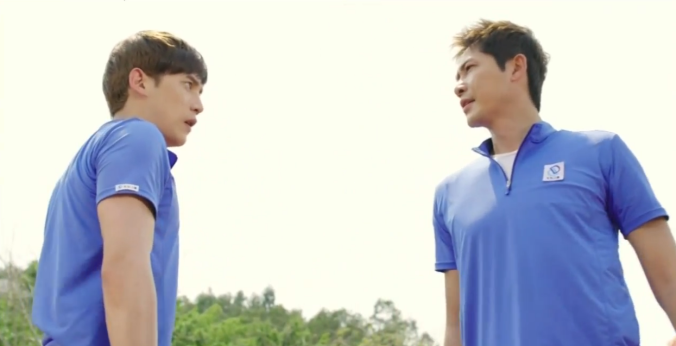 Mirror mirror on the wall, who is the most makjangiest of them all? That is the question I am going to be focusing on as I chat about episode 3 of Monster.  Because if you have not already noticed, this drama is not shy in throwing every trope and splashing the makjang liberally on all our characters.

Some of you might be asking the question “What is makjang?”  I made this super simple, non makjang, postcard to explain.

So, in other words, if you say “what the freaking fudge!” at any moment of the episode, you are experiencing the makjang effect.  Done poorly, it can be extremely annoying.  Thankfully, these writers do this style of drama very very well.

Now that you understand the basics, let’s decide who out of our cast wins the award for being the most makjang.

Our first contender is the much afflicted Ki Tan

I love that even his dreams are 100% makjang. Ki Tan starts with a voice over, “Every Night I Die” and we witness a nightmare where a still blind Ki Tan is being chased by his uncle.  He is hit by a car (who honks 20 times before impact………I am pretty sure you can stop if you have the time to honk your horn 20 times) and is then choked to death by Greedy Uncle. 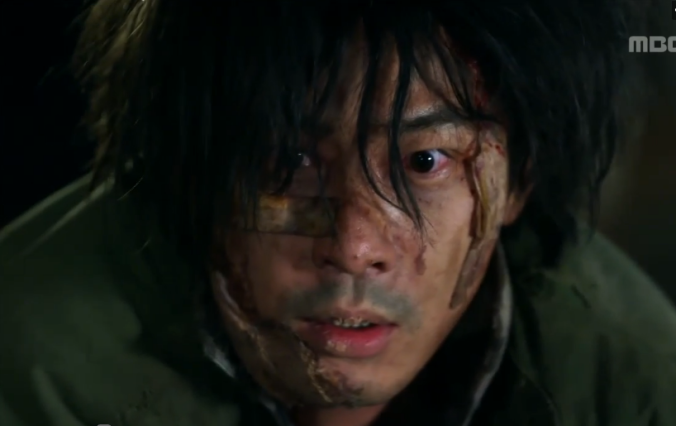 They chose a really good actor to be the “bogeyman” for Ki Tan.  His uncle really comes across as evil.  And not just your garden-variety greedy and entitled bad guy (although he is all those things as well.) but truly evil.

Thankfully we see that this was indeed just a dream.  But even awake, Ki Tan is a total mess. Why do they make him look more like a leper than just homeless and blind?  I guess that they are going for a makjang version of the look, but in my personal opinion, they took it one plastered on dirty band-aid, too far. 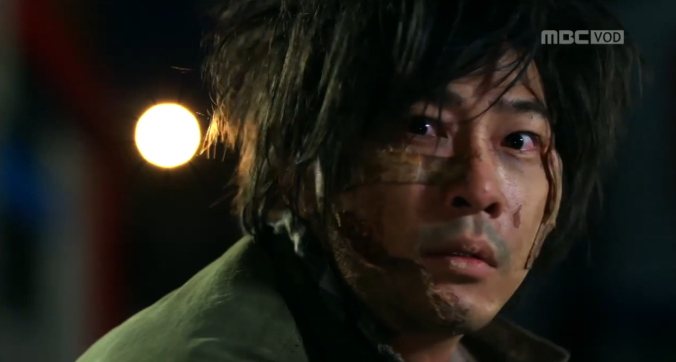 Thankfully his stint as the unkempt beggar is short-lived, at least on screen. He runs into Secretary Oh (the double agent) who offers to take him away from this life if he will “donate” blood to the people she works for recreating the anti-serum. As compensation, they will provide him with money, a new identity, and a US education. Ki Tan can also get his eye surgery that will return his sight.

While we are on the topic of Ki Tan’s eye surgery, can we mention the loud opera style music blaring as he gets prepped for surgery? It put me more in the mood for an epic military battle than just a simple eye surgery. I love myself a good operetta , but this is just cracking me up.

While Ki Tan recovers from his intense eye surgery, let’s chat about a new character Do Gun Woo who is giving Ki Tan a run for the King of Makjang title.

We first come across Gun Woo in full freak out mode waving around a gun. It turns out he just shot his step-father (mother’s boyfriend?) when Greedy Uncle comes across him. We see Gun Woo’s mom sniffling in the corner, obviously a total mess, and drug paraphernalia scattered all along the table.

Greedy Uncle calms our crazy 2nd lead and imparts the knowledge that he knows Gun Woo’s father who used and discarded his mom. Keep in mind that this conversation is happening while they watch Gun Woo’s mother being led away by the cops for the murder of her husband.  WOOT!  We have a murdering khottie with a birth secret! 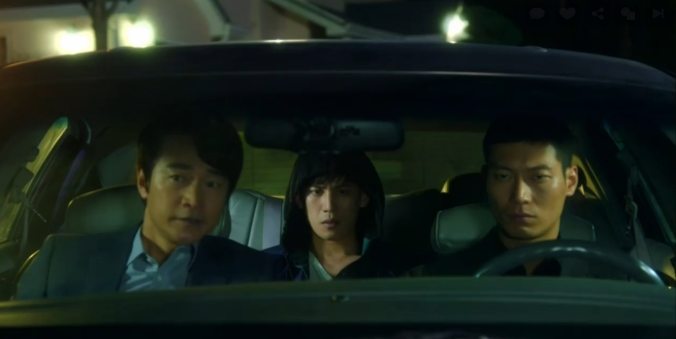 Greedy Uncle convinces Gun Woo that his mom will get 3 years max since it is going to look like self-defense.  In the meantime, Greedy Uncle will provide money for Gun Woo’s schooling and they will screw over father dearest (the chairman) in the future. 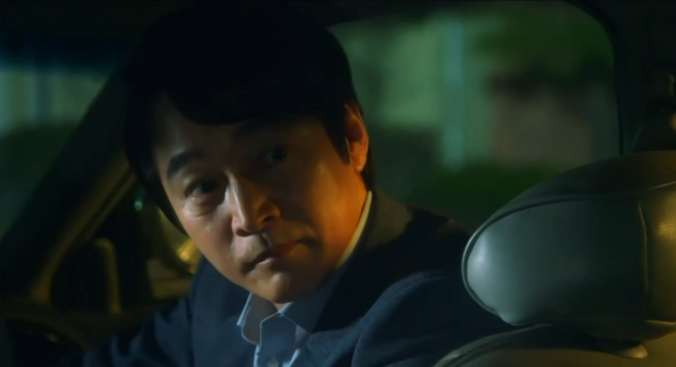 Jump ahead 5 years where we see Gun Woo arrive in Seoul.  His mother has died and it looks like his crazy is barely being held in check (at least, whenever he is around his father or his father’s underlings. Including Greedy Uncle). I can’t have been the only one who laughed when Gun Woo’s unsuspecting half brother yells out that he looks like a nutcase and kind of a psycho. Hahaha, I love this drama.

You know someone is throwing out the crazy vibes when this entitled schmuck picks up on it.  But I am getting ahead of myself.  Let’s jump back and discuss our leading lady who also has her own moments of Makjang swirling in her backstory.

For one, she has changed her name to Oh Soo Yeon (which we will call her from now on). I guess that there was some type of fire and she and her brother are presumed dead. Soo Yeon’s father did, in fact, pass away and Soo Yeon is trying to infiltrate Greedy Uncle’s company in order to get revenge.

Hm.  It looks like Soo Yeon is the loser of the makjang contest since so far, she seems pretty chipper. I am actually enjoying that someone is a bit quirkier without feeling they are one step away from planning a murder. Sure, Soo Yeon is also looking for revenge, but it is more a revenge light kind of thing.

Dodo Group (The Makjangiest of Employers)

I also like how they brought all our characters together by being possible candidates to work for Dodo group.  A group, that I would like to point out, which is also makjang to the extreme. I cracked up that they treat their perspective employees like a cross between newbies at a military boot camp and international spies.

Let’s take a minute to chat about the lie detector test. There is the possibility of a spy sneaking in through the batch of newbie hires so the interviews, of course, involve a lie detector. Because that totally makes sense. This ends up being the most ineffective lie detector test ever.  Laugh** Maybe they should ask something a bit more straightforward. For example, “Are you on a quest for revenge and want to destroy the company from inside?” Or maybe, “Are you a spy?” Or even, “Do you have nefarious deeds in mind if you get hired?” All better questions than those that were asked and answered.

All the potential employees pass (rolling my eyes) and are sent to boot camp where the goal is to become the Shadow Agent who will be the only one acknowledged by the Chairman. So begins the rivalry between Ki Tan and Gun Woo which I LOVE!  They are so cute fighting each other and sending smirking looks back and forth. This is my new favorite couple of the show. Is it too much to ask that these two eventually end up working together for revenge?  They more or less hate the same people so it is a win for them and a win for the viewers getting to watch these two be completely crazy.

After watching the full episode I think we have to call it a tie between our future bromance.  They each have their own brand of crazy and I look forward to seeing it spill forth in all its nutjob glory.