It is an intense hour where the rules of the two worlds shift yet again.  This time for the worst where our hero and heroine are concerned.  But from a narrative standpoint, it is fascinating.  We find out what happens when the bad guys get control of the story and use this loophole to change the game.

We Are one Soul

This might have been one of my favorite scenes of the episode.  We get a quick rewind from where we left off last week and witness Webtoon Dad’s descent into facelessness.  Eek.  This is seriously so creepy.

Webtoon Dad is busy creating his planned ending where the prosecutor and killer are dealt with and Kang Cheol gets his happy ever after.  But things go awry as the tend to do when you bring your psychotic killer character into a state of self-awareness.  Can I yet again just state that being a writer in this drama truly sucks.  Is it any surprise that the savvy murderer takes over weak-willed drunk dad with ease? 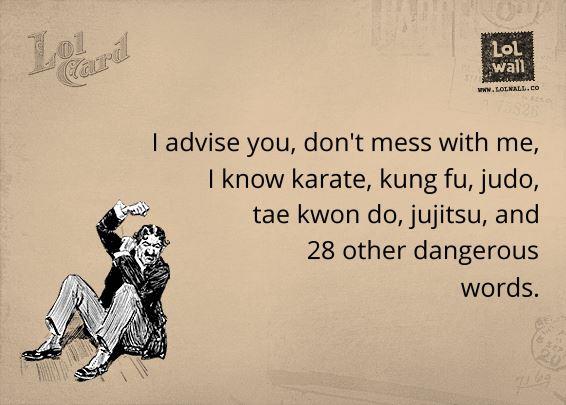 Webtoon Killer is thrilled that he now officially is more than a faceless entity, “Was this my face? Yes, this was me. I was you. This face suits me well. You wanted to kill Kang Chul too, just like me.”  He is not so thrilled to find out that Dad planned to wuss him out and kill him off.  Hence the whole taking Dad’s face, turning him into some kind of zombie illustrator who only does what the killer commands.   Have to admit I am not 100% sure how he took over Webtoon Dad’s free will, but it is still a cool and unexpected plot twist. 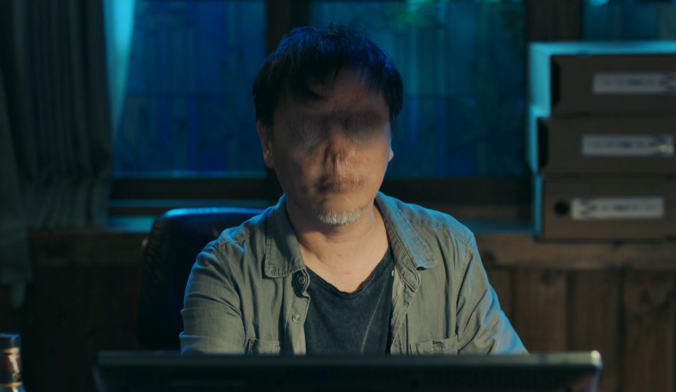 Yeon Joo continues to be stuck in the webtoon world.  Only this time there is nothing for her to do which means it is time for a soju box on the roof.  Not that I drink, but if I did, I totally would want a juice box full of alcohol.  Do they even sell those in the US?

And who should arrive but her soulmate Kang Chul who of course notices the odd doctor and inquires if a doctor should be drinking.  Phttt. Yeon Joo gives the excuse that she is off work so it is fine and Kang Chul snags a sip.  I laughed when Yeon Joo pulls a third drink from her pocket and allows him to keep the one he was sipping from. 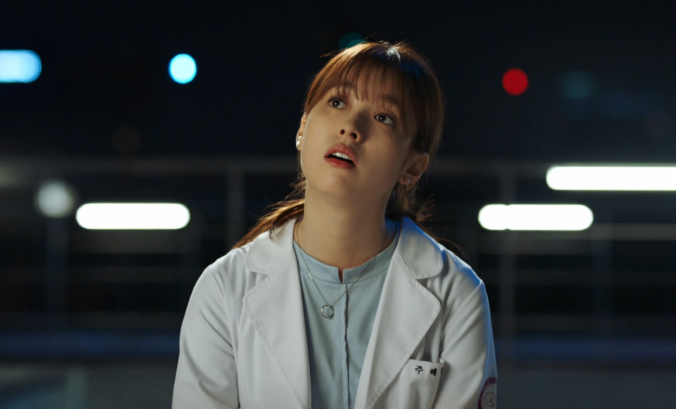 It was also very tragic as Yeon Joo had to watch Kang Chul drift out of her life again.  It really brings to the forefront that she is just an extra in his story now.

Homeless, Nameless, and Starving ………..This Sucks

Reality……….Webtoon World reality…… comes crashing down on our poor heroine as she realizes that she is stuck somewhere with no name, no money, and nowhere to go as she waits to be sucked back into the real world.  It would be so frustrating to not even be able to be proactive since she is trying to stay out of Kang Chul’s sphere and can not startle him into ending a chapter. 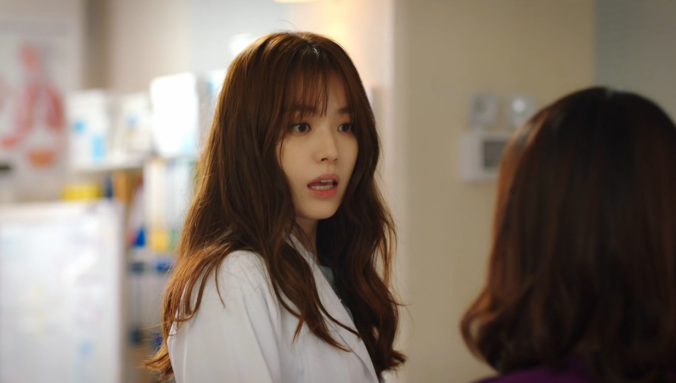 I am actually surprised that Yeon Joo stays hidden in the hospital for so long and manages to stay hidden.  But all horrible things come to an end and she does indeed get made and must run away from the hospital for fear of discovery.  So what is a girl supposed to do when she is starving and has nowhere to go?  Break into the one apartment you know the key code to of course.

Just A Tiny Bit of B&E

Yeon Joo notices So Hee going into the hospital.  Which means that her apartment is empty and ripe for the pickings.  Which is just what Yeon Joo does gathering up money, new clothes, and cooking some much-needed ramyun.  It is just her bad luck that Kang Chul is at So Hee’s apartment to get a missing document and discovers our starving heroine.

It is at this point you can tell that Yeon Joo is at the end of her rope.  She begs to be able to eat the cooking ramyun while they wait for the police, not even flinching when Kang Chul mentions going to prison.  Yeon Joo simply replies that prison would be preferable since then she would be able to eat and have somewhere to sleep.

Yeon Joo then goes into complete breakdown mumbling about Kang Chul not being kind and just leaving her alone because she can’t deal with it.  Not to mention why they even did this when things had turned out so wrong.

Kang Chul is touched by her meltdown and for whatever reason decides that Yeon Joo needs to go with him for more questioning.

It gets even worse as Kang Chul is shot while trying to escape and is alive only thanks to Yeon Joo’s help.  They hide in a seedy motel and Yeon Joo tries to control the bleeding to no avail. 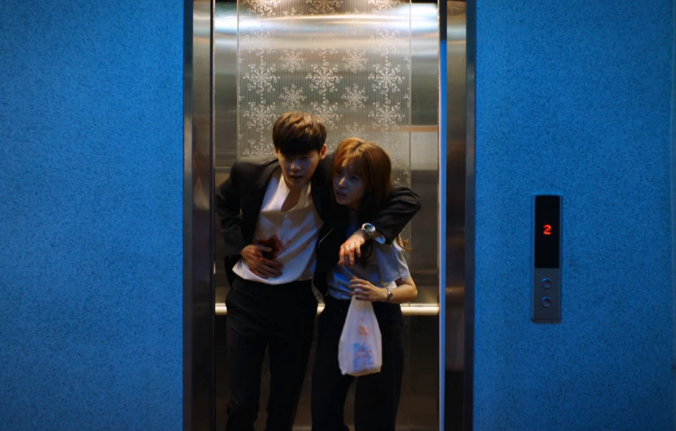 What is an Episode of W-Two Worlds Without A Kiss?

Knowing that she will only be able to help Kang Chul by returning to her own world, Seon Joo tearfully tells Kang Chul to stay strong and she will be right back with supplies.  Stating, “I have to get out of here, so I really hope this works again…” Yeon Joo slowly kisses Kang Chul (I loved how her tears made it look like he was also crying… great directing.)  and the “To be continued…” sign appears.

Wow.  I love how the writer is taking all the standard drama tropes and twisting them into new and interesting twists.  The fact that the bad guys are literally writing the webtoon was very unexpected and I am really enjoying this twist.  It makes the usual amnesia storyline so much more intense and interesting when there are huge stakes on the line.

I am looking forward to how far the writer takes this plot line and I can’t wait to see how Kang Chul regains his memory.  If nothing else, I am sure it will be memorable… for the viewers anyway.